A lake effect snow advisory is in effect for Cortland County from 5 a.m. Monday through 10 a.m. Tuesday. Northern parts of the county could see up to 6 inches of snow by 7 p.m. Tuesday.

Wind chills could drop as low as -15 degrees Monday night, according to The National Weather Service. 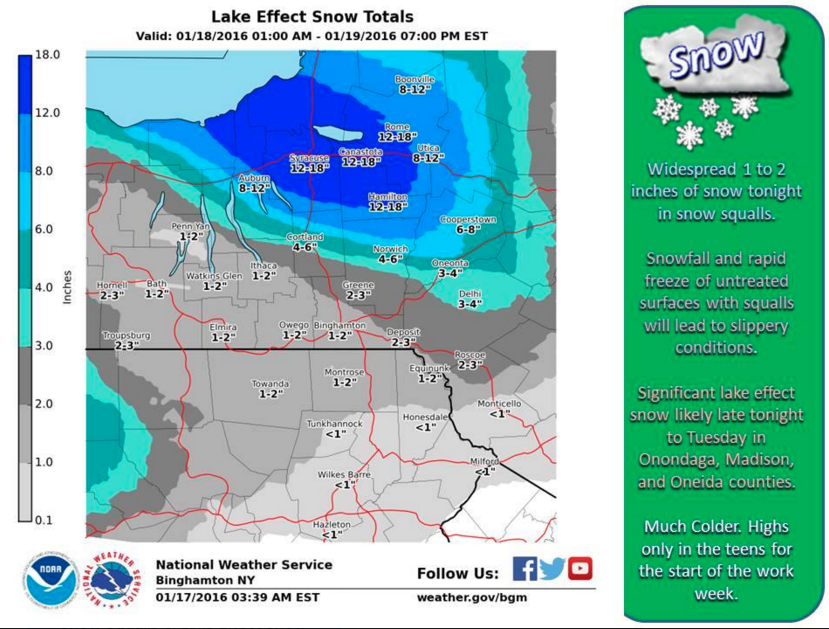 The advisory is also in effect for southern Cayuga county and northern portions of Chenango and Otsego counties.

Lake effect snow is expected to develop around sunrise Monday and intensify during the afternoon. This will likely create slippery travel and poor visibilities in snow and blowing snow, forecasters say.

Wind chills will fall between -5 to -15 degrees early Tuesday morning.

The National Weather Service advises drivers to use caution when traveling during the next two days.