ITHACA, N.Y. — A Groton man was sentenced to 4 years in prison Monday morning for sexually abusing a 13-year-old girl on at least one occasion in 2014.

"I'm very proud of my daughter for standing up for herself. She is a very strong and amazing young lady," Franklin read.

The letter went on to say that the family is disappointed that Leonard has not taken responsibility for his actions.

Franklin also said before sentencing that a 36-year-old woman came forward during the proceedings to say that she'd also been abused by Leonard while growing up, and previously drove more than seven hours to attend a court appearance in support of the 13-year-old victim.

"This man has been sexually abusing girls for over 36 years," Franklin said.

She said Leonard has also been convicted of endanger the welfare of a child in Homer and is facing other sex abuse charges in Freeville.

One of the cases involves Leonard sending text messages to a teen that were pornographic in nature.

She recommended the maximum sentence of four years in prison and 10 years of post-release supervision.

Attorney Richard Van Donsel said his client should only face local time in jail and that Leonard maintains his innocence.

"I can't believe that I would be put up in jail for something I never did," Leonard said. "Everything still looks like it's totally against me and I don't know why."

He went on to say that he disagreed with the jury's verdict and thought people who testified during the trial lied.

Judge John Rowley said, "It's not unusual for the child victim in a case like this to become the bad person -- the liar...It's disturbing though, it is.

He said that in addition to taking the jury's verdict into consideration during sentencing, he would also consider other charges against Leonard, including the pornographic texts Leonard had sent to a teen.

"I think this crime requires a maximum sentence with regard to the sentencing standards," Rowley said.

Leonard was sentenced to four years in prison for the first-degree sexual abuse charge and will serve a year in jail concurrently for endangering the welfare of a child. An order of protection is also placed to keep Leonard away from the victim and her family. 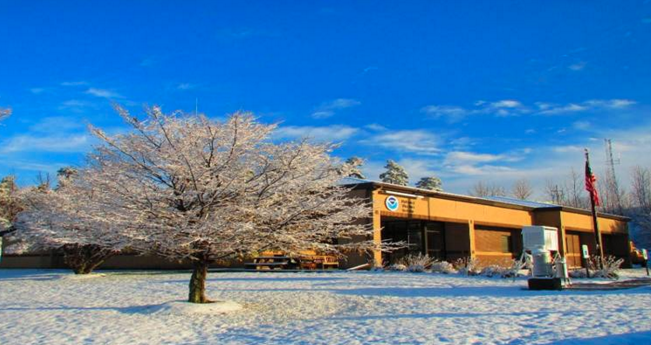