WATKINS GLEN, N.Y. — Howie Hawkins, a two-time challenger to Governor Andrew Cuomo representing the Green Party, was arrested for protesting at the Crestwood Gas Facility at Seneca Lake, according to the Syracuse Post-Standard.

Hawkins, along with 12 other people, blockaded the entrance the facility on Tuesday morning, according to social media posts from activist group We Are Seneca Lake. 11 of the protesters, including Hawkins, are military veterans. All 13 were arrested by Schuyler County deputies.

At the time of this writing, the exact charges were not revealed, but the frequent protests at the facility have typically resulted in disorderly conduct charges. According to Hawkins' twitter, the protesters have been processed and released.

According to a the Post-Standard report, Hawkins made a statement at the protest describing fracking and natural gas storage as "inherently dangerous" and demanding "a crash program to build a 100% renewable energy program in New York State" to stop global warming.

Hawkins ran for Governor in both 2010 and 2014. While Hawkins only got 5 percent of the vote in 2014, he enjoyed greater support in 2014, particularly in Tompkins County, where three times as many people voted for him as did in 2010. 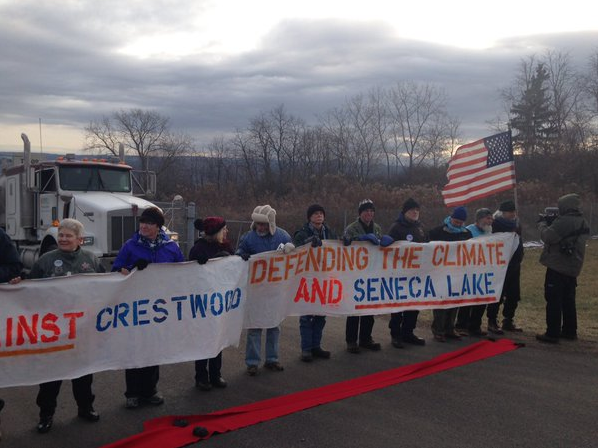 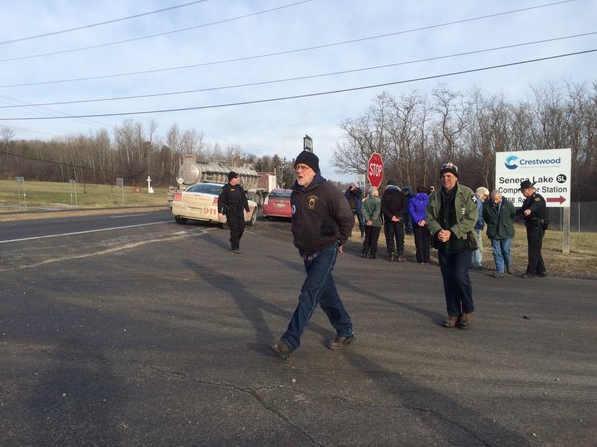