CORTLAND, N.Y. — A Virgil man was sentenced in Cortland County Court Thursday to 20 years to life in state prison in connection with the murder of a 16-year-old Cortland teen last May.

Michael S. Hammond II, 24, previously pleaded guilty in January to second-degree murder in the death of Amie Leland, who was a 16-year-old student at Cortland High School.

Leland was found dead in her Lincoln Avenue home on May 8 by a family member. According to police, Hammond had visited Leland's home earlier that afternoon, where the two got into a heated argument. Hammond stabbed Leland with a handled paring knife and bludgeoned her with a wooden stool and an aluminum baseball bat, police said.

During sentencing Thursday, Judge Julie Campbell described Hammond's case as unique given his lack of any criminal history or disciplinary record in school. 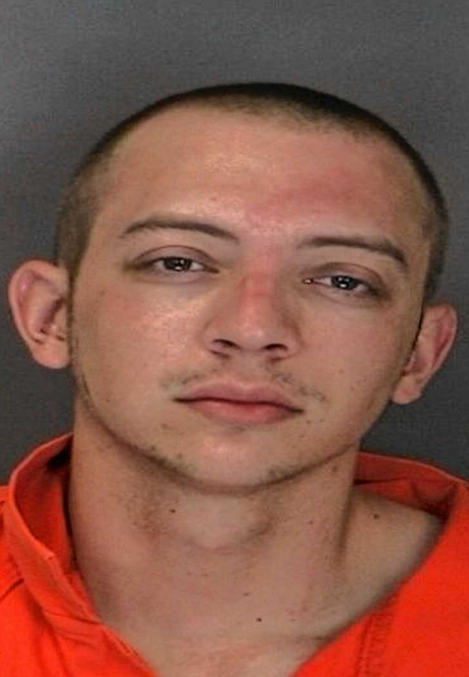 "If these factors were present, it could explain why these events happened," Campbell said.

At the request of the victim's family, prosecutors sought a plea deal rather than bringing the case to trial, according to Cortland County District Attorney Mark Suben.

"There is no sentence that could conceivably bring justice to this case," Suben said. "I know they appreciate not reliving the brutal details of the murder in a trial."

Several family members of Amie Leland spoke during Hammond's sentencing Thursday. Many wore shirts with Amie's face on the front that read "Justice for Amie." On the back of the shirt, a quote reads "Start each day with a positive thought," which they attribute to Amie.

Brenda Leland Heller, who was Amie's aunt, showed a picture of Amie to members of the court and described the "ripple effects" her death has had on her family and the Cortland community.

Roseann Miller, who was Amie's nanny, said the birth of her granddaughter "was the best day of my life."

"Amie had so much life to celebrate," Miller said. "Michael [Hammond] took so much from Amie and her family. Michael professed to love Amie, look at what his love did to her and her family. We do not love like that. Our love is true and deep, not destructive."

Miller said Amie had plans to attend SUNY Oneonta and become a schoolteacher.

During Thursday's hearing, Hammond sat motionless, staring down at the table in front of him. He spoke briefly during sentencing.

"Every day goes by, I wish this never happened," Hammond said. "Saying sorry will never be good enough." Hammond's attorney, Christopher Grace, says his client has shown remorse and accepted responsibility for his actions.

Family members of Amie Leland have set up a scholarship fund for the 2016 graduating class at Cortland High School. Those interested in donating to the scholarship fund can email Jessica Miller at [email protected]