Creative fiction specialist David Franke will discuss how the old folklore of the Tully Valley area of upstate New York has deeply influenced how people living there today view their surroundings, on Thursday, Feb. 18, at SUNY Cortland. 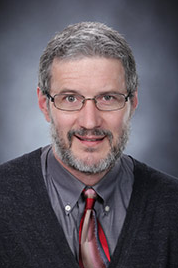 Franke, who teaches creative, technical and nonfiction writing in the Professional Writing Program in SUNY Cortland’s English Department, will speak at 4:30 p.m. in Old Main Colloquium.

The series explores the role that local communities play in the greater society’s achievement of economic health, environmental resilience and overcoming inequalities of all types. Presented by the College’s Cultural and Intellectual Climate Committee (CICC), all the events are free and open to the public. His presentation, titled “Place as Voice,” fits into SUNY Cortland’s yearlong program of lectures, panel discussions, exhibitions and concerts themed on “Where Are We?”

A total of five “Where Are We?” events are scheduled through the end of March.

A long-time member of the College’s Faculty Writing Group on campus, Franke’s focus is rhetoric and the ways that writing shapes the way people behave and think. He writes in many genres, from poetry to technical documents.

“After moving to the Tully Valley north of Cortland, I discovered that this ancient locale is inscribed with many competing stories of what place and nature might mean,” said Franke, who also leads the Seven Valleys Writing Project, a cross-curricular leadership program for teachers that helps them use writing to learn with their K-12 students.

“Making sense of these stories requires a language that can accommodate everything from geology to politics to dreams,” he said. “In this paper, I try to reveal a place that speaks in multiple, incommensurate voices.”

“This Changes Everything,” a film that addresses whether confronting the climate crisis is the best chance humans will ever get to build a better world, will be screened at 7 p.m. on Thursday, Feb. 25, in Sperry Center, Room 104.

The movie is directed by Avi Lewis and inspired by Naomi Klein’s international non-fiction bestseller by the same name. The film presents seven powerful portraits of communities on the front lines, from Montana’s Powder River Basin to the Alberta Tar Sands, from the coast of South India to Beijing and beyond.

Geographer and local author Joseph Brownell will revisit a famous murder that is deeply imprinted in the memory of upstate New York residents: the more than century old killing of Cortland’s Grace Brown by Chester Gillette at Big Moose Lake.

Brownell, a SUNY Cortland professor emeritus of geography, will address “A Farm Girl — Billie: The Gillette Murder Case 110 Years After,” at 7 p.m. Tuesday, March 22, on the second floor of Memorial Library.

Brownell will discuss one of the most famous criminal acts in New York state’s history. Shared by a media frenzy fueled by the sensational newspaper reporting of 1906, this “crime of the century” seeped into the American culture. The story of Chester and Grace also was the inspiration for Theodore Dreiser’s novel An American Tragedy and the Hollywood movie “A Place in the Sun.”

Brownell is the author of Adirondack Tragedy: The Gillette Murder Case of 1906 and Cortland to the Adirondacks: A Fateful Journey in 1906.

A panel of parents from Cortland, Ithaca and Dryden will describe their motivation for refusing to let schools administer to their children the standardized tests put in place by New York state.

These parents — who personify the movement to take control of the testing requirements for students by having their children “opt out” of the tests — will share how this local activism has spread beyond each family’s decision.

The event is co-sponsored by Cortland’s Urban Recruitment of Educators (C.U.R.E.) Program.

Howard Lindh, a lecturer and scenic designer emeritus with the College’s Performing Arts Department, will give a multi-media presentation titled “Our Town: Cortland Then and Now” on Tuesday, March 29.

By holding an annual series on a different intellectual theme, the CICC committee aims to generate common topics of discussion and to establish traditions of intellectual discourse on campus. The series encourages faculty and staff to infuse the theme into their course curricula, engage in classroom discussions and debates around the theme, and propose campus events or speakers on topics connected to the theme.

The series also is sponsored by the Campus Artist and Lecture Series, the Provost and Vice President for Academic Affairs’ Office, the President’s Office and the Cortland College Foundation. 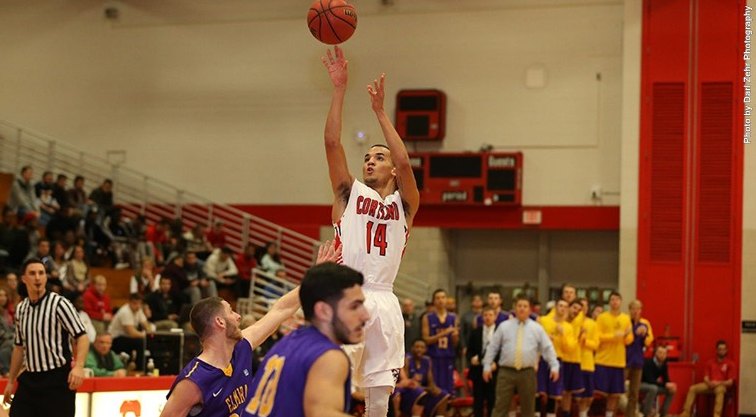