FAYETTEVILLE, N.C. – Cortland clinched first place at the five-team Methodist University Diamond Invitational after defeating Neumann, 8-6, and Lynchburg, 4-0, to finish with a 4-0 record at the tournament. The nationally top-ranked Red Dragons improved to 6-0 overall with the victories.

Cortland will travel to Baltimore next weekend for two games versus Johns Hopkins University. The teams will play at 1 p.m. both Saturday and Sunday.

Cortland scored four times in the bottom of the seventh to break a 4-4 tie, and the Red Dragons held off a late charge by the Knights (1-1). Freshman Kashaun Curry (Middletown) earned his first win with three and two-thirds innings of two-hit relief. He struck out five, walked one and gave up three runs. Adam Brant (Hyde Park/Our Lady of Lourdes) tossed a scoreless final inning and a third for his second save of the season. He gave up two hits with one strikeout and no walks.

Kristian DeLuzio started for Neumann and pitched into the seventh inning. He gave up 13 hits and three walks with five strikeouts in six and two-thirds innings. Six of the seven runs he allowed were earned.

Cortland's winning rally featured an Austin Clock (Niskayuna) RBI single, a Justin Teague (North Syracuse/Cicero-North Syracuse) two-run single and an error that allowed the fourth run to score. Neumann came back with two in the top of the eighth to cut Cortland's lead to 8-6 when pinch hitter Kelvin Ortiz's fly ball to right off Brant was lost in the sun for a two-run single. Brant got a pop-up to end the inning, and he allowed only a one-out single in the ninth. 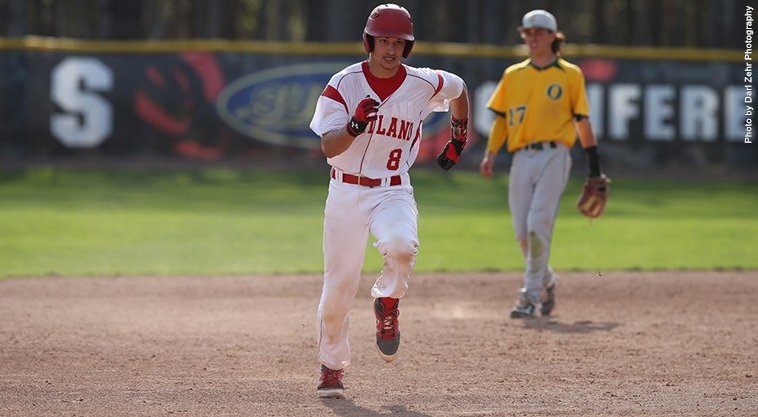 Cortland led 2-0 in the first on RBI singles by Steven Figueroa (Bronx/St. Raymond's) and Connor Griffin (Cortland), but Neumann tied it in the second on Chuck Trentler's two-run double. The Knights took a 3-2 lead in the fourth on a Sam Banks RBI double.

Cortland put up two runs in the bottom of the inning on an error during a failed pickoff attempt and a Nick Hart (Fredonia) RBI single. Neumann, however, knotted the game at 4-4 in the top of the seventh on an error, a Trentler sac bunt and a passed ball.

Five Red Dragons posted two hits apiece as part of a 14-hit attack. Paul Dondero (East Islip), Fabio Ricci (Hawthorne/Westlake), Griffin and Teague each finished 2-for-4 and Hart was 2-for-5. Spencer Young was 2-for-2 with two walks and two runs scored and AJ Koscelansky went 2-for-5 for the Knights.

Senior Tanner Whiteman (Cazenovia) and two relievers combined on a two-hit shutout to defeat the Hornets (3-7). Whiteman earned the win after allowing two singles, both in the first inning, in six innings. He struck out seven and walked three. Ryan Koval (Cold Spring/Haldane) retired the side in order in both the seventh and eighth innings, striking out three, and Turner Parry (Syracuse/West Genesee) struck out three batters after allowing a leadoff walk in the ninth.

Cortland scored an unearned run in the top of the first when Hart reached second on an error, took third on a wild pitch and scored on a Marcos Perivolaris (Mattituck) RBI double. Lynchburg threatened in the bottom of the first with runners on first and third and one out after a Thomas Powell single, a steal, a wild pitch and a Joe Tomasulo infield single, but Whiteman got the next batter to ground into an inning-ending 6-4-3 double play.

The Hornets also had a good chance go by the board in the sixth. The Hornets got runners to second and third with one out on two errors - one that allowed Powell to reach and a wild pickoff throw that moved him to third. Tomasulo walked and went to second on a wild pitch, but Whiteman induced a groundout back to the mound for the second out and struck out the next hitter.

The score remained 1-0 until the seventh. Ricci led off with a single, took second on a groundout, went to third on a wild pitch and scored on Clock's sacrifice fly to left. The Red Dragons added two insurance runs in the ninth on three consecutive one-out singles by Ricci, Matt Personius (Binghamton/Chenango Valley) and Clock, the last of which drove in a run, and a Keith Andrews (East Northport/Commack) sac fly.

Ricci finished 2-for-2 off the bench with two runs scored and Clock was 1-for-1 with a sac fly and two RBI. 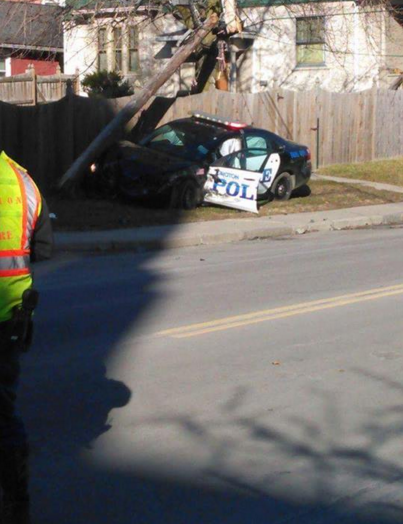