Home›Featured›Dryden rallies behind teacher: "She does not teach music, she teaches life"

DRYDEN, N.Y. – Music teacher Krista Easton is hailed by students and parents as one of the best things to happen to the Dryden School District. On Thursday, Feb. 25, she was escorted off school grounds and placed on leave.

Following an announcement early in February that Easton would not be granted tenure following her two-year probationary contract, the community began to rally in support of the teacher and Dryden's music program.

The sudden ouster came roughly two weeks before the debut of the Dryden High School musical, "Zombie Prom," which Easton was set to direct.

In two consecutive Board of Education meetings on Feb. 8 and Feb. 22., dozens of students and parents spoke at length in support of Easton. Many students expressed how Easton had engendered in them a love of music

A Facebook group called Project Easton became the hub for the movement supporting Easton. They printed t-shirts and signs lauding the "culture of excellence" that Easton helped create.

"Sing to the Ducks" became the rallying cry, coined after a sixth-grade student Julian Speight shared how Easton's advice helped him work through his difficulties with chores at home by singing, as supporters explained to the Ithaca Times.

"As many children in this country, I was a child of divorce. I misbehaved in school and I was mean to kids because I just didn't care. Because of Mrs. Easton, now I care. She's helped me more than anyone else could. I see a future now for myself in music," another student told the school board at the Feb. 22 meeting.

"It's a bit cliche, but I can say she is one of those people you will meet once in a lifetime," said another supporter.

Another of Easton's students, Emily Gordon, wrote to Project Easton page, "She does not teach music, she teaches life... While yes, she does teach music to students, her main teaching is life however. How to act, the importance of respect (for others and yourself), how to treat others, to have fun, and most importantly, to look for the love in all situations no matter how hard it is."

Easton's contract was set to expire in May, making her sudden ouster that much more distressing to her supporters.

Adding fuel to the fire, the decision to remove Easton occurred just two weeks before the debut of Dryden High School's musical, "Zombie Prom," which she was set to direct.

The district has remained tight-lipped on the issue. Anyone who knows why Easton was placed on leave isn't saying.

In a letter sent out on the day of Easton's removal, Dryden Superintendent Sandy Sherwood wrote a brief letter to students explaining that Easton would be replaced by a substitute. Sherwood noted, “Mrs. Easton has not been let go. Since this is a personnel action, I can’t really say much – it is a very unfortunate situation."

The Dryden school board scheduled a special meeting for Wednesday, March 2.

Action will be taken on the result of that meeting during the March 14 Board of Education meeting. 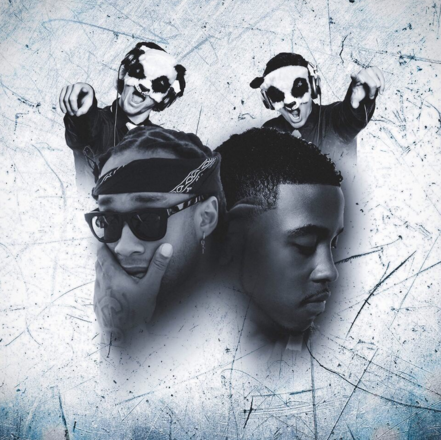