Organized by the College’s Student Activities Board (SAB), the show is slated to begin at 7 p.m., with doors opening at 6 p.m. Only a limited number of tickets will be sold.

Ticket sale times will be released closer to these dates.

The White Panda, an electronic pop duo that experiments with mash-ups of popular songs, previously performed at SUNY Cortland for the College’s Cortaca Jug concert in 2014, entertaining a capacity crowd in the Moffett Center Gymnasium. Tom Evans and Dan Griffith, the Chicago pair behind The White Panda, reached Soundcloud’s top five most-played artists in 2011. They also have produced 27 singles to reach No. 1 on Hype Machine.

The band has toured alongside Mac Miller, Mike Posner, Wale and Ghostland while also sharing the stage with MGMT, Steve Akoi, Gym Class Heroes and Dispatch. The White Panda has released six albums to date, including their most recent, “The Pawprint,” which came out in early December.

Jeremih, a 2016 Grammy nominee and Chicago native born Jeremy Felton, has topped the Billboard Hot R&B/Hip Hop chart and has produced three Billboard top-ten hits since 2009. Performing on the Def Jam Recording label, he earned an iHeartRadio Music Award for Hip Hop/R&B Song of the Year in 2015 for the single, “Don’t Tell ’Em,” featuring YG. He also has received nominations at the American Music Awards, the NAACP Awards and the Billboard Music Awards.

Jeremih’s third and most recent studio album, “Late Nights,” was released in December and features collaborations with J. Cole, Big Sean, Future and Ty Dolla $ign. His next album is expected out later this year.

Ty Dolla $ign, a Los Angeles-based artist born Tyrone Griffin, has performed alongside past SUNY Cortland Spring Fling headliners Wiz Khalifa and Big Sean as well as Chris Brown, Tyga and others. He released his first mixtape, “Beach House,” in 2012 followed by a second recording, “Beach House 2,” which featured guest appearances from Wiz Khalifa, Too $hort and Juicy J.

The College’s annual Spring Fling carnival will take place from noon to 3 p.m. the same day of the concert on the lawn in front of Moffett Center. 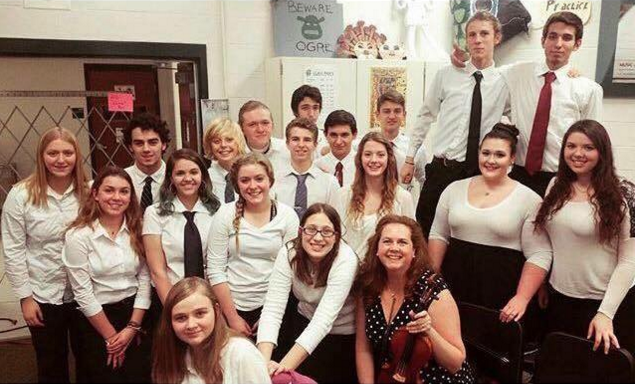 Dryden rallies behind teacher: "She does not ...