BALTIMORE, MD. – Matt Personius (Binghamton/Chenango Valley) went 2-for-4 with two RBI and Austin Clock (Niskayuna) was 2-for-3 with a walk and two runs scored as Cortland defeated host Johns Hopkins, 4-2, to complete a weekend sweep of the Blue Jays.

Cortland, ranked first nationally, improved to 8-0 and has won 17 straight games dating back to last season. Johns Hopkins is now 1-4-1, with three of its losses coming to teams ranked in the top five nationally.

Tanner Whiteman (Cazenovia) started for Cortland and earned the win as the Red Dragons predetermined to use multiple pitchers for the second straight day. He allowed four hits and two runs, struck out four and walked none in four and two thirds innings. Whiteman is 3-0 on the season. Turner Parry (Syracuse/West Genesee), Cortland's second reliever, recorded two hitless and scoreless innings with four strikeouts and one walk. Seth Lamando (Hopewell Junction/Roy C. Ketcham), normally a starter, was the Red Dragons' fourth and final reliever and earned the save after allowing no runs on one hit and one walk in an inning and a third. He fanned two batters. 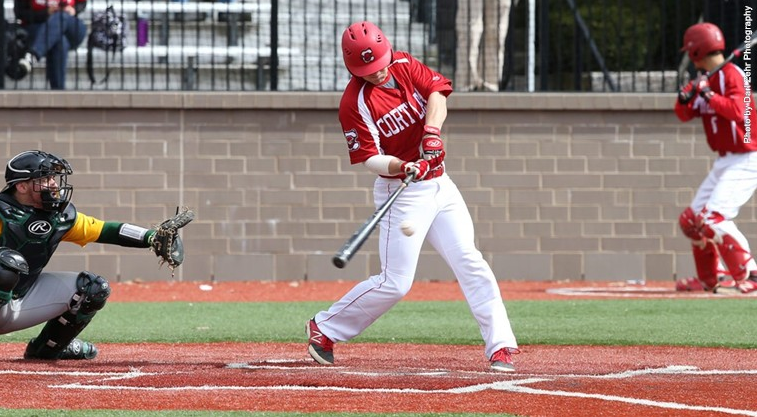 Trevor Williams started for JHU and gave up eight hits and three runs, one earned, in five innings. He struck out one and walked one. Six Hopkins relievers combined to allow only one hit and one unearned run over the final four innings.

Hopkins took a 1-0 lead in the bottom of the third when Thomas Mee singled, stole second, went to third on a Mitch Weaver sac bunt and scored on a wild pitch.

Cortland answered with two in the two of the fourth with a two-out rally. Matt Michalski (Buffalo/St. Francis) reached on an error and moved to third on a Clock single to right. Personius followed with a two-run single to right center.

The Blue Jays cut the Cortland lead to 3-2 on a two-out solo homer by Weaver in the bottom of the fifth. The Red Dragons, however, picked up an insurance run in the top of the sixth. Clock walked, went to second on a groundout and advanced to third when he tagged up on a fly ball to center. Keith Andrews (East Northport/Commack) then hit a ball that eluded the shortstop and went into left field and brought home Clock. The play was initially ruled a hit, but later changed to an error.

Hopkins' best threat from that point came in the bottom of the eighth. Tim Kutcher hit a one-out ground-rule double and advanced to third on a groundout. Lamando entered and walked Connor Reynolds, but he struck out the next batter to end the inning. The Blue Jays brought the potential tying run to the plate in the ninth after a Daniel Albert leadoff single, but Lamando retired the next three hitters to close out the victory.

Cortland will play at Mary Washington in Virginia on Thursday at 2 p.m. and will continue from there to Florida for eight games, including three league games versus New Paltz, from March 12-19. 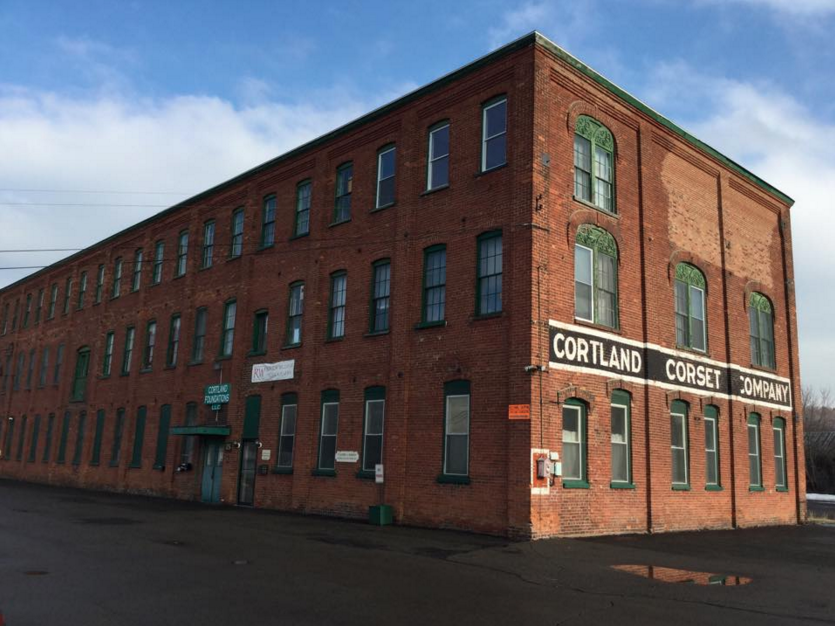