CORTLAND, N.Y. – Cortland scored five runs in both the third and fourth innings to take a 10-0 lead and the Red Dragons defeated Plattsburgh, 14-3, to complete a three-game weekend sweep of the visiting Cardinals.

Cortland improved to 27-5 overall and 10-4 in the SUNYAC with the win. The nationally third-ranked Red Dragons will play a makeup game at Oneonta Monday at 3:30 p.m. at Damaschke Field and will complete their SUNYAC regular-season schedule next weekend with three games at league leader Oswego (10-2 in the conference) - one Friday at 3 p.m. and a doubleheader Saturday at noon.

Freshman Kashaun Curry (Middletown), the first of four Cortland pitchers in a predetermined rotation, earned the victory to improve to 3-0 on the season. Making his first collegiate start, Curry allowed five hits and one walk and struck out three in four scoreless innings. Mike Mills (Livingston Manor) gave up one run on one hit in the fifth and Ryan Smith (Hancock) allowed two unearned runs in an inning and two thirds. Jesse Winters (South Glens Falls/Saratoga Catholic Central) pitched the final two and a third innings and permitted only batter to reach on a two-out single in the ninth.

Twelve different Red Dragons recorded at least one hit as part of a 19-hit assault. Marcos Perivolaris (Mattituck) went 3-for-4 with two doubles and an RBI and Patrick Schetter (Beacon) finished 3-for-5 with a triple, double, two RBI and two runs scored. 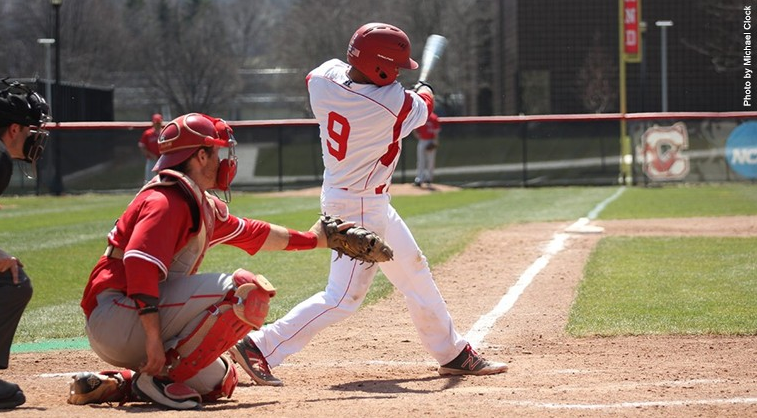 Marcos Perivolaris takes a swing during Cortland's win over Plattsburgh. Perivolaris finished 3-for-4 with two doubles and an RBI (Photo by Michael Clock)

Fabio Ricci (Hawthorne/Westlake) singled twice, walked and drove in a run with a sac fly in four plate appearances. Nick Hart (Fredonia) was 2-for-3 with two RBi and two runs scored and Sean Getman (Oneonta) came off the bench to go 2-for-3 with an RBI. Steven Figueroa (Bronx/St. Raymond's) doubled in a run, walked and scored twice in three trips to the plate.

Andrew Kramer went seven-plus innings for Plattsburgh (3-25, 1-11 SUNYAC) and was charged with 12 runs, 10 earned. Mitch Crispens gave up two unearned runs in the eighth. Plattsburgh finished with 10 hits, led by 2-for-4 efforts by Matt Fox and Eric Rock. T.J. Montalbano went 1-for-3 and walked twice.

Cortland's five-run third featured a Ricci sac fly, a Hart RBI single, a Figueroa two-run double and a Perivolaris RBI double as the Red Dragons sent nine batters to the plate. Cortland also had nine hitters bat in the five-run fourth inning that started with two outs and nobody on. Schetter tripled in two runs and scored on Hart's RBI bunt single. After Figueroa walked, Perivolaris reached on an infield single, and a throwing error on the play allowed two runs to score.

Plattsburgh cut the deficit to 10-3 with single runs in the fifth, sixth and seventh innings. Trevor Markey singled home a run in the fifth and Fox had an RBI single in the sixth. A double play grounder brought in the Cardinals' seventh-inning run.

Cortland closed the scoring with four runs in the bottom of the eighth. Schetter doubled and scored on a Dan Schweitzer (Poughquag/Arlington) RBI double. Later in the inning the Red Dragons scored on a Connor Manderson (New Hartford) sac fly, and the last two runs came in on back-to-back RBI singles from Jake Hewitt (Penfield) and Getman. 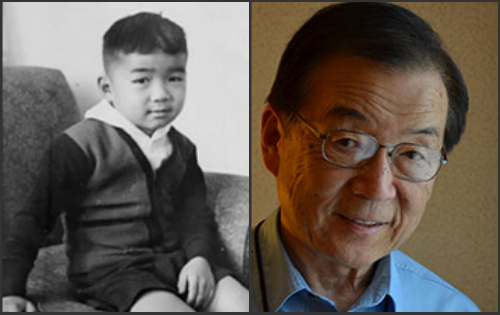