The community health major has worked on the all-night event benefitting the American Cancer Society since 2010, ascending to its committee chair role this year. She has witnessed Relay’s emotional capacity six times in person and credits Colleges Against Cancer, the student group that organizes the night’s activities, with turning the most difficult experience of her life into something far more positive.

“Most of us in the club and most of the people who attend the event share some sort of connection to cancer,” said Kaplan, whose mother died of breast cancer a year before she arrived at the College. “It’s been a long journey for me personally and Relay has helped so much.”

She hopes this year’s event, which takes place from 5 p.m. Saturday to 5 a.m. Sunday in Park Center Alumni Arena, will do the same for others. The registration fee is $15 per person in advance and $20 at the door. Faculty and staff members as well as community members are invited to attend.

“I still remember the first time I shared my story in front of such a large crowd,” said Kaplan, who came to Cortland from Pawling, N.Y., a small town in Dutchess County. “It was difficult but rewarding at the same time.”

Relay for Life has become one of SUNY Cortland’s most popular spring semester events, drawing upwards of 600 participants and raising thousands of dollars to support people fighting cancer and their families. Last year’s campus event brought in roughly $17,000.

“Every dollar helps,” Kaplan said. “Collectively, it goes a long way. But it’s not just about the money; it’s the entire experience.”

Plans for this year follow a superhero theme and they include games and raffles, commemorative t-shirts and even a cape decorating station. Traditional Relay for Life staples also will take place, such as a walking lap led by survivors, a “Why I Relay” forum for those who wish to share their personal connection to cancer, and the event’s powerful Luminaria ceremony, which features illuminated bags to honor those who have been diagnosed with the disease. 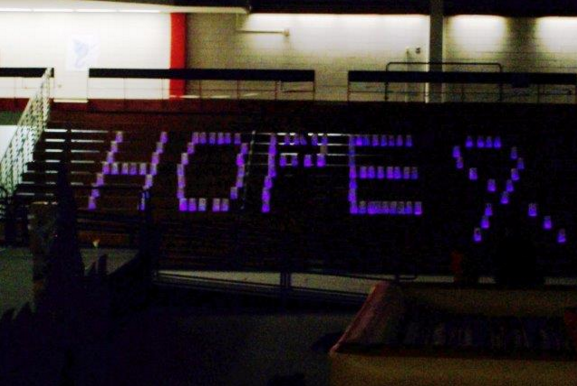 Illuminated bags spelled out the word "hope" during a past Relay for Life event in Park Center Alumni Arena.

As a junior, Kaplan shared the emotional details of her mother’s battle with a large crowd in the College’s hockey arena. She described how difficult it was to celebrate a 16th birthday party that her mother could not attend and to be fitted for a prom dress that her mother never saw.

At SUNY Cortland, however, Kaplan said she eventually discovered a coping mechanism.

She remembers seeking out a service-related activity as a first-year student and finding it in an email that included a long list of campus clubs. Colleges Against Cancer caught Kaplan’s attention. Ultimately, the student group would reshape her path in college. She changed majors to community health because she found meaning in the efforts that assist people with cancer and their families.

Kaplan also realized that she wasn’t alone in her past experience.

“One of my favorite things about Colleges Against Cancer and Relay is that we’re basically one giant support group,” she said, noting that there are approximately 20 students in the club. “We’re really there for each other because pretty much everyone’s been touched by cancer in some way.”

For group members like Kaplan, the support can’t be quantified.

“Just thinking about when I started college and where I am now … Relay marks such major accomplishment for me,” she said.

Visit SUNY Cortland’s Relay for Life webpage to register for the event or to make a donation online. Stay current with updates on the event’s Facebook page. 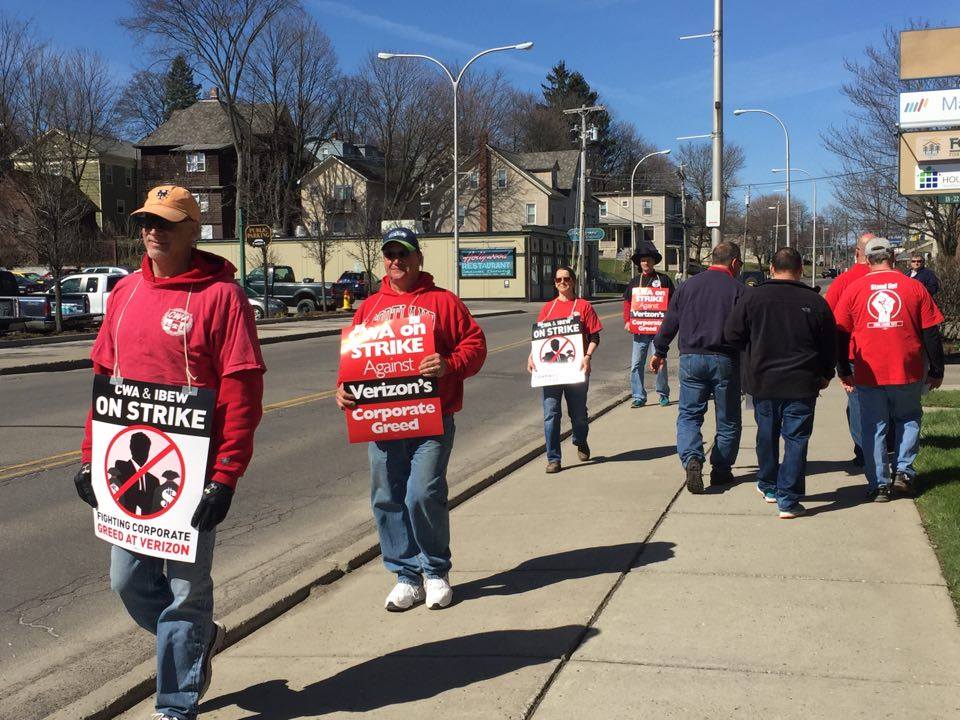