OSWEGO, N.Y. – The Cortland baseball team, ranked first nationally in Division III, clinched the SUNYAC regular-season title and earned the right to host the four-team conference postseason tournament May 6-8 with a doubleheader sweep at fourth-ranked Oswego. The Red Dragons (31-5, 14-4 SUNYAC) won the opening seven-inning game, 3-1, behind Jeff Cooke's (Rome/Rome Free Academy) seven-hitter, and they scored five runs in the top of the ninth to break a 2-2 tie and win the nine-inning second game, 7-2.

Cortland has hosted the SUNYAC tournament every year since 1997. That includes every season since 1998, the first year that the conference switched from a divisional format to a full-league format in which the top seed is granted tournament hosting rights.

In addition, Cortland reached the 30-win mark for the 12th straight year and the 22nd time in the last 23 seasons. Oswego fell to 25-7 overall and 10-5 in SUNYAC play. Cortland has completed its league schedule and will face Hamilton College on Wednesday at 7 p.m. at Delutis Field in Rome. Oswego has three league games remaining next Friday and Saturday at Oneonta and can finish anywhere from second to fourth place in the conference.

Cooke improved to 5-1 after allowing one run on seven hits with no walks and five strikeouts in seven innings. He defeated Oswego starter Robert Donnelly, who gave up only two hits and two walks but was charged with three runs, one earned, in seven frames. He struck out four.

Cortland broke a scoreless tie with three runs in the top of the fourth. Nick Hart (Fredonia) walked, and Oswego was unable to record outs on a pair of sac bunts to load the bases. Fabio Ricci (Hawthorne/Westlake) hit a two-run single through the left side to score Hart and Paul Dondero (East Islip), and the third run scored on a passed ball. 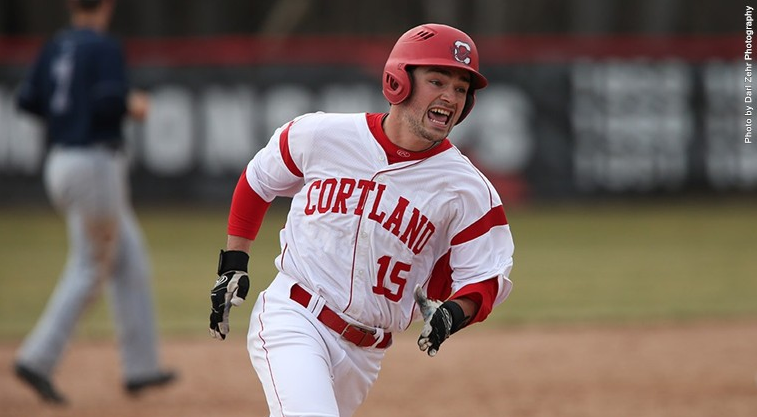 Oswego scored its lone run in the bottom of the fourth on a one-out Eric Hamilton infield single, a wild pitch, a Myles Kutscher single and a Jordan Giller RBI double. With runners on second and third and one out, Cooke escaped further damage with a strikeout and a flyout.

The Lakers threatened in the sixth when the leadoff batter reached on an error, took second on a one-out wild pitch, and moved to third on a groundout. Cooke got the next hitter to ground out. A leadoff single by Oswego in the seventh was wiped out when Matt Personius (Binghamton/Chenango Valley) threw out the runner trying to steal second, and Cooke fanned the final two hitters to earn the complete-game victory.

Tied at 2-2, Cortland had a runner reach in the top of the ninth on a one-out error. Steven Figueroa (Bronx/St. Raymond's) singled and Personius, as a pinch hitter, walked to load the bases. Justin Teague (North Syracuse/Cicero-North Syracuse) followed with an RBI single up the middle to drive in the go-ahead run. Cortland tacked on four more runs in the inning on Hart's two-run double and a Conrad Ziemendorf (Penfield/Webster Schroeder) two-run single.

Tanner Whiteman (Cazenovia) started for Cortland and settled down after allowing two runs on four hits in the first inning that put the Lakers up 2-1. Over the next five and a third innings, Whiteman gave up only three hits, one walk and no runs. He finished with six strikeouts and two runs allowed, one earned.

Turner Parry (Syracuse/West Genesee) entered in the bottom of the seventh with a runner on first and one out after Donnelly singled. Donnelly stole second and went to third on a groundout, but Parry got a pop-up to end the inning. Parry proceeded to retire the side in order in both the eighth and ninth inning with four strikeouts, three in the ninth, to notch the win.

Tim Cronin started for Oswego and received a no decision after six innings of six-hit ball. He allowed six hits and four walks, struck out five, and was charged with two runs, one earned. Andrew Moran entered to start the seventh and suffered the loss.

Cortland led 1-0 in the first when Hart doubled, went to third on a wild pitch, and scored on that play on an error by the catcher. Oswego scored twice in the first on a Eric Hamilton sac fly and a Kutscher RBI single. The Red Dragons quickly tied the game in the top of the second when Seth Lamando (Hopewell Junction/Roy C. Ketcham) hit a solo homer to left. Lamando was Cortland's starting DH in both games Saturday after earning a win on the mound over the Lakers Friday.

Cortland left the bases loaded in the fifth, while Oswego had runners on first and third in the sixth. The Red Dragons also had runners thrown out at home in the sixth and at third, when a runner was caught too far off the base on an infield single, in the eighth.

Hart went 3-for-4 with a walk, two RBI and two runs scored. Lamando and Figueroa were each 2-for-4, Ricci went 2-for-5, and Ziemendorf finished 1-for-3 with two walks and two RBI. Kutscher and Brian Hamilton each went 2-for-4 for Oswego. 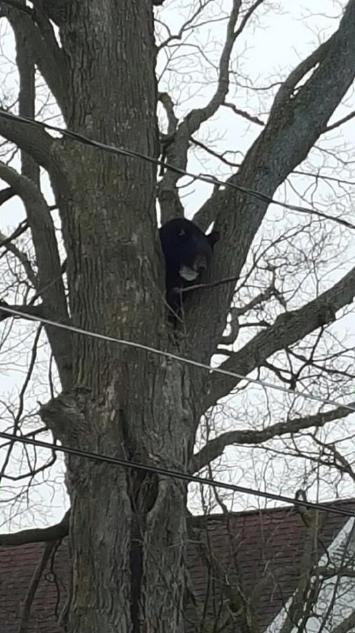