When Elvis de la Rosa accepts his diploma at SUNY Cortland’s Undergraduate Commencement on Saturday, the middle school teacher who changed his life will travel more than 1,500 miles to witness it — delivering on an evolving promise that began nearly a decade ago.

“I wouldn’t miss it,” said Carole Rule, de la Rosa’s former 7th grade teacher in the South Bronx, who now works in Fort Worth, Texas. “I think most teachers feel they have that one student who gets to them. For me, it’s Elvis.”

Many members of the SUNY Cortland campus community understand what she means. De la Rosa’s contagious smile and the positive attitude he brings to all commitments has impressed instructors and peers alike. But back in 2006, when he entered Rule’s special education classroom at M.S. 201 School for Theater, Arts and Research (STAR) in the South Bronx, he was struggling in most subjects. And he had little internal motivation to improve.

“The class she taught was tough,” said de la Rosa, who grew up in a neighborhood marred by prostitution, drugs and gang activity. “It was mostly bad kids … the type who don’t really make it.

Rule asked de la Rosa early in the school year what he aspired to be when he grew older. He told her “the Dominican Shaq,” referring to basketball superstar Shaquille O’Neal, so she took him outside to the basketball court and asked him to shoot free throws.

They did. Rule worked with de la Rosa individually throughout the school year and he showed improvements in every subject. He earned a passing score on a standardized test in mathematics for the first time in his life.

“He was working hard,” Rule said. “He lost those behavior issues that placed him into the class to begin with.”

At the end of the school year, however, Rule told her students that she would be moving back to teach in her native Texas. She was finishing her commitment to Teach for America, a national program that places teachers in high-needs schools for two years. De la Rosa didn’t take the news well, so she made him a promise. If he made it to his 8th grade graduation — a major accomplishment for the students in his class — she would be there to see it.

“I don’t think Elvis really believed me,” Rule said. “But I told him, ‘You do your part and I’ll do mine.’”

He not only made it to his 8th grade graduation ceremony, but de la Rosa also won an award as the most improved student. He was ecstatic to see Rule, who traveled from Texas to be there. In saying goodbye, she made another promise. If he graduated from high school, she would make the trip again.

The pair traded updates regularly through social media, and de la Rosa successfully made it to his graduation from Banana Kelly High School. True to her word, Rule was there again. It’s tradition for his former high school’s graduates to deliver roses to loved ones, and de la Rosa gave them to his mother and Rule.

“(Rule) was always so supportive even though I wasn’t a great student when she first met me,” he said. “But she always stayed in touch. That meant a lot.”

After his high school graduation, de la Rosa told Rule about his plans to attend Tompkins Cortland Community College (TC3) and eventually earn his four-year degree. He asked if she’d be there for his college graduation too. 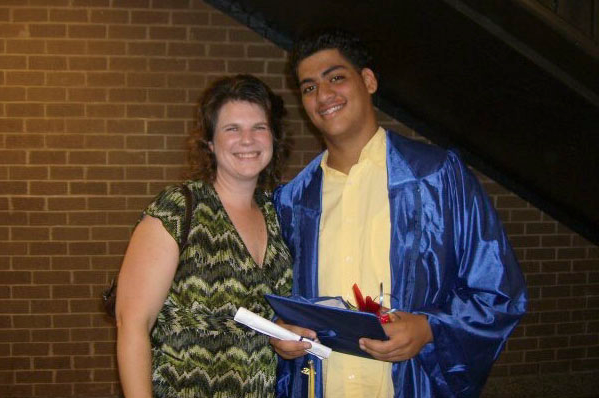 Carole Rule and Elvis de la Rosa pose at his 8th grade graduation. Rule, who taught de la Rosa in 7th grade at M.S. 201 Star Academy in the South Bronx, has attended all of his graduations since she moved to Texas (photo provided).

When he transferred to SUNY Cortland two years ago, de la Rosa said he felt energized. His sport management major excited him. Professors and staff members were accommodating. Above all, he was surrounded by endless opportunity.

At the College, he served as treasurer of La Familia Latina, a popular multicultural student group on campus. He also was active with SUNY Cortland’s Sport Management Club, leading a team of classmate volunteers to the TCS New York City Marathon and the TD Five Boro Bike Tour each of the past two years.

“I know that I’m not the best at taking exams, so I always try to prove myself in different ways — presentations, group projects, joining clubs,” de la Rosa said. “I want people to see who I really am.”

Rule saw it in a struggling 7th grader. She’ll be at his graduation from SUNY Cortland to see it again on Saturday.

“I think it’s wonderful he’s graduating from college, I do,” Rule said. “But just seeing the person Elvis turned into ... that’s what gives me hope.” 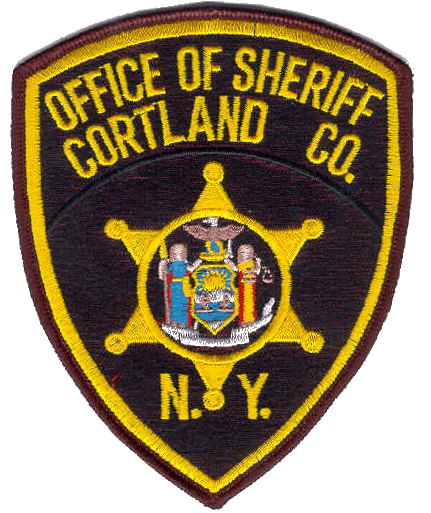 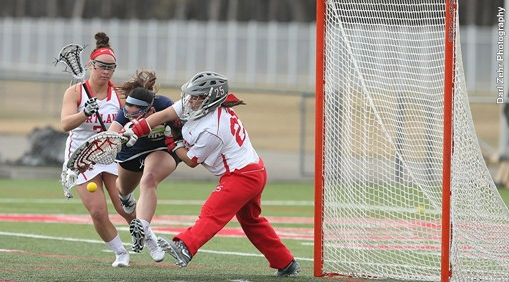