Home›Featured›Closing arguments in Dryden trial: attorneys argue whether it was rape or sex

ITHACA, N.Y. – After four days of testimony, attorneys appealed to the jurors one last time discussing the charge that has again and again been the focus of the case: whether Jeffrey Horton raped a woman after brutally beating her or if he "slapped her around" for a few seconds and had make-up sex afterward.

Horton is facing 14 charges in relation to the accusations. He adamantly denies the first-degree rape charge but has confess to others, such as  assault and burglary.

After nearly five hours of deliberation, the jury the jury left the courthouse around 4:30, a court clerk said. They were given the option to discuss the trial longer but declined. The jurors will be back in court Monday morning at 9 a.m. to continue deliberations.

Defense:"I believe there is a lot of reason to not believe what she said."

The crux of the defense's claims throughout the entire trial can be summed up in one sentence: Horton did have sex with the woman accusing him of rape, but it was makeup sex that happened after he "went nuts" and "slapped her around."

The discussion came after an intense series of arguments and insulting text messages that started after misunderstandings and accusations of the woman being unfaithful.

After allegedly forgiving each other for the days long argument, Horton made a comment about friends of theirs and the woman allegedly hit him in the face.

That's when he said, "I just went nuts. I don't know how to explain it."

Prosecution: "Let's look first at the defendant's story and how completely illogical it is."

Assistant District Attorney Diane Lama reminded the jury that there is no dispute that Horton entered the home completely unwelcome the night of the crime -- Horton confessed to that to police and on the stand. He also confessed to hitting the woman. But it's up to the jury to decide what happened next that night.

"Was it, as the defense would have you believe, a case of (redacted) wanting Mr. Horton -- who at best in the words of his own attorney is a jerk -- to show up unannounced as she slept, figure out some way to get into that house, startle her awake, beat her up and then sweep her off her feet with consensual sex? Or is it, as we submit to you, that (redacted) truly wanted to be left alone?

She said Horton's version of what happened between him and the woman is "completely illogical" for a variety of reasons (Note: There are some but not all of the arguments Lama made during her closing statement.): 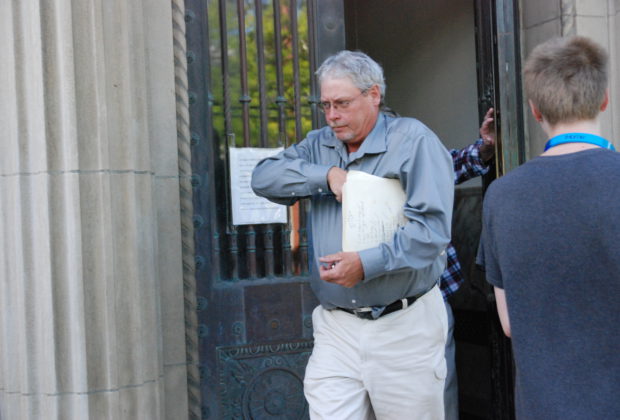