When a recent United Nations convention needed an expert on leading children with disabilities in sports and activities, it turned to Timothy Davis, a SUNY Cortland associate professor of physical education.

That’s what brought Davis to a specially-installed turf soccer field on the roof of the United Nations building in New York City, where he told an international audience of approximately 100 people that children of all abilities need more opportunities to play sports.

His “universal design” soccer clinic, sponsored by the Kingdom of the Netherlands, was one of three events Davis participated in Thursday, June 16, as part of a United Nations conference of signatory nations to the Convention on the Rights of Persons with Disabilities (CRPD). 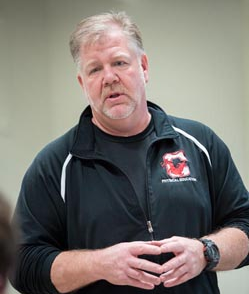 That meant demonstrating the activity to roughly 70 schoolchildren, aided by colleagues, the Dutch national soccer team and other star Paralympic and Special Olympics athletes.

“Those guys can play,” said Davis, who represented SUNY Cortland with Alexis Abdo, the program coordinator for SUNY Cortland’s Sensory Integration Motor Sensory (SIMS) laboratory. “It was so fast and so cool.”

He also served as a panelist for an international discussion, sponsored by Germany, titled “The Paralympic Games as a Driver for Sustainable and Inclusive Development.” The panel, like his clinic presentation, also featured Wilfried Lemke, special advisor to the United Nations General Secretary on Sport for Development and Peace. Lemke’s office is working to expand exercise and athletic opportunities to people with disabilities around the globe.

In addition, Davis, Abdo and colleague John Smith, an education consultant and former National Teacher of the Year, helped coordinate soccer-related activities with children from a local school in the Bronx and the United Nations International School, a K-12 institution for the sons and daughters of UN diplomats and staff.

“It’s been a real whirlwind,” said Davis, who got the call from conference organizers just two and a half weeks ago. “They explained they wanted a soccer exhibition related to the conference and I told them I could do that. It just grew from there.”

The purpose of Davis’ panel session was to discuss ways to continue promoting social acceptance and opportunities in key areas after activities such as the Paralympic Games take place. At the CRPD, he spoke alongside Lemke and Loretta Claiborne, a global speaker, past recipient of the Arthur Ashe ESPY Courage Award and “probably the best known Special Olympian in the world,” according to Davis.

“I was humbled just to be there,” he said.

In some ways, speaking at the UN is a logical step for Davis, a national leader in adapted physical education who participated in a White House summit on fitness for people with disabilities in 2014 and founded the College’s SIMS Lab, which engages students with sensory perception issues.

SUNY Cortland has been promoting inclusion of people with differing abilities for more than half a century and is a leader in universal approaches to physical education and recreation. Learn more from a special webpage, created in 2015 to help celebrate the 25th anniversary of the Americans with Disabilities Act. 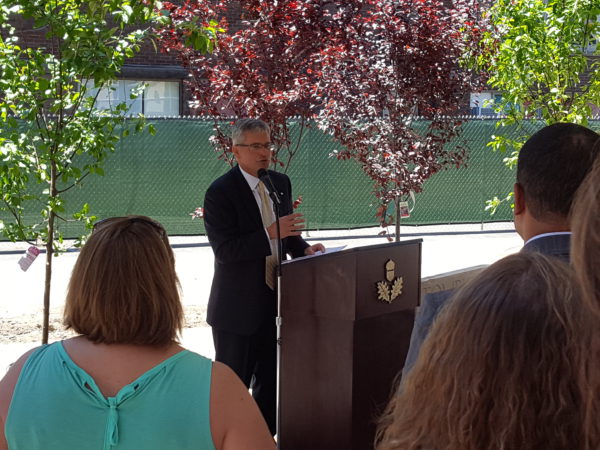 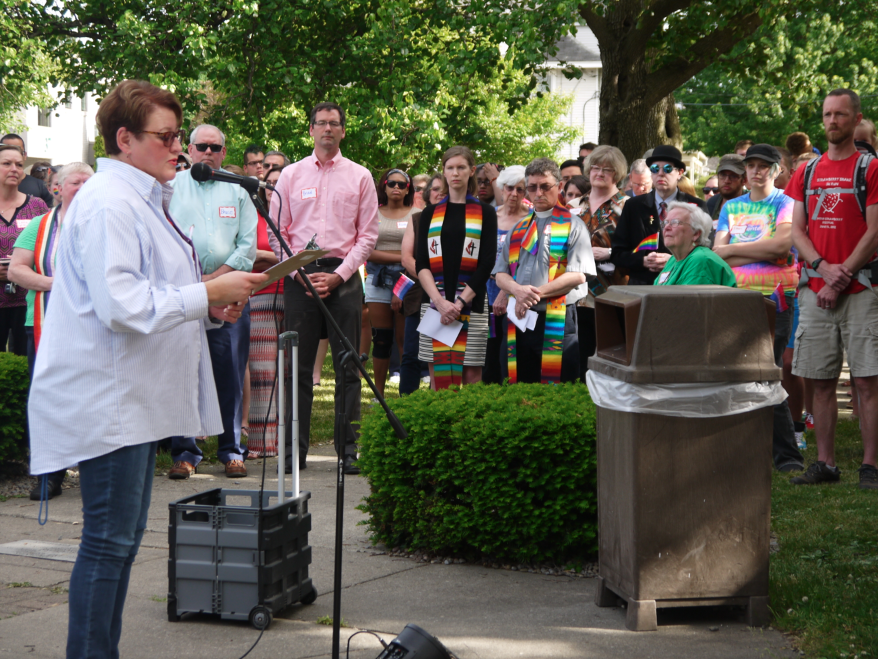