CORTLAND, N.Y. — After initially believing the measure had failed to garner enough votes, a county official has confirmed that a misinterpretation of Cortland County’s weighted voting system led to an error in the failed passage of a controversial piece of legislation.

At the legislature’s June 23 meeting, legislators voted 9-8 in favor of a proposal to raise the legal age to purchase tobacco products in Cortland County to 21 years of age. It was believed at the time that the measure failed because it failed to accrue enough “weighted votes,” Mulvihill said.

The county legislature uses what's known as a weighted voting system, with each legislator representing a certain number of voters in the county based on the population of their legislative district. If a vote is expected to be close, those population numbers are added up to determine the outcome of a weighted vote.

The tobacco legislation received 24,894 votes in support, which constituted a simple majority but not a two-thirds majority. At that time, county officials believed that passage of the law required a weighted two-thirds majority, or 32,892 votes, Mulvihill said.

After reviewing New York County Law, however, Mulvhill learned that the lesser standard of a simple weighted majority is sufficient for passage of local laws.

Mulvihill said he began to look closer at state law due to the narrow margin of the weighted vote total.

“I don’t think we’ve ever had votes this close in a weighted voting scenario,” Mulvihill said Thursday.

Mulvihill said he could not recall any previous pieces of legislation that garnered a simple majority rather than a two-thirds majority vote.

The law will take effect Oct. 1. 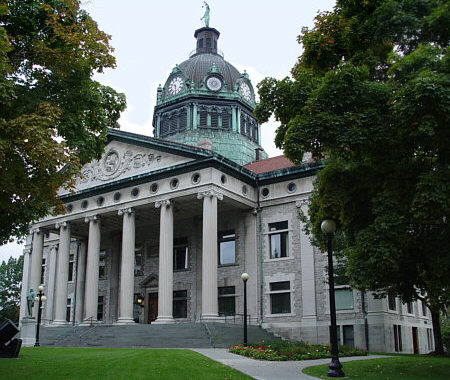