CORTLAND, N.Y. — A fire in an apartment building across the street from the Cortland Fire Station was quickly extinguished Saturday afternoon.

At 4:12 p.m., three people entered the fire station's headquarters at 21 Court Street to report a small fire in an alley near the apartment building at 22 Court Street.

Firefighters immediately crossed the street and found that a room in the building was on fire, with flames extending to the ceiling area of the four-story structure. The building consists of 23 apartments.

Firefighters had to force entry into the room to battle the blaze while additional crews evacuated the building. A fast-acting sprinkler system inside the building helped contain the fire until crews arrived. 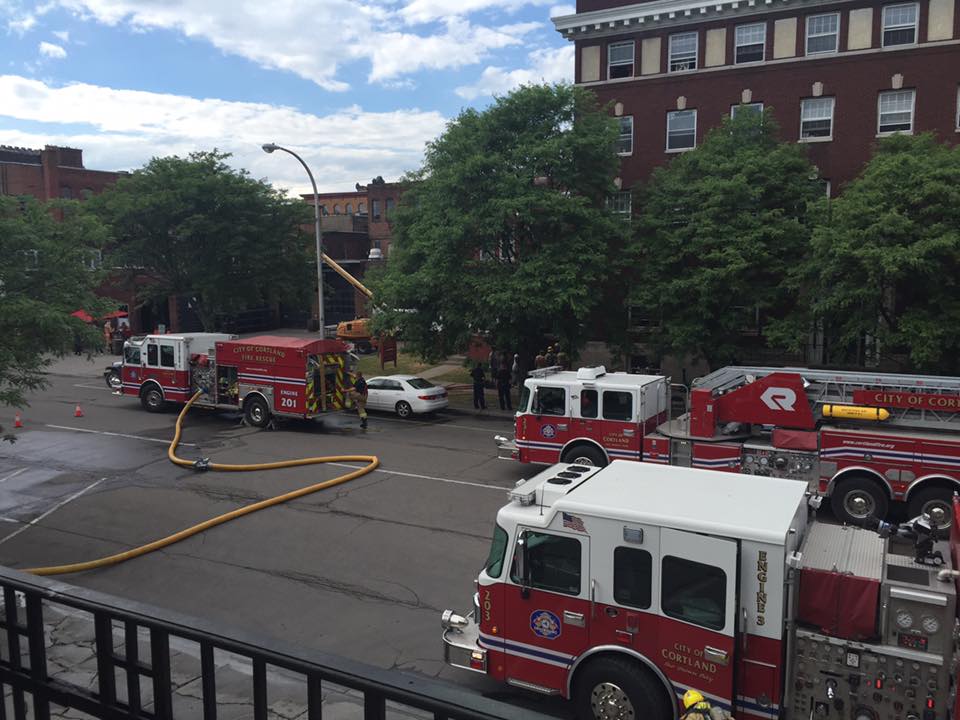 Cortland Deputy Fire Chief William Knickerbocker sounded a second alarm "due to the potential life hazard in the building and inability to evacuate the residents with an internal alarm system," the fire department said in a press release.

The additional alarm brought in the Cortlandville Fire Department with a tower-ladder and personnel, as well as officials from the Cortland County Fire Coordinator's Office to assist on scene. The Homer and Dryden fire departments stood by in their quarters, though the fire was brought under control within about ten minutes.

"Fire officials must emphasize the importance of properly disposing of charcoal after outside cooking," the fire department said in a press release.

They estimate that the fire caused approximately $20,000 in damages. No injuries were reported. 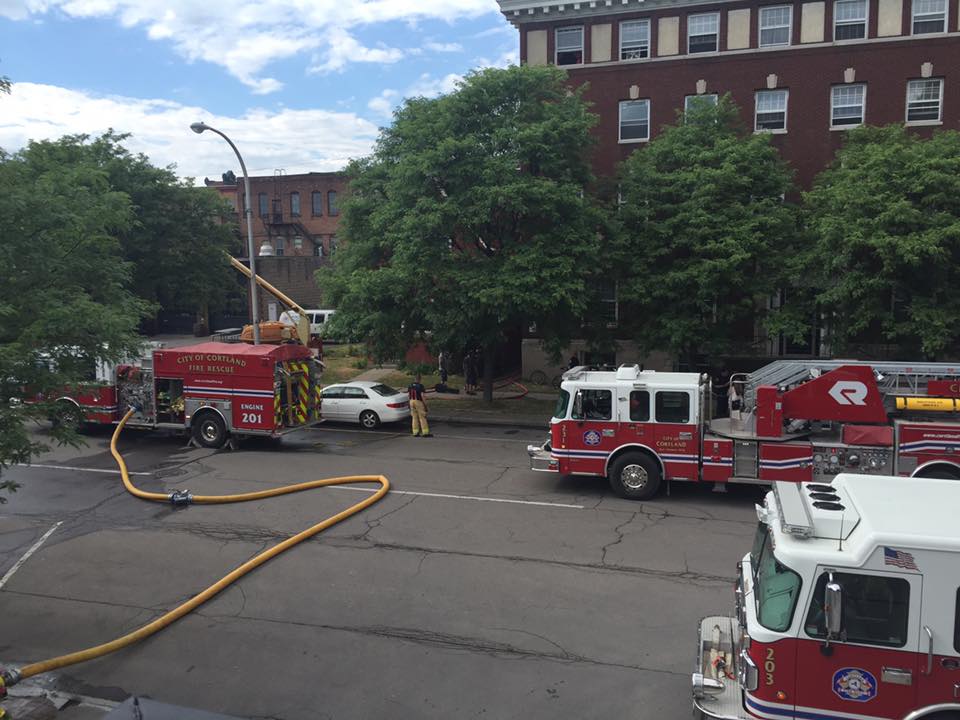 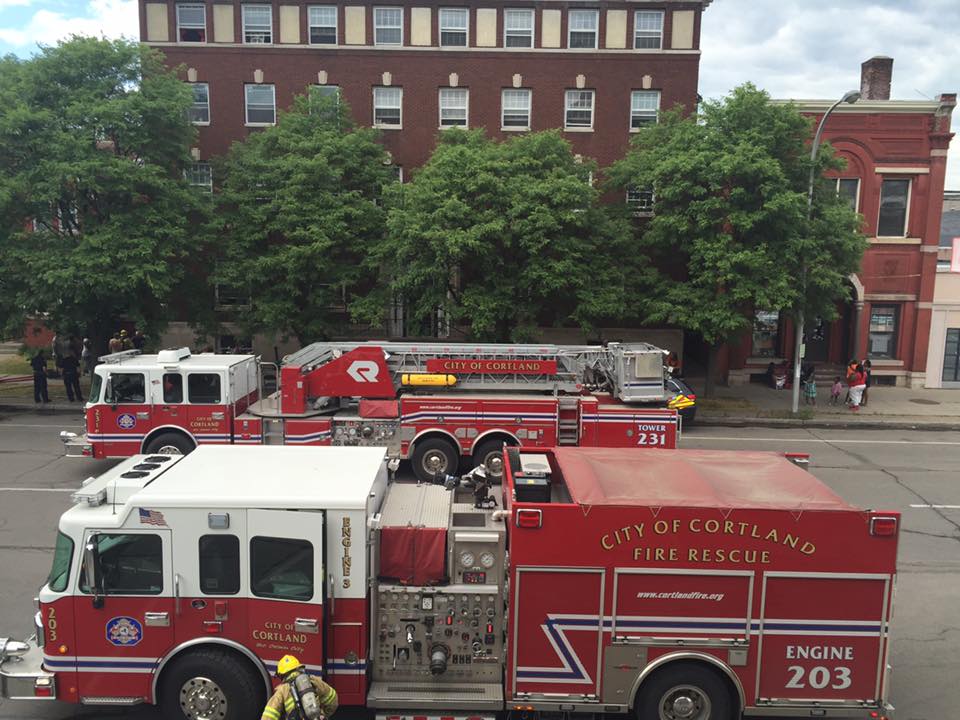 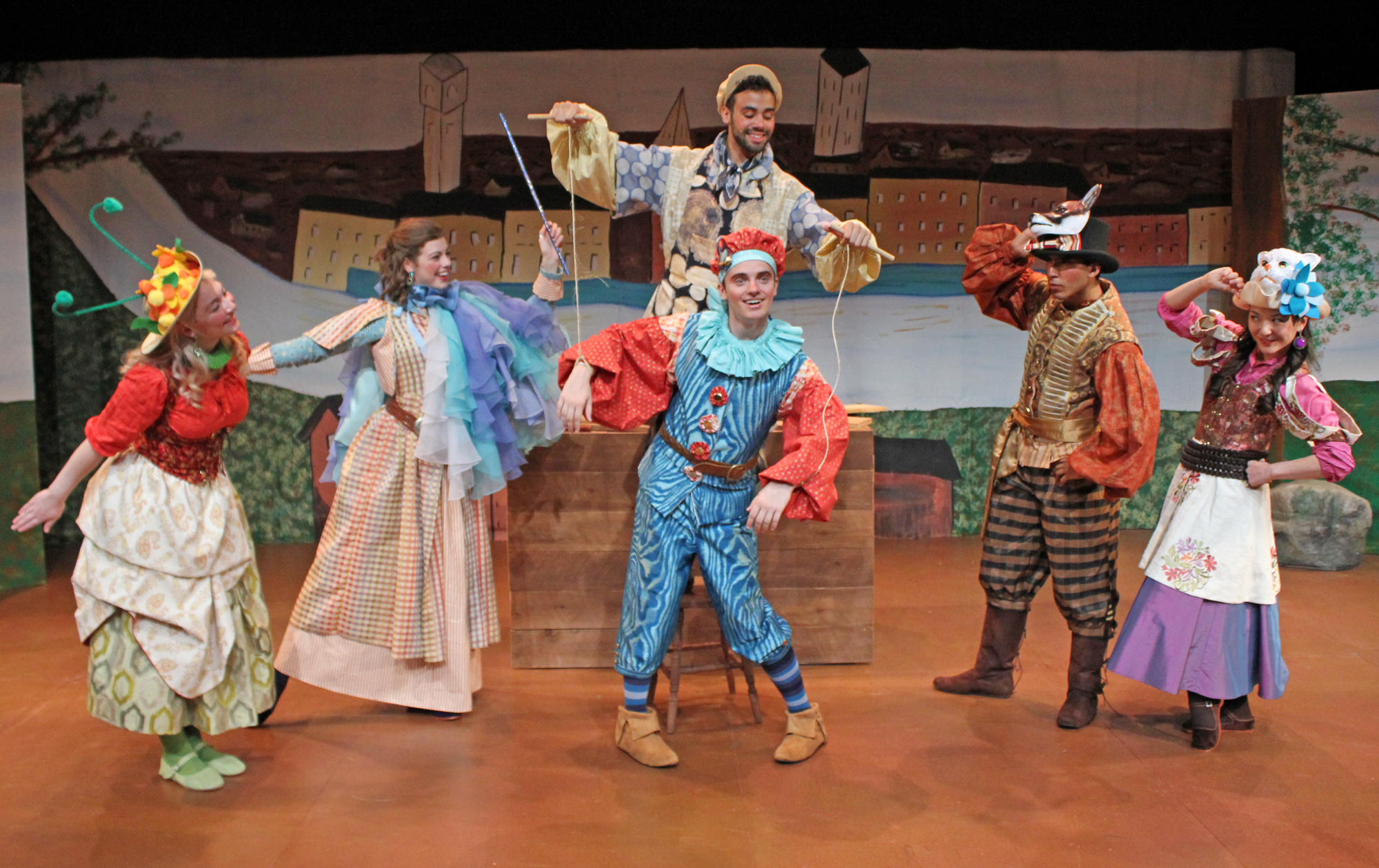