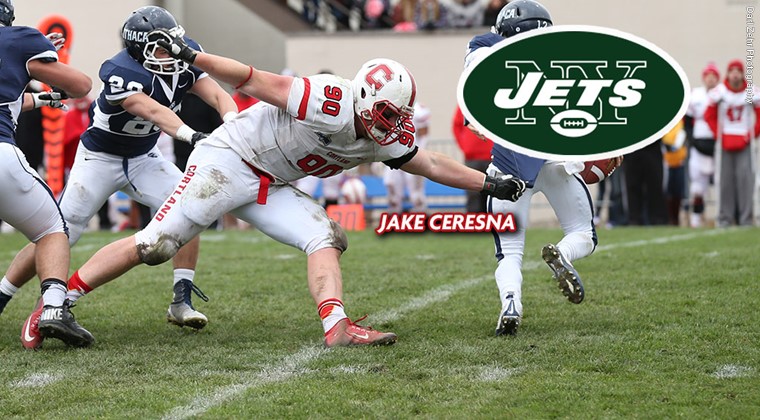 Former SUNY Cortland defensive end Jake Ceresna signed a free agent contract with the New York Jets on Sunday, August 14, and has joined the team's preseason training camp roster. The camp is being held at the Jets' training center in Florham Park, N.J.

The Jets had expressed interest in Ceresna in May, but he ended up instead being invited to a Kansas City Chiefs mini-camp. Most recently, Ceresna was prepared to be work as an assistant coach at Cortland assisting with the offensive line before he was signed by the Jets.

A native of New Fairfield, Conn., Ceresna played in 33 games in three seasons at Cortland from 2013-15 after transferring from Division II Southern Connecticut State. Last season he recorded 63 tackles, 38 solo, in 12 starts. He led the Red Dragons with 9.5 sacks and 18.5 total tackles for loss, was second on the squad with 17 quarterback hurries, and also finished with six pass breakups, two forced fumbles and one fumble recovery.

In his junior campaign, Ceresna was second team All-ECAC South and first team All-New Jersey Athletic Conference. In addition, he was chosen to the Northeast-10 All-Rookie team during his freshman season at Southern Connecticut.

As of August 15, Ceresna is one of 88 players listed on the Jets' active roster. Teams must reduce their roster to 75 players by August 30 and to 53 players by September 3. On September 4, teams can establish a 10-player Practice Squad after all other teams are given notice that players' prior NFL contracts have been terminated via the waiver system. 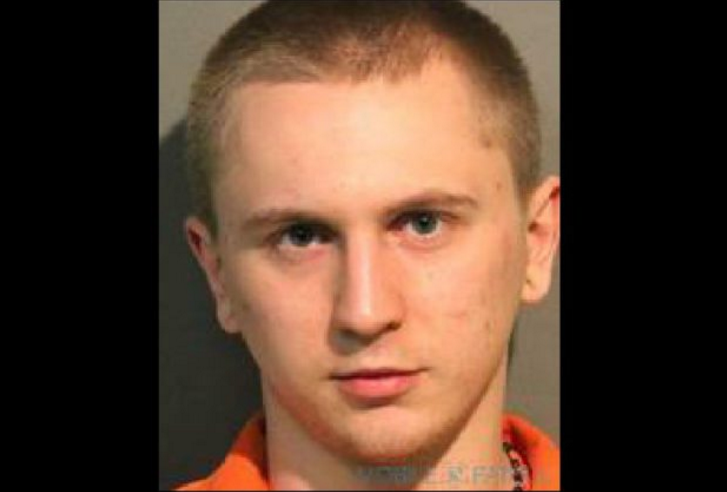 Cortland gets $2 million in state funding ...