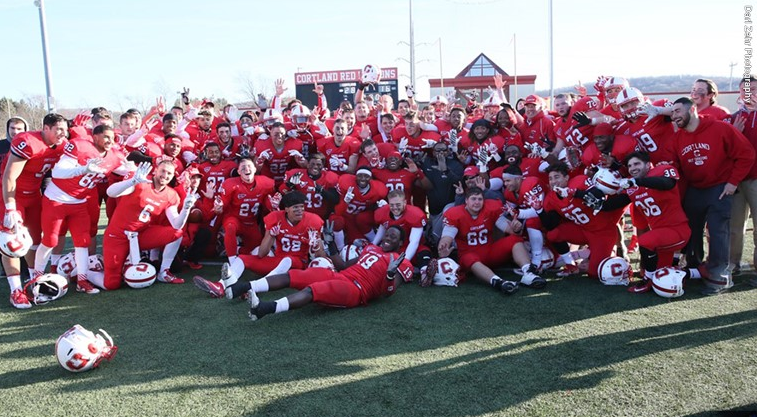 Cortland closes the regular season with a 5-5 record (3-5 Empire 8) and has an outside shot at an ECAC playoff berth. The ECAC will announces its bowl selections Monday at noon. Ithaca finished the season 5-5 overall (4-4 Empire 8) in retiring Mike Welch's 23rd and final season as Ithaca's head coach.

Ithaca's Will Gladney caught 11 passes for 138 yards and two touchdowns and Tristan Brown rushed 25 times for 104 yards. Wolfgang Shafer completed 17-of-26 passes for 196 yards and two scores. Dan Loizos made 10 tackles, all solo, and Kenny Bradley recorded eight tackles, an interception and a pass breakups. Jordan Schemm and Mike Miller also intercepted passes for the Bombers.

Cortland took a 14-0 lead on a Mannix 25-yard TD catch in the first quarter and a Pintabona 3-yard TD grab with 3:39 left in the second quarter, the latter capping a 14-play, 88-yard scoring drive.

Ithaca capitalized on a Schemm 36-yard kickoff return to the Cortland 46-yard line on its next possession and drove seven plays for a score. Gladney caught a 14-yard TD pass to pull the Bombers within 14-6, but Hagan blocked the PAT. Cortland, however, started its next drive with 1:15 left and moved 90 yards in eight plays. The big play was a 45-yard catch by Mannix after Ithaca came close to picking off a pass in the right flat. Segala then connected with Mannix for 12 yards and hit Riley on a 17-yard TD pass with 22 seconds left to send Cortland into the locker room up 21-6. Segala was 17-of-28 for 246 yards and three touchdowns in the opening half.

Miller intercepted Cortland on the second play of the third quarter, and five plays later Gladney made a catch in the back right corner of the end zone and Ithaca trailed 21-13. On their next possession, the Bombers drove 70 yards to the Cortland 8-yard line before having to settle for a DJ Ellis 25-yard field goal that cut the Red Dragons' lead to 21-16.

Cortland drove to the Ithaca 25 on its next possession before being stopped by a Bradley interception. Ithaca's next two possessions, however, ended in punts, sandwiched around a Cortland missed 43-yard field goal. With 8:23 left in the game, Cortland started a drive on its own 32-yard line. Five plays into the drive Segala hit Pintabona on a 40-yard completion to the Ithaca 3-yard line. The Red Dragons moved to the 1-yard line on a pass interference call, but eventually were pushed back to the 4-yard line before Segala connected with Osterman on third down for a TD pass to give Cortland a 28-16 lead with 4:22 left.

Ithaca started it final drive with a 12-yard completion to the Cortland 46, but the next four plays resulted in sacks by Tanner Olson (Massapequa), Ferrari, Dan Appley (Herkimer) and Hagan for a combined loss of 29 yards. Cortland then ran out the final 2:58, including a Tripodi 2-yard run on 4th-and-1 at the Ithaca 16. Tripodi finished with 66 yards on 18 rushes.

Cortland outgained Ithaca in total offense, 473-256. The Red Dragons successfully converted 12-of-18 third-down situations and both of their fourth-down attempts while holding Ithaca to 4-of-13 on third down. Ithaca held a slight 30:16-29:44 edge in time of possession, but Cortland held the ball for 11:23 of the final 15 minutes. 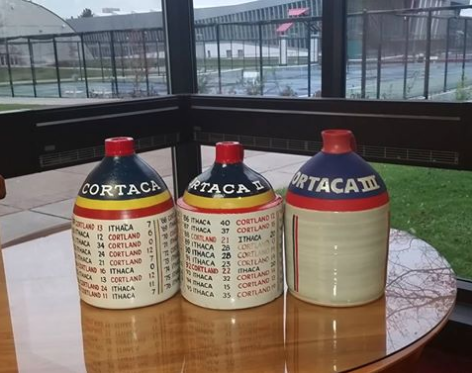 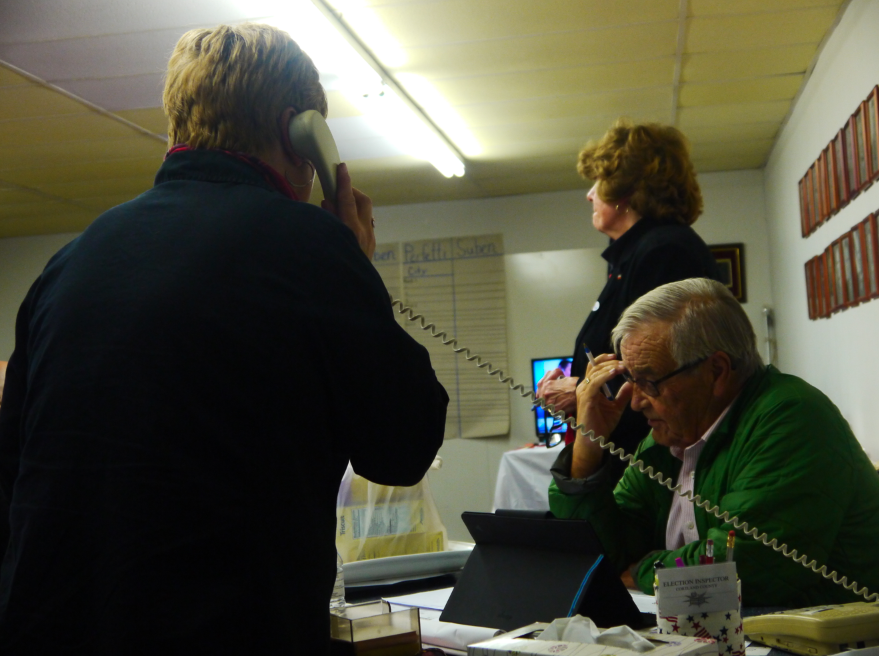