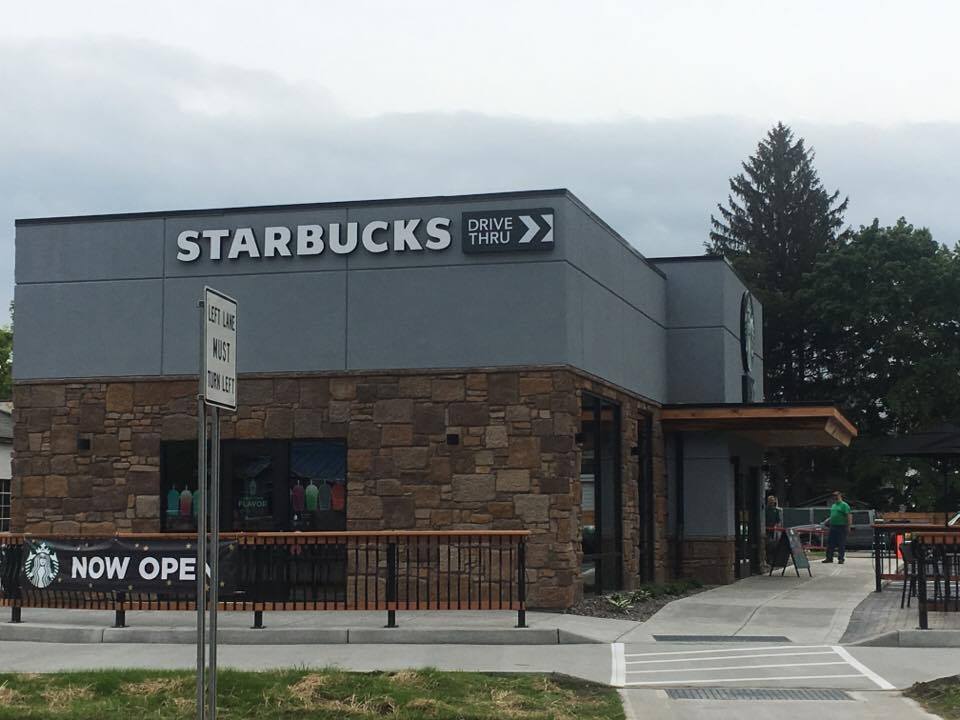 CORTLAND, N.Y. - Coffee fanatics in the Cortland area have another option for their daily (or fourth) Cup of Joe.

The long-awaited opening of Starbucks' Cortland location came to fruition Monday morning, when the store opened its doors to the general public.

The Cortland Voice reported in April of last year that the coffee giant intended to build a cafe at 145-147 Clinton Avenue, next to the Tim Horton's that closed in November 2015. The project involved tearing down a building that once housed the Country Kitchen II restaurant, which is now located at the Riverside Plaza on Clinton Avenue.

The coffee company has about 25,000 stores in 75 countries, according to its website, making it one of the largest coffee retailers in the world.

A district manager for Starbucks locations in central New York did not immediately return a request for comment Monday morning.

Not a fan of Starbucks? Other coffee options in the city include the two Coffee Mania drive-thru locations on Port Watson Street and Groton Avenue, Bru 64, Long Island Bagel, Frosted, Indulge Cafe, and Dunkin Donuts' shops on Tompkins Street and Clinton Avenue.