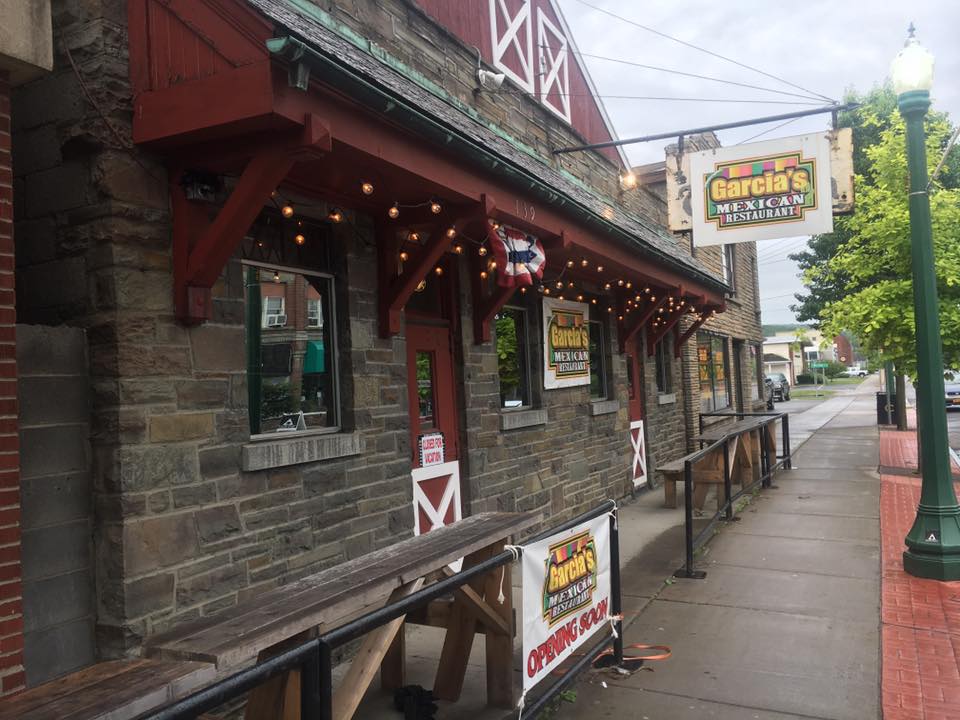 Garcia’s new downtown location, 137 Main St., formerly Gringo’s Roadhouse, and before that, The Tavern, opened their doors a little over two weeks ago, and co-manager Amanda Brown is excited for the possibilities at the new venue.

“Cortland is so great,” Brown said, speaking about surrounding restaurants and bars. "Having all of these neighbors is like having a family. Everyone has been so supportive and friendly.”

Moving from their Route 13 location in Cortlandville after 13 years of business was bittersweet for Ramone Garcia and Brown—each co-manager of Garcia’s Mexican Restaurant—but trying to compete with franchise restaurant Moe’s Southwest Grill, a fast-casual Tex Mex chain that moved in only a couple doors down in late 2016, proved to be too much for the long-standing restaurant.

“We didn’t think it was going to affect us that bad, but it did hurt us,” Brown said. “Our lunches were down to three tables.”

Garcia and Brown had been eyeing a move before Moe’s arrival, but after the decline in patronage, their ambition to relocate became a fast-paced reality. Upon visiting Gringo’s in late May, it was only a matter of weeks before they started planning their move. Garcia had always aspired to move to Main St., and he knew instantly it was going to be their restaurant’s new home.

“It’s already a bar, and there’s a kitchen,” Brown said, recounting the ease of their decision-making process. “Everything was ready for us to move in, so we took it.”

In an effort to serve an expanding demographic, Garcia and Brown will soon be opening a made-to-order burrito and rice bowl eatery right next to their dining room and bar, called Garcia’s Express. The restaurant will have a limited menu but will still serve the same authentic Mexican food their customers have grown to love.

“This is perfect,” Brown said, referencing the soon-to-be Garcia’s Express. “You get your burrito, and you eat it on the go.”

Upon opening, Garcia’s Express will primarily be a late-night venue, but depending on its popularity, the Grab-N-Go eatery may open for lunch and dinner.

Taco Tuesday has always been one of Garcia’s biggest hits with customers, and it still is. Some of their other featured specials are: Seafood Saturday, when customers get $2.00 off all seafood platters; $2.00 off steak dinners on Sunday; and a daily special of 2 cheese quesadillas and a soda for $4.99.

Brown recommends her all-time favorite dish, Pollo-Norteño. It comes on a sizzling skillet, just like a fajita, with grilled onions, chicken breast, and shrimp, topped off with their homemade cheese sauce and pineapples and cherries, a side of rice, and pico de gallo. Customer favorites range from chimichangas, fajitas, and taco bowls.

“People don’t always realize how authentic our food is,” Brown said. “I have to brag about our cooks because everything is made from scratch.”

Can’t quite make it to Main Street for authentic Mexican food? No problem! Garcia’s is also a partner with Chow Taxi, so you can get your favorite dishes delivered right to your front door.