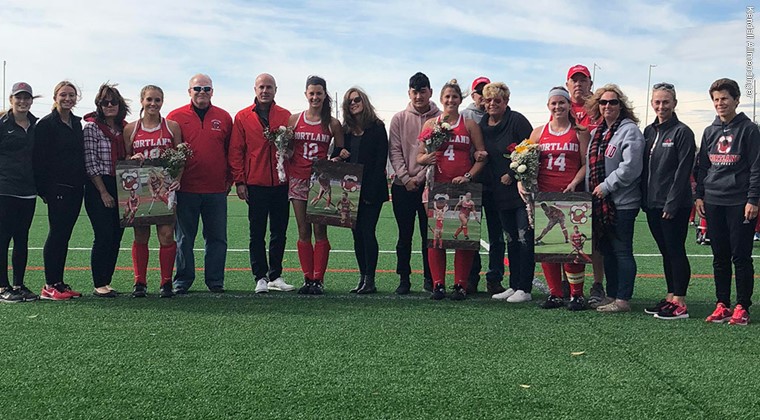 CORTLAND, N.Y. – Senior midfielder Megan O'Brien (Carmel) scored two goals and assisted on another and Cortland's defense limited Skidmore to just one shot as the Red Dragons defeated the nationally 18th-ranked Thoroughbreds, 6-0, to close out the regular-season schedule.

O'Brien was one of four Cortland seniors honors prior to the game, along with forwards Liz Athing (Bay Shore) and Anna Branch (Clifton Park/Shenendehowa) and back Meg Redmond (Accord/Rondout Valley).

The victory is the 10th straight for Cortland (15-3), which is ranked first in the NCAA Division III North Atlantic region and is also receiving votes in the national coaches poll. Skidmore (13-6) is third in the regional rankings in addition to its 18th spot in the national poll.

Hannah Burchell (Whitney Point) opened the scoring by converting a penalty stroke 11 minutes, 13 seconds into the game, for her 12th goal of the season, after Skidmore was whistled for illegally covering the ball during a scramble in front of the cage. O'Brien scored off an assist from Amanda Glaser (Huntington/Walt Whitman) in the 21st minute, and the lead grew to 3-0 less than two minutes later on Jess Gibaldi's (Westbury/W.T. Clarke) team-high 15th goal of the season, set up by Branch.

Jessica Welsh (Hamilton) tallied her 13th goal of the fall of the season, also assisted by Branch, in the 26th minute to put Cortland up 4-0. Welsh became the 12th player in school history to reach the career 100-point mark with the goal (41 goals, 19 assists, 101 points).

Cortland goalie Kailynne Reinoehl (Lititz, PA/Warwick) did not have to make any saves for the shutout, although she did have to come off her line to break up a potential fast-break attempt by Skidmore in the second half. Skidmore's only official shot was an attempt that was blocked about 15 minutes into the game.

Elizabeth Coughlin started in goal for Skidmore and made four saves over 25:56. Zoe McGuire recorded four saves and allowed two goals in 36:15, and Maddy Carre played the final 7:49 and did not make any saves. Cortland finished with a 16-1 advantage in shots and a 13-1 edge in penalty corners.

Cortland will be the top seed for the SUNYAC postseason tournament and will host fourth-seeded Geneseo on Wednesday at 2 p.m. 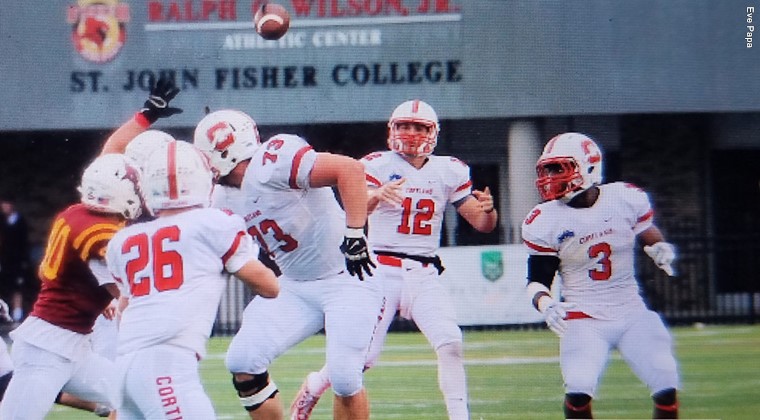 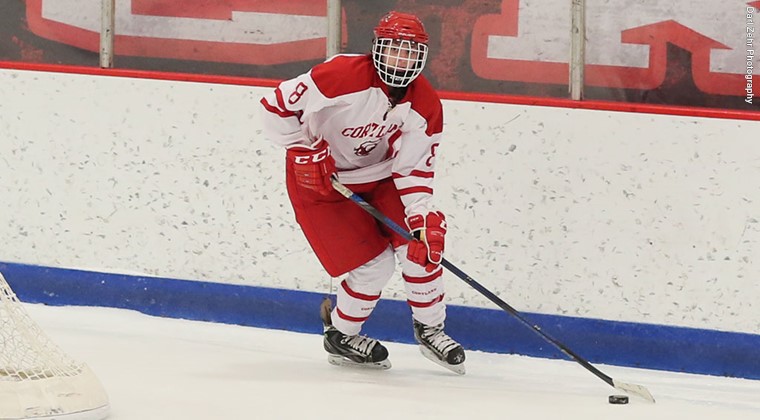