CORTLAND, N.Y. - The Cortland City School District is conducting an assessment of its school buildings, including the possibility of closing one of its five elementary schools, according to a letter issued by one of the district's school principals.

On Friday, Nov. 3, Parker Elementary School Principal Joshua L. Bacigalupi sent students home with a letter stating that the Board of Education has given the district's Facilities Study Committee the task of assessing the feasibility of maintaining five elementary schools.

Committee members have discussed the possibility of closing one of its elementary schools due to declining enrollment and fiscal stress, he said.

Baciagalupi said that closing one of the schools would "create the opportunity to consolidate services," improve cost-savings, and help the school district become more efficient.

"One scenario is that Parker Elementary School would be closed," Bacigalupi stated in the letter. "This does not mean that any decision to close Parker, or any specific elementary school has been made by the Board of Education."

The Facilities Study Committee is holding its next meeting on Wednesday, Nov. 8, at 6:30 p.m. at F.E. Smith Elementary School, located at 33 Wheeler Avenue in Cortland. At the meeting, consultants working with with the committee will present several potential scenarios, including closing Parker Elementary School.

"This does not mean that any decision to close Parker, or any specific elementary school has been made by the Board of Education," Bacigalupi said.

Any recommendations made by the committee will be presented to the Cortland City School District Board of Education for consideration in January, he said.

Materials for the upcoming meeting are available online and can be found here. 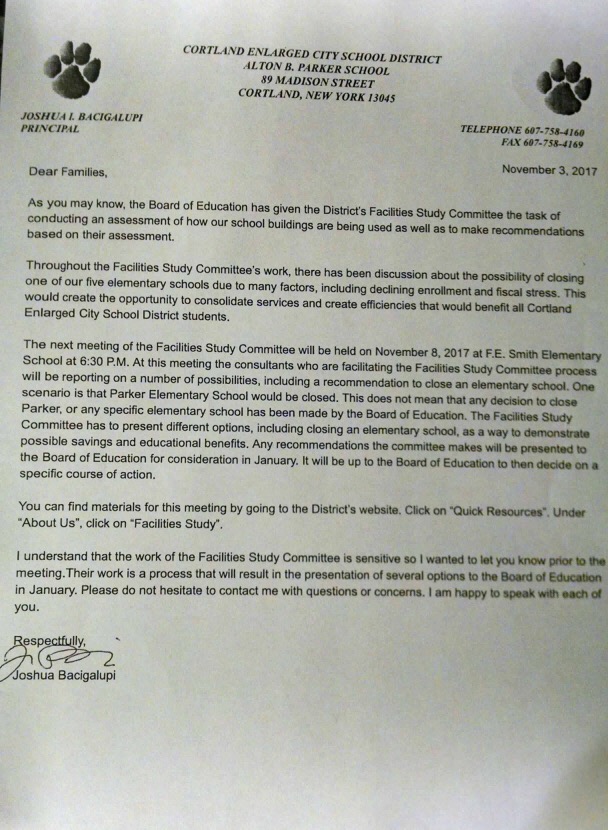 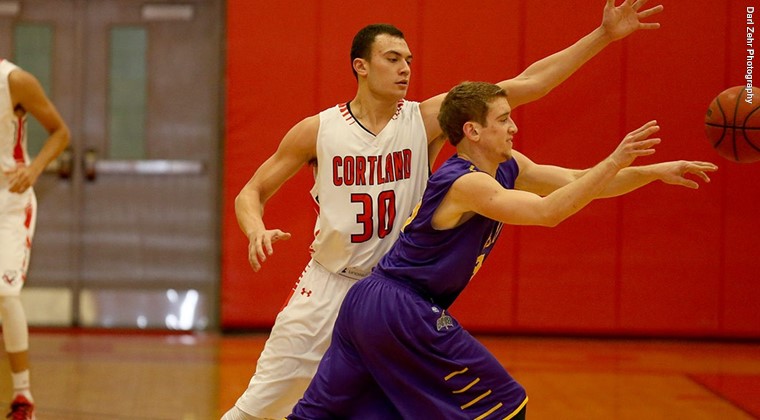 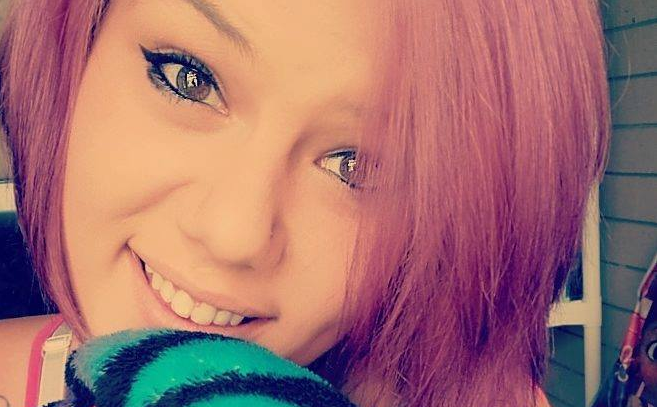