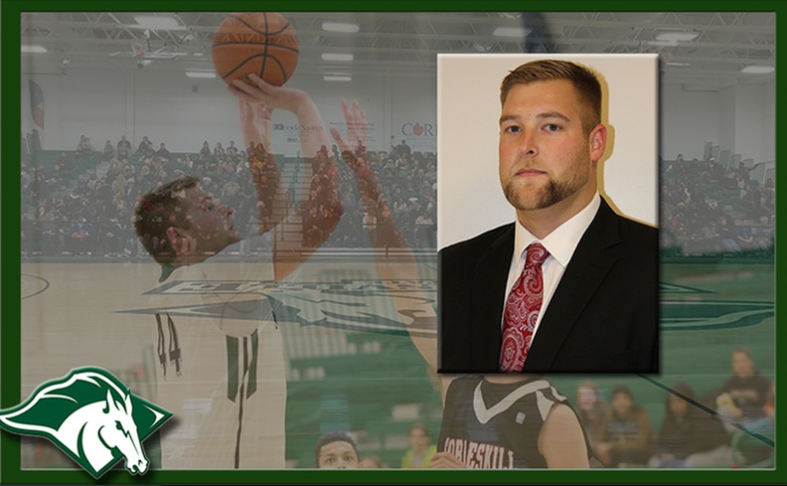 Editor's Note: The following is a press release from Sports Information at Morrisville State. It has been republished with permission.

Wilk returns to his alma mater after spending the past two seasons on the sidelines with the SUNY Delhi Broncos, serving as an assistant coach, and assisting the program to an overall 30-30 record over the last two years.

A 2015 graduate of Morrisville State College with a degree in web development and management, Wilk played two seasons at center with the Mustangs, appearing in 60 games during his career, amassing an overall record of 45 wins, 15 losses, while going 26-7 within the North Eastern Athletic Conference (NEAC).

During that time, the Mustangs claimed back-to-back NEAC regular season and championship tournament titles, while laying claim to the longest run made by any Morrisville State or NEAC team in the NCAA Division III Championship Tournament. His junior season, Wilk played a key role in the Mustangs reaching the Sweet 16 for the first time in program history, and as a senior, followed with an Elite Eight appearance as he averaged 11.6 points and 6.4 rebounds per game at center.

The Cortland native holds the ninth and 10th spots, respectively, in total rebounds (198) and defensive rebounds (117).

Aside from season records, Wilk also finds his name in the top five in career record standings, ranking third all-time in field goal percentage (.535), fourth in blocks (69), and fifth in block average (1.15 per game).

Wilk is a 2007 graduate of Cortland High, where he earned team MVP, first team all-League and honorable mention All-CNY accolades. He remains the single season rebounding leader for the school with 235 rebounds.

Morrisville State College's curricula are enriched with applied learning and pave the way for opportunity at both the Morrisville and Norwich campuses. An action-oriented, interactive learning lab, the college is a national leader in technology and has been lauded for its exemplary, innovative and effective community service programs.

Cortland will get its first taste of ...