Home›Featured›Will the Cortland City School District close one of its elementary schools?

Will the Cortland City School District close one of its elementary schools? 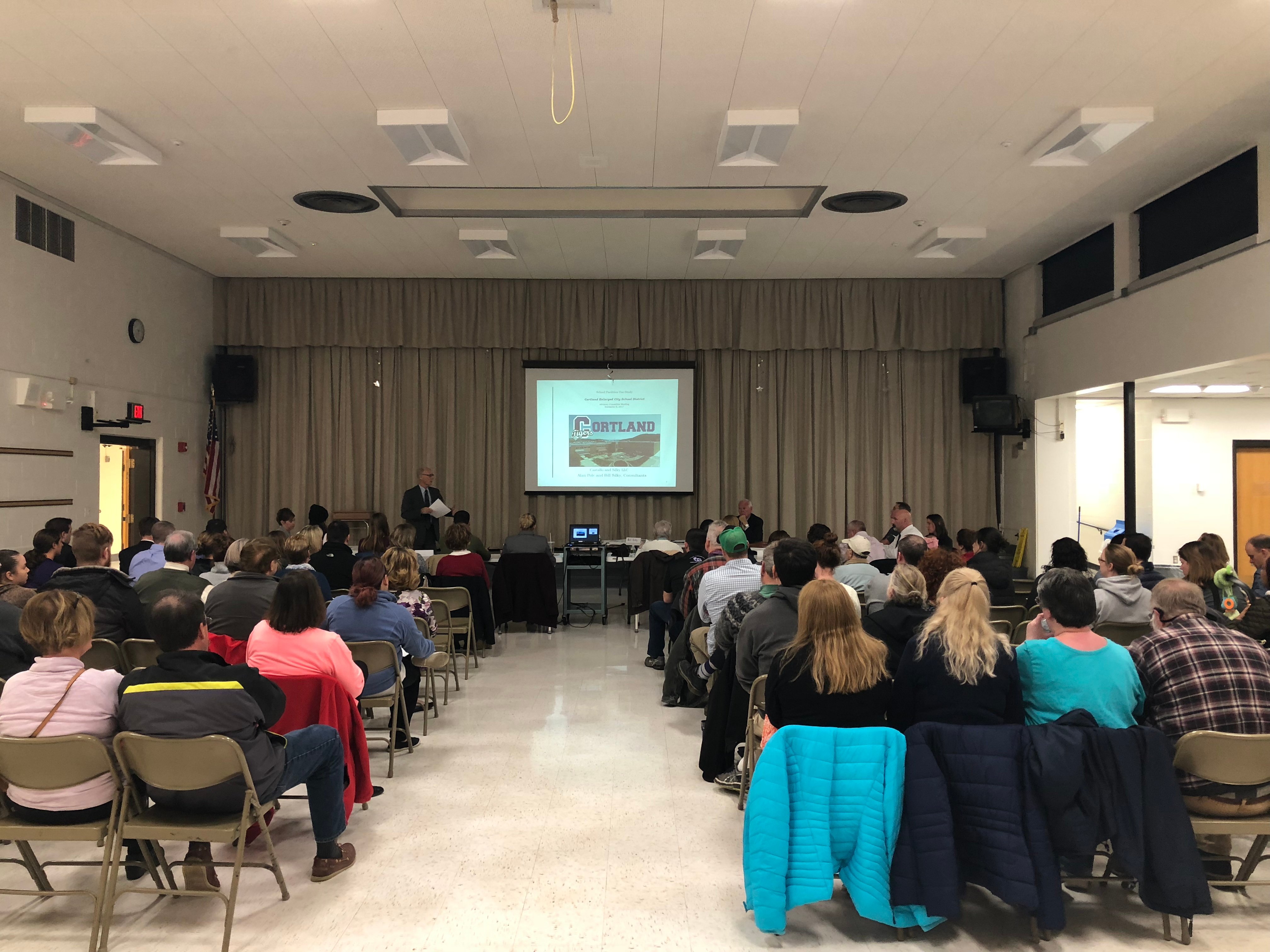 CORTLAND, N.Y. - Concerned parents filled F.E. Smith Elementary School’s cafeteria Wednesday night to gather information and give input on the future of the schools in their neighborhood.

A letter was sent home with students of Parker Elementary School on Friday, November 3, by Principal Joshua L. Bacigalupi informing parents that Parker is one of five schools being considered for closure as part of the district’s discussion on consolidating services and improving efficiency within the educational system.

Virgil Elementary School is the other option considered for closure, which currently enrolls 124 K-6 students, while Parker enrolls 248 K-6 pupils.

Wednesday’s meeting was the fourth in a series of forums piloted by Alan Pole and Billy Silky, of Castallo and Silky, to present the school district’s advisory committee with salient options to help mitigate the advantages and disadvantages of each option. The school district and the consulting firm will submit their final recommendation to the district’s Board of Education on Jan. 23, 2018. The Board of Education is tasked with making the ultimate decision.

The purpose of the study is to discover “what options exist to arrange the grades and school buildings to maintain, and perhaps enhance, the education of Cortland City School District students while ensuring fiscal responsibility to the taxpayer.”

The major conclusion of the study is that CECSD has suffered declining enrollment the past five years, and this trend will continue for at least the next six years. Pole and Silky also found that the district has excess capacity in nearly all of its buildings, and all school buildings are in need of capital work. Parker would need at least $5 million in improvements over the next 5 years, as evidenced by a Building Condition Survey by CECSD’s architect firm, King and King Architects LLP, out of Syracuse.

Enrollment projections, like many districts upstate, are on the decline, with 89 percent of districts having lost students over the last 10 years. Pole and Silky also touched upon the “complex routing system” of buses in the district, pointing to the fact many buses have to drop off and pick-up students at multiple schools.

Pole and Silky also recommended that if staff reductions be a part of the future facilities plan, it should be accomplished through attrition, essentially meaning staffing across the district is not condensed involuntarily.

According to Pole and Silky’s School Facilities Use Study, Parker would be easier to re-purpose due to its location within the city of Cortland, allowing it to preserve stable market value; Parker is the oldest and smallest building, it was built in 1928, and has 50,573 square feet; Parker has the fewest number of students that would be impacted by closure; the school has parking issues, and there’s no bus loop for dropping off and picking up students, translating into a significant safety issue for children.

Currently, all of the schools in CECSD have significant outstanding debt, with interest accruing, as of June 30, 2017, adding to the district’s financial stress:

Pole and Silky provided a breakdown of staffing expenses for 2017-2018, saying fringe benefits—health insurance, retirement, social security, workers compensation, and unemployment insurance—at 47 percent are compounding the district’s fiscal stress. The total salaries for the current fiscal year, not including fringe benefits, is $21 million.

Some of the options presented to the advisory committee would be to close Parker Elementary, sending students to neighboring schools, or conversely, closing Virgiland sending students to schools in the City of Cortland. Pole and Silky rendered the idea of creating “grade centers” for K-2 and 3-5 at the schools remaining open and possibly constructing a 6-8 Middle School. The creation of a 6-8 Middle School would cost the district anywhere from $8 to $10M in site work, furniture, and miscellaneous renovations. 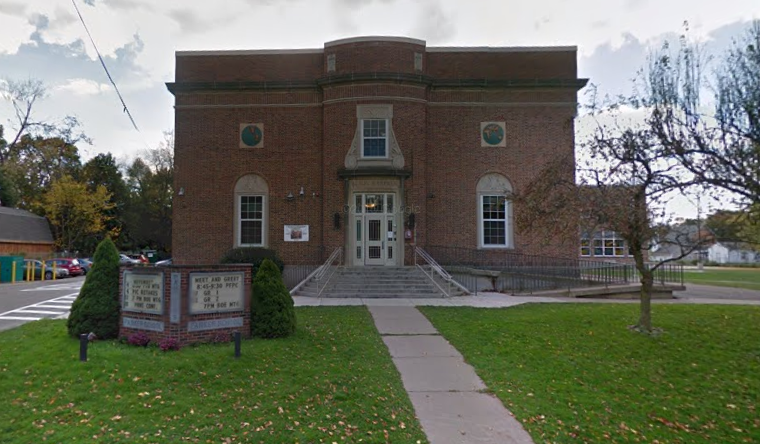 Many parents articulated concerns about the disruption in transportation and potential for an increase in classroom size with the consolidation of elementary schools. The consultants assured worried parents all of the various options presented for consideration maintained a classroom size of 24 students, which is CECSD’s current classroom size. Pole and Silky said a dissection of the district’s current and future transportation will be tackled at the next meeting on Jan. 3, 2018 at Virgil Elementary School.

One frustrated parent mused the idea of consolidating and coalescing administration—where the highest percentage of annual salaries are encumbered—from Homer and Cortland’s Board of Education, but the consultants affirmed it would not be legal to have one board across two districts. Another parent questioned why Parker was chosen, and Superintendent Michael J. Hoose spoke up, saying he chose Parker as a school for the consultantsto evaluate. Another parent proffered the idea of turning Parker—if it should be closed—into a 6-8 Middle School, but Pole and Silky claimed it wouldn’t make sense to retrofit an elementary school to a middle school.

The consultants maintained that all of the options presented were concepts and not blueprints, and that the Board of Education has the ultimate decision. The public is invited to attend the penultimate meeting on Jan. 3, 2018 at Virgil Elementary School. 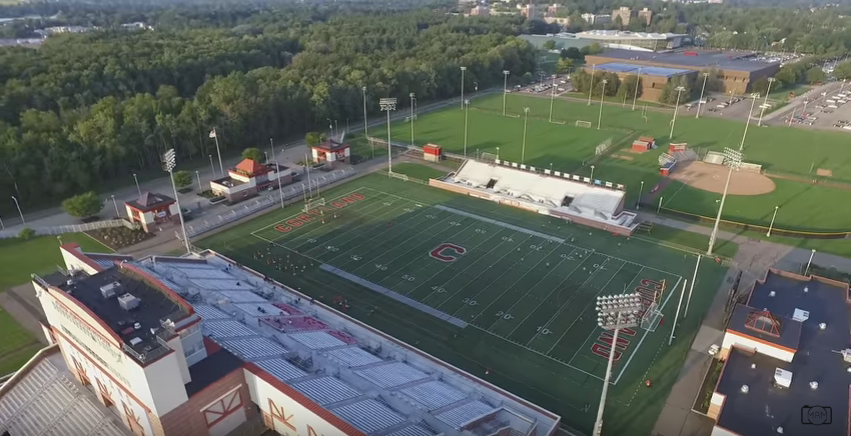 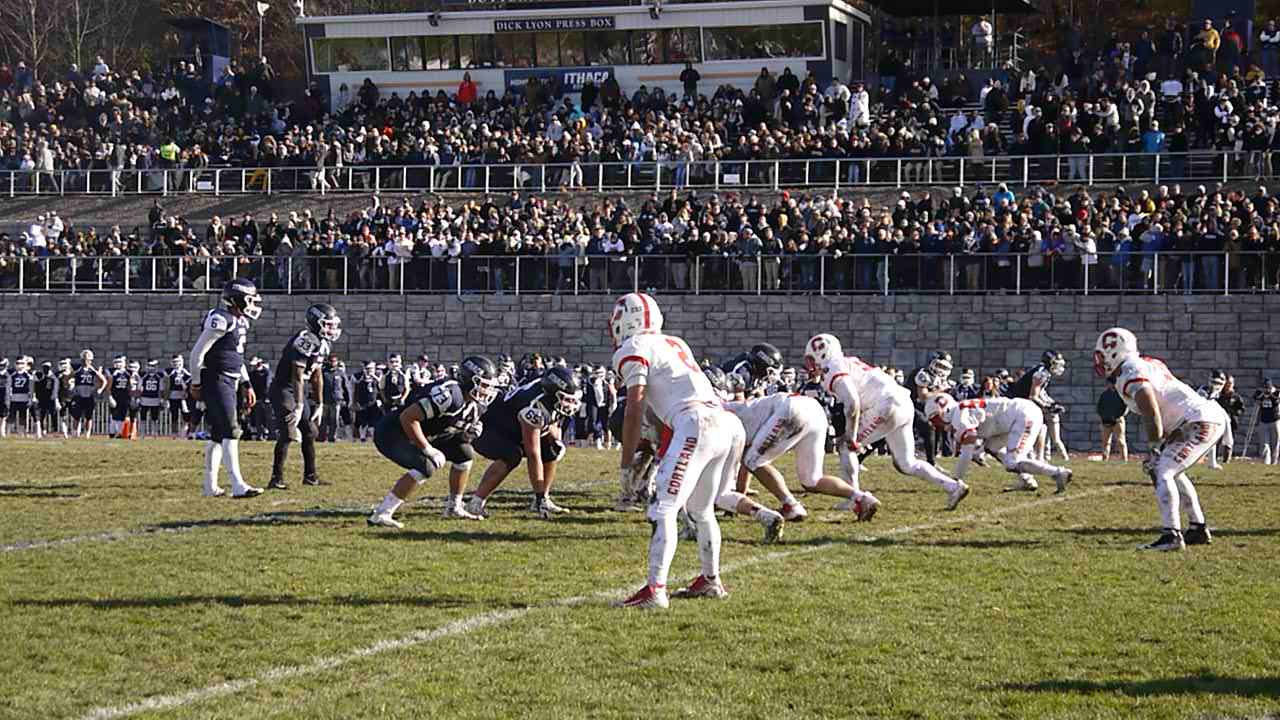