CORTLAND, N.Y. - Some residents in Cortland County could see up to a foot of snow in their backyards after a winter storm passes through central New York this week.

The National Weather Service has issued a winter storm warning that will remain in effect until 6 p.m. Wednesday. Warnings are also in effect for the Finger Lakes, Mohawk Valley, and Syracuse areas, and the remainder of New York counties are under winter weather advisories.

Light snow followed by scattered snow showers will spread across the region Monday night and Tuesday afternoon as part of an arctic cold front originating from the west. Snow accumulations during this time are expected to reach between 3-4 inches in Cortland County.

Lake effect snow showers will develop Tuesday night and continue through Wednesday across central New York, according to the National Weather Service. About 6-8 inches of snow is expected to accumulate during this time, accompanied by wind gusts of 20 to 35 mph.

Snow will become lighter by Wednesday night and continue into Thursday before tapering off into flurries by the weekend. Overnight low temperatures will range from 10 to 25 degrees. 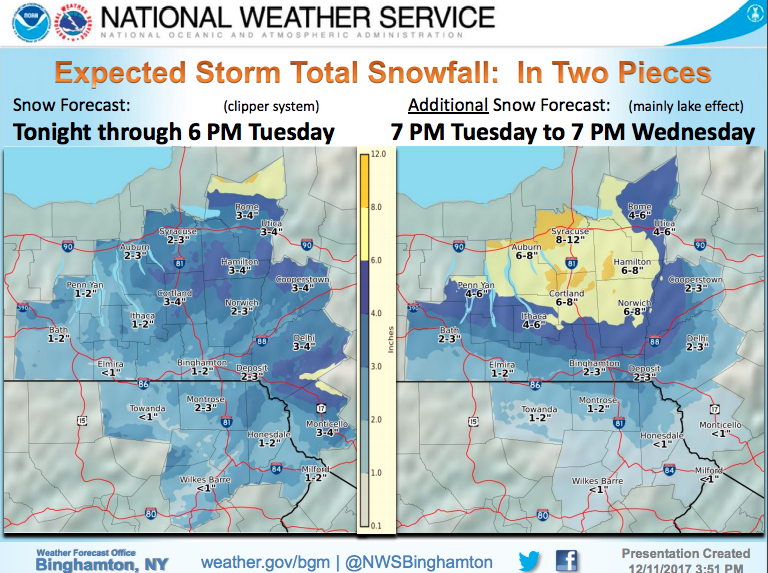 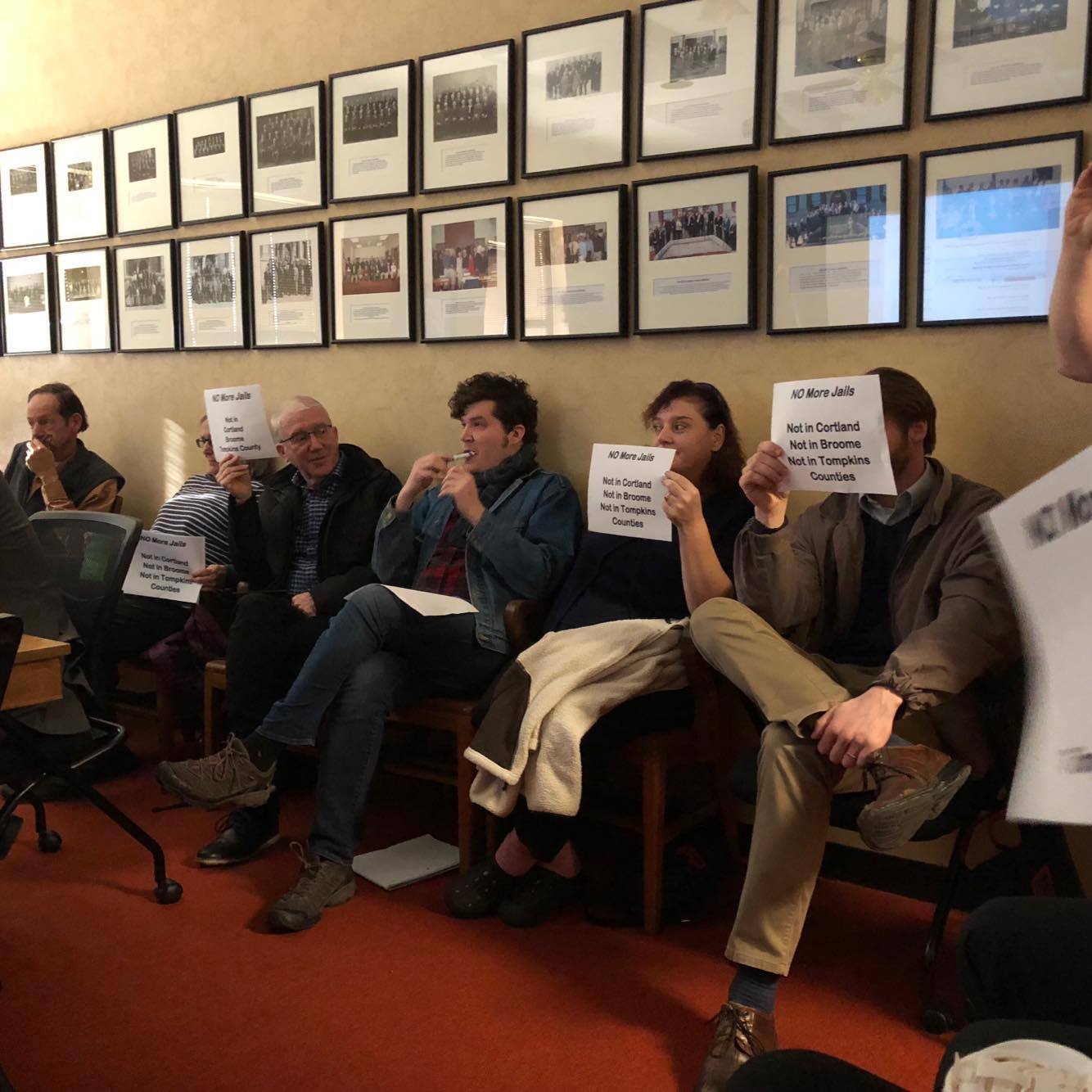