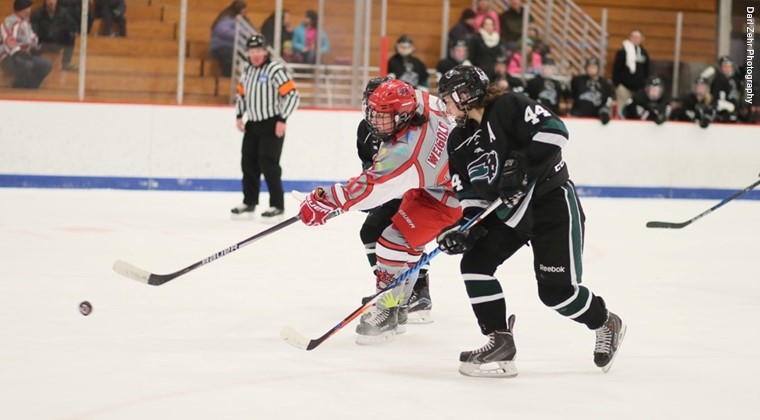 CORTLAND, N.Y. – The Cortland women's ice hockey team scored a pair of third-period goals to seal a 4-1 victory versus Nichols College Saturday afternoon in non-conference action at Alumni Arena. With the win, the Red Dragons improved to 4-7-2 overall, while the Bison fell to 6-5.

Weigold gave the Red Dragons a 1-0 lead at 17:25 of the first period. After Cummings blocked a shot, Weigold picked up the puck and skated in on the Bison goal. AFter her initial shot was denied, Weigold regained possession and netted her third goal of the season.

Jackson tied the game on the power play at 7:20 of the second period when a shot caromed off her leg and past Farmer. King netted the game-winning goal at the 15:50 mark, scoring off a rebound from the slot.

Kolb's power-play goal at 10:39 of the third period pushed Cortland's lead to 3-1. With 3:29 remaining in the game, Nichols pulled Goyette for an extra skater, but the Bison were whistled for a penalty at 18:34. Just 15 seconds later, Weigold scored her second goal of the game to make it a 4-1 score. Nichols lifted Goyette a second time with 38 seconds remaining but could generate a scoring chance. 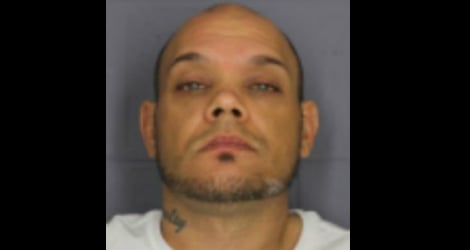 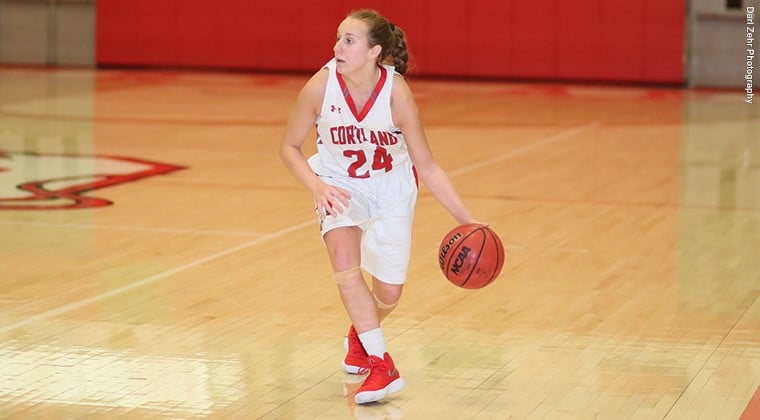