This Cortland alum is selling world-famous hot dogs in Charlotte 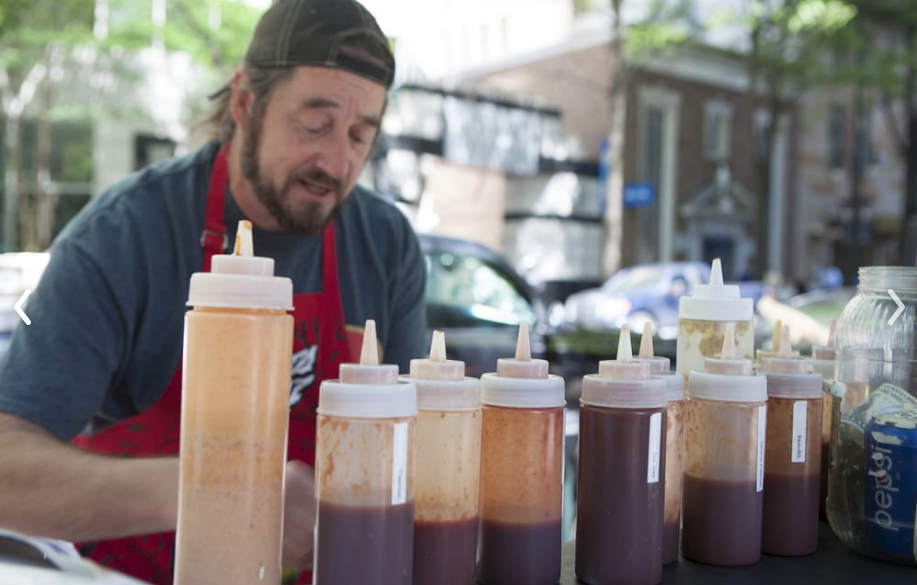 Editor's Note: The following is a media release from SUNY Cortland. It has been republished with permission from the author.

Werany, known as the Chili Man to his loyal and dedicated customers, runs a hot dog stand at the corner of S. Tryon and 4th streets in uptown Charlotte, N.C. Yelp named Werany’s food the No. 1 wiener in America in 2017 and his cart ranked as the No. 1 restaurant in Charlotte on Yelp — beating out fancy, sit-down eateries — each of the last two years.

His constantly evolving list of gourmet chilidog creations has included the Frito pie dog, the Vinegar Bomb, the Backside Destroyer and the Free to Brie, You and Me Dog. His condiments range from homemade bacon jam to macaroni and cheese to apple coleslaw. 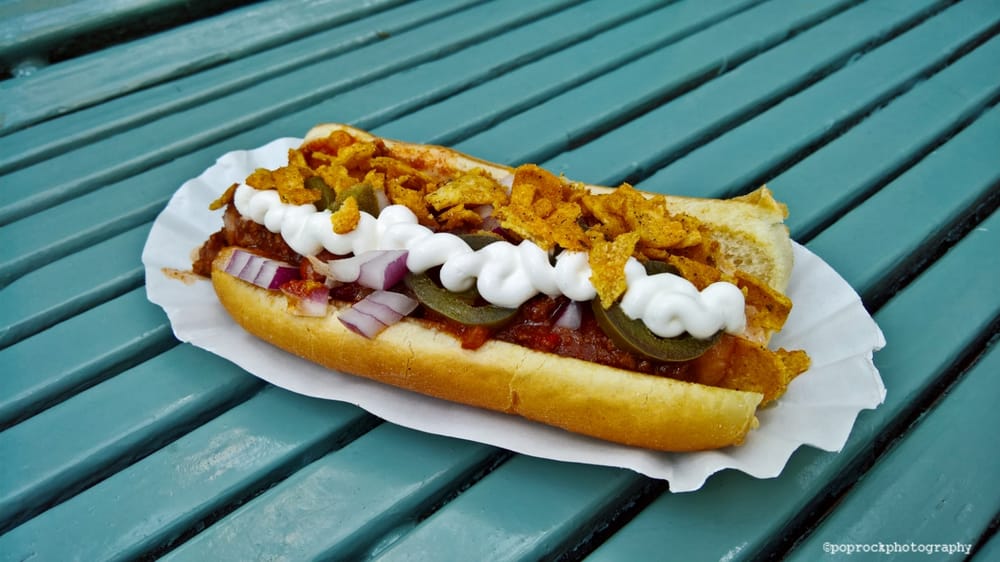 Charlotte Magazine recently named Werany one of its Charlotteans of the Year in 2017. The honor, however, had little to do with his culinary exploits. The founder of SHRED, Skaters Helping Realize Extraordinary Dreams, Werany has spent nearly 60 hours each week the last six winters organizing events to raise money for the families of children born with spina bifida.

Six years ago, Werany, a former recreation, parks and leisure studies major, noticed the family that moved in next door had a young boy in a wheelchair. The boy, Gabe Ospina, was born with spina bifida, a birth defect that causes the spine and spinal cord to form improperly. The Ospina family had gone to China and Mexico seeking treatment and had incurred massive costs for the surgeries and travel.

Werany typically closes his hot dog stand in late November and reopens in the spring, so he had some free time in the winter to brainstorm ways to help his new neighbors. Werany’s son, Jake, had recently gotten the family into skateboarding and the idea for SHRED was born.

“I liked putting it together but I got addicted to making this money and handing it out to people who have these incredible needs,” Werany said.

Werany became committed to making SHRED an annual event. It has expanded from its original skateboarding focus to become a massive art auction, with skateboard decks featuring as the primary canvases. The inspiration struck Werany while he was getting a tattoo and the artist mentioned a skateboard deck art exhibition he had heard about.

“That’s really cool. I’m going to run one,” Werany said. “The idea came to me when I was getting art put on my bod. I was so enthralled with the idea, I spent $400 on blank skateboards. People just went haywire.”

The Piedmont Middle School art honors program contributes painted skateboards as part of its winter project. Charlotte Art League, the leading nonprofit art organization in the city, has lent its assistance and expertise. Of course, Werany has also leaned on his hot dog stand clientele, getting autographed items from Newton and fellow Panthers such as Mike Tolbert and Luke Kuechly.

“The skateboards are just the canvas,” Werany said. “We have people who do beautiful fine art and oils and pastels and make them into usable pieces. It’s a challenge to do art on a skateboard. It’s not flat, it’s not square and there are no hard corners and you really have to think your way around the space. I thought that felt like you’re making somebody work to make it right.”

Those who can’t attend the event in person but would like to donate may give through YouCaring.com.

Charlotte has one of the biggest pockets of SUNY Cortland alumni outside of New York state. Over 300 alumni live and work in the area, particularly in the fields of education and banking. Charlotte hosts an annual Cortaca viewing party for the November football game against Ithaca College.

This year, SHRED is paying it forward to Harlan’s Heroes, another 501(c)(3) charity in the Charlotte area that focuses on pediatric cancer, giving it part of the proceeds. Werany said he spent the first few years fighting to draw attention to SHRED and its cause and he’d like to spread the word about another local charity.

The annual SHRED events have gone beyond assisting the Ospina family. Werany also helps families that have children with autism and other adaptive needs. During the first event, Werany met Gabe’s best friend Luke Rainwater, another young boy with spina bifida. Luke’s family has been part of the festivities ever since. SHRED has also grown to include Tray Sarich, a boy born with a limb abnormality that required amputation. Proceeds from previous events allowed Troy’s mother to buy him a prosthetic leg. Josh Bridgewater, from California, who has spina bifida, travels to Charlotte each year to hang out with his newfound friends.

“(Josh is) constantly sending me messages saying he can’t wait until SHRED because he wants to see his little SHREDers and hang out with Gabe and Luke,” Werany said. “We’ve become this great little family.”

After more than two decades in the food industry — first working in restaurants when he initially moved south with his wife, and then on his own as an entrepreneur — Werany is putting his degree in recreation and leisure studies to good use. He first learned about organizing events during his time as a student, helping to run the Cortland Fun Fest, a class project community event for recreation, parks and leisure studies majors. Werany helped set up booths demonstrating recreational activities and he recalls BMX riders participating in the festivities.

Werany was the first recipient of the Marcia K. Carlson Award, which is given to a deserving student majoring in recreation, parks and leisure studies who demonstrates a high regard for people and the natural world through outdoor education. Carlson, who died in 2012, taught for 26 years in the department, conducted the Outdoor Education Center on Raquette Lake for more than 15 years and developed a new interdisciplinary minor in outdoor education.

From the Fun Fest to hot dogs to SHRED, Werany’s bright personality has brought joy to so many. He’s glad that his latest efforts are having life-changing effects on families.

“I know I’m making a difference in their lives and, quite honestly, they’re making a difference in my life,” Werany said. “I’ve become more compassionate. People think I started off as this great compassionate guy, but I just wanted to do something nice. I think getting involved with these families and their boys over the years, it’s become more my nature by doing it. I love doing it.” 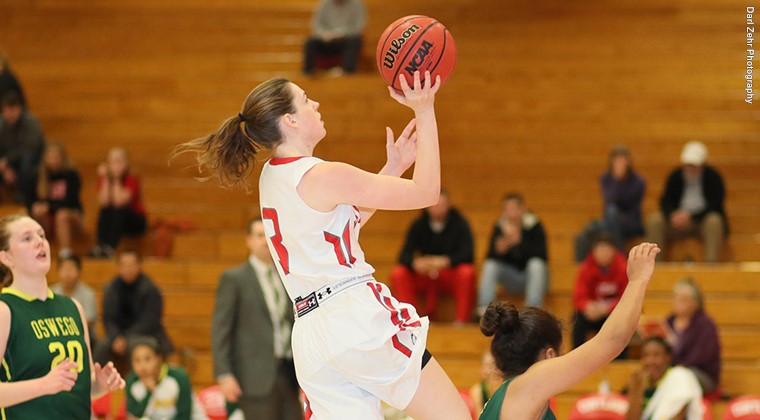 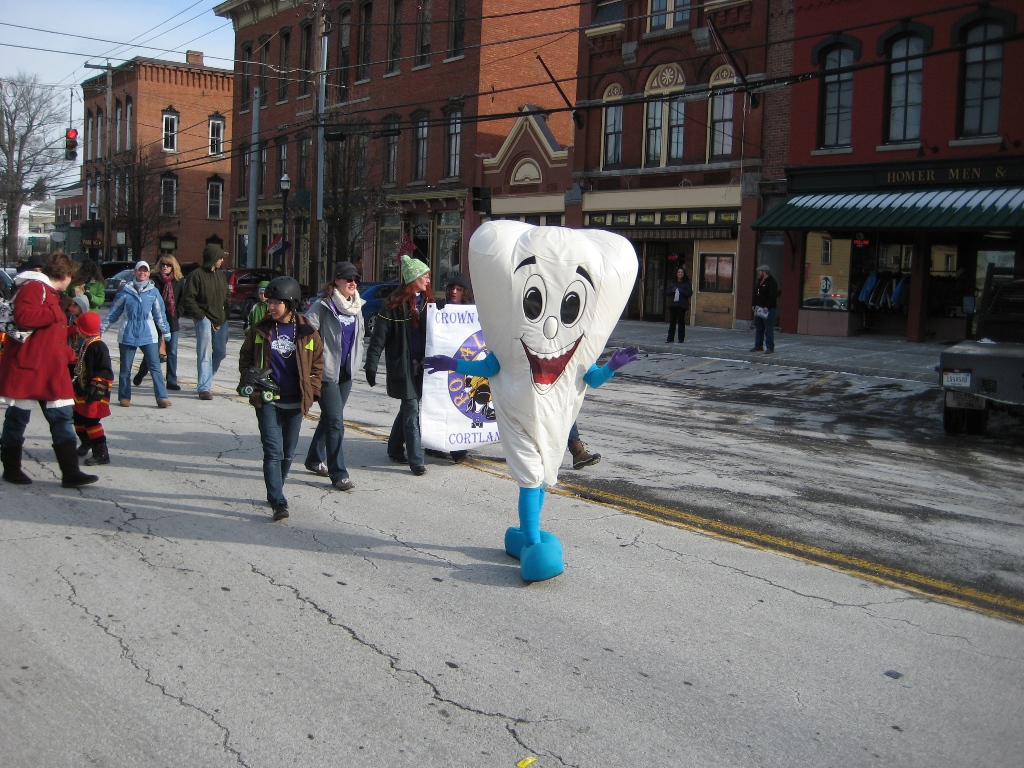