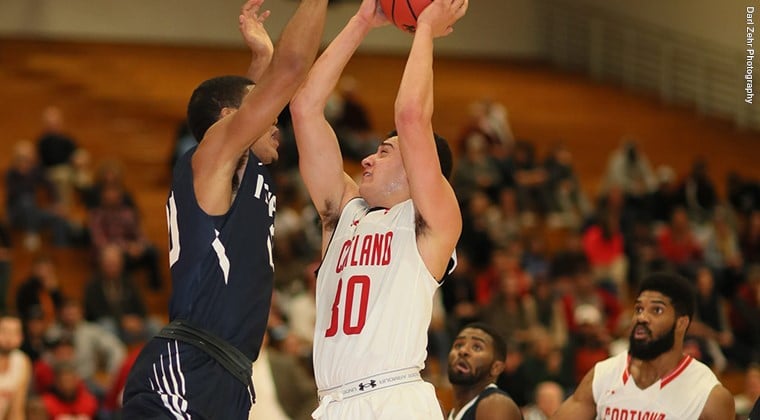 Cortland snapped a three-game losing streak and is now 16-6 overall and 11-4 in the SUNYAC. The Red Dragons are tied for second in the league with Brockport, each a game ahead of fourth-place Geneseo (10-5).

Morales reached the milestone on a layup with 9:35 remaining in the second half. He finished 6-of-13 from the field, including 2-of-3 on 3-point attempts, and made both of his free throw attempts. Morales currently has 1,007 career points.

Cortland led by only four at 18-14 with nine minutes left in the first half, but rattled off a 13-0 run over the next five minutes to take control. Ryan Schmadel (Oriskany) scored all five of his points during that stretch; he also finished the game with five rebounds.

Fredonia cut a 43-22 Cortland halftime lead to 48-35 on a Dante Williams jumper with 13:59 remaining, but the Red Dragons responded with an 11-point surge that featured seven points from Joseph. Fredonia was able to get no closer than 20 points the rest of the way.

Cortland shot 44 percent (12-of-27) from 3-point range and 43 percent overall, and the Red Dragons made 13-of-14 free throws. Fredonia finished at 42 percent overall but only 5-of-17 from deep, and the Blue Devils were only 1-for-3 from the charity stripe. Cortland also held a 23-8 advantage in points off of turnovers as Fredonia turned the ball over 18 times compared to just six by the Red Dragons. 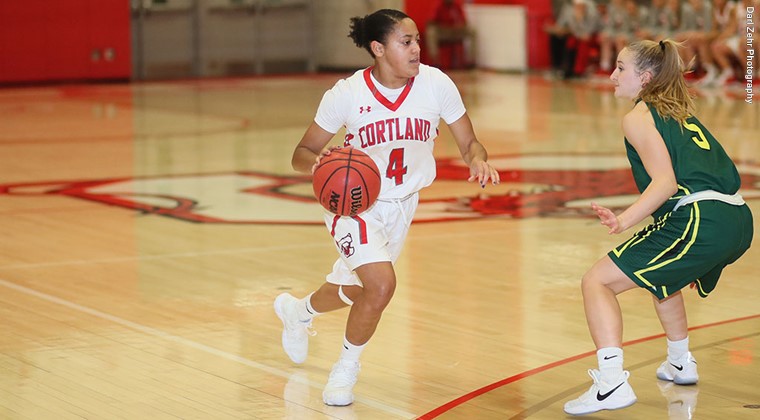