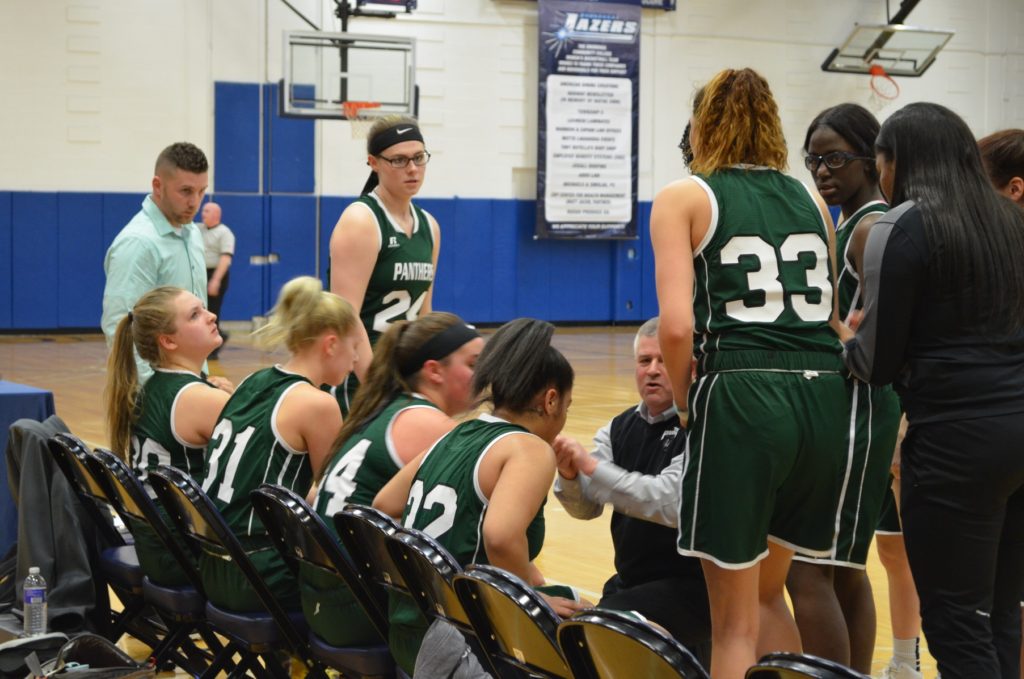 Beating the same team twice in four days is a tough task under any circumstance. When the opponent is one of the top teams in the region, it becomes even more difficult. That was the challenge facing the Tompkins Cortland Community College women's basketball team when the Panthers traveled to Syracuse Tuesday to take on the Onondaga Community College Lazers in the quarterfinal round of the NJCAA Region III playoffs, just days after beating the Lazers in the Mid-State Athletic Conference tournament. Tuesday's result wasn't as good for the #5-seed Panthers as the #4-seed Lazers took the game by a 77-61 final. The loss ends the season for the Panthers with a record of 16-10. Onondaga advances to the regional semifinals this weekend.

Onondaga opened the game with six straight points, but after a Taylor Day (Brooktondale/Ithaca H.S.) three-pointer broke the ice, the Panthers went on to score 11 straight as part of a 21-4 run. A late Onondaga bucket made the Tompkins Cortland lead 21-12 at the first break.

The first three minutes of the second quarter saw Onondaga cut into the lead with a 5-0 run, but the Panthers answered with a 6-0 run that featured four points from MacKenzie Kenyon (Ovid/South Seneca H.S.). The lead stood at 27-17 with under six minutes left in the quarter, but Onondaga used a 10-2 run to make it a two-point game at 29-27 with 2:40 left in the quarter. Four free throws from Day stemmed the tide, but the Lazers were able to cut a little more off the lead. As the teams went to the locker rooms for halftime, the Panthers led 35-34.

The lead changed hands in the opening seconds of the third quarter as Onondaga scored the first five points to lead 39-35. The Lazers pushed the lead, eventually outscoring the Panthers 27-14 in the quarter to lead 61-49 heading into the fourth.

The start of the fourth was promising, with Day and Jaida Washington (Elmira/Elmira H.S.) scoring four quick points in the opening minute to make it 61-53, but the Lazers answered with four to push the lead to 65-53 with 7:35. The Panthers gave it another run, with Washington converting back-to-back hoops to make it 65-57 with 5:00 left. After an Onondaga basket, Washington made 1-of-2 free throws to cut it back to single digits at 67-58 with 3:44 left. Unfortunately for the Panthers, it was the last time the margin would be in single digits as Onondaga closed the game on a 10-3 run to end the Panthers' season.

Day led all scorers with 21 points while also pulling down 7 rebounds. Washington had a big second half to finish with 19 points, 12 rebounds, and 4 blocks. Kenyon posted 17 points, 4 rebounds, and 2 steals while Tatiana Minnick (Ithaca/Ithaca H.S.) had team bests of 6 assists and 3 steals. Shelby Koch (Auburn/Union Springs H.S.) had a solid game with 10 rebounds, 3 assists, and 2 assists.

The loss ends one of the best seasons in the history of Panthers women's basketball. The 16 wins ties the record for wins in a season, the appearance in the MSAC championship game was the first in program history, and the #5 seed in the regional tournament ties the best in program history. In addition to the team accomplishments, sophomores Washington and Minnick each put their names in the record book in multiple places, leaving a legacy that will not be forgotten. Put it all together, and, despite the disappointing ending, 2017-18 will be remembered as a great one for Panthers women's basketball. 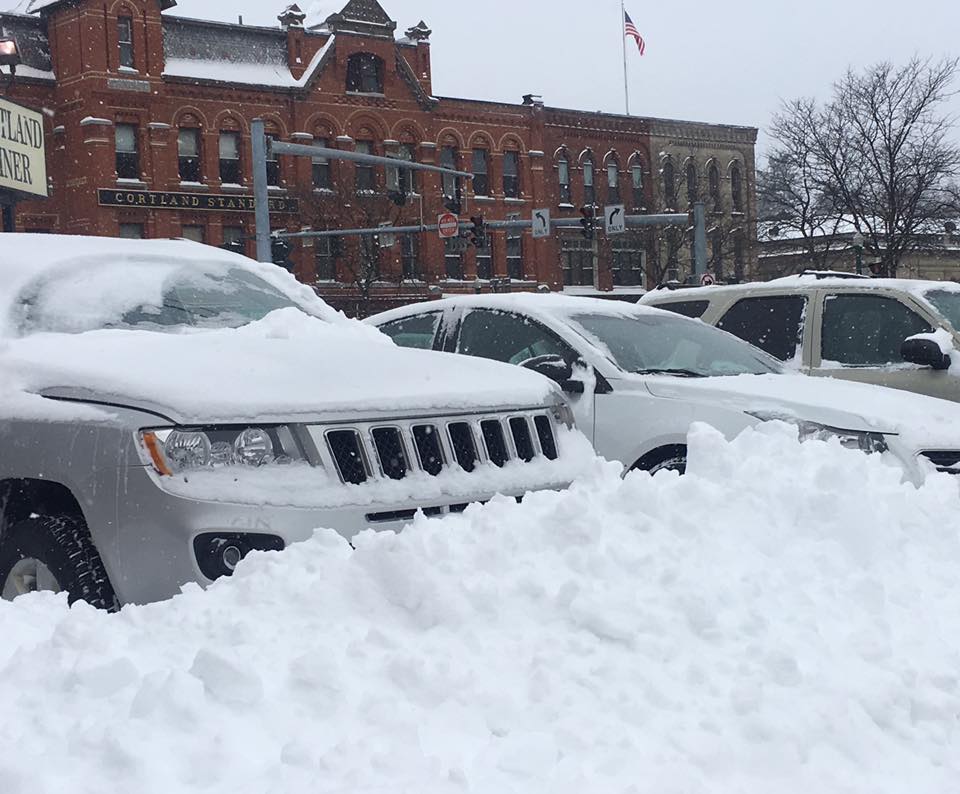 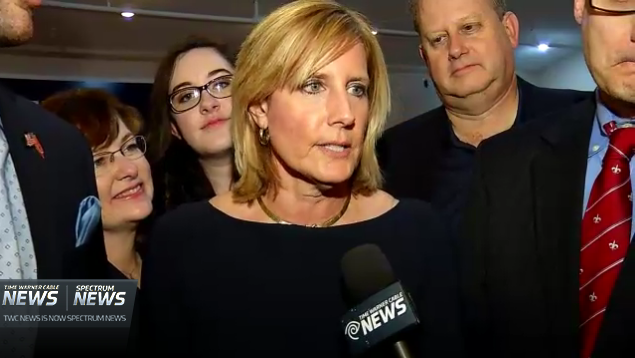