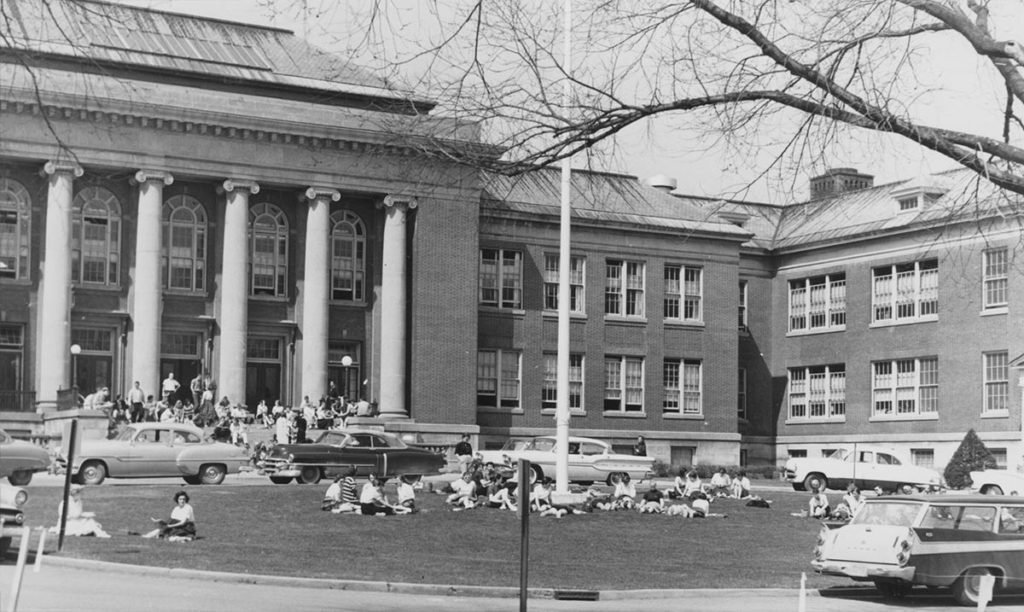 Randi Storch, professor and History Department chair, is working with students to bring this past into the present for the College’s Sesquicentennial with the creation of a comprehensive digital timeline of the College.

“People should always care about their history,” said student Henry Drew, who works with Storch on the project. “We stand on the shoulders of giants, but we don’t realize these foundations.”

Sesquicentennial celebrations will begin this July with Alumni Reunion 2018 and continue through Reunion 2019.

The timeline is a multimedia project that will have its own web page ,separate from the College’s, scheduled to be activated in July 2018. The project will consist of approximately 150 historical points, give or take, from 1868 to 2018, which will vary in focus between academics, arts, athletics and infrastructure. Storch is working with Loren Leonard, the web operations specialist of Systems Administration and Web Services (SAWS) to create an aesthetically pleasing and functional web page. The History Department also is working with Fran Elia, director of sports information, in order to compile a comprehensive history of campus athletics.

The Communication Studies Department is also heavily involved. Professor and Department Chair Paul van der Veur and his students are working to construct comprehensive, three-dimensional digital models of six campus buildings. These high-definition replicas will be incorporated into the timeline in order to give users a more interactive experience. There are also tentative plans to install a permanent exhibition of the timeline with an interactive screen in a building on campus.

A number of History Department student interns started gathering information for the timeline from Cortland College: An Illustrated History by the late Professor Emeritus of History Leonard Ralston during the fall 2017 semester. That provided the students with a general overview. As their research got more specific, the students turned to the archives in the Memorial Library as well as past student yearbooks and issues of the Cortland Standard newspaper.

Coinciding with the Sesquicentennial, Storch and Kevin Sheets, an associate professor of history, are working on an updated edition of the original Ralston book, which covered events through the end of the 1980s.

“It’s an ‘all hands on deck’ kind of thing,” Storch said of the updated book, which is tentatively planned for release in July. “I’m part of it, but there’s a larger team making this happen.”

Members of the student team collaborating with Storch on the timeline understand how much work goes into capturing past events accurately.

“One hundred and fifty years is a lot of history, a lot of generations and a lot of different time periods,” said Drew, a history and adolescence education in social studies major from Baldwin, N.Y. “You have a plethora of information and you have to condense it.”

“I had no clue what I was signing up for,” he said. “I was just asked, and I wanted the opportunity to do research in my field. I love doing research, figuring out the puzzle pieces.”

Junior Kaycie Haller, a history and adolescence education in social studies major working on the timeline, said that her passion for history was ignited by an interest in ancient Egypt when she was younger.

“I always liked the stories that history told,” said Haller, a native of Wantagh, N.Y. “It’s been a ton of fun and totally exciting. I like the mystery of figuring it all out.”

Drew and Haller encountered several such mysteries in their research, including a hunt for the cornerstone of the original Cortland Normal School building, which was located in downtown Cortland on Church Street before burning to the ground in 1919. The stone was eventually found in storage in Old Main, and Storch and her students are hopeful that it will finally get the exhibition it deserves.

“Having a historical sense of place is important because history helps us understand who we are today,” Storch said.

The College’s current campus was opened in 1923 with the completion of Old Main. Ten years later the Red Dragon became the College’s official mascot. In 1948, Cortland State Teachers College became one of the charter members of the State University of New York, and in 1963 new arts and sciences programs were introduced to the curriculum.

Another sought-after artifact of the College is the Wickwire Cup, a trophy once awarded to fraternities and sororities for the highest GPA before it went missing without a trace. The College’s past is rife with such interesting stories, and the students were particularly intrigued by events that took place in the 1960s under the administration of President Ken Young.

Between 1967 and 1968, the Miller Building was constructed in front of Old Main’s courtyard, which once served as the grand entrance to the school. According to Ralston, the placement of Miller at the time represented a brewing conflict between faculty and administration during the College’s transition from strictly a normal school to a school incorporating liberal arts.

“There’s a story behind every decision that was made, and those past decisions shape the choices that are available to us today,” Storch said.

Drew and Haller were also impressed with the number of iconic musicians who performed at SUNY Cortland before their careers took off, including Billy Joel, the Grateful Dead, and Simon & Garfunkel.

Sonia Socha, then a graduate student at the University at Albany who was serving as assistant director of student activities at SUNY Cortland, shared with Storch and the students her personal account of organizing Joel’s performance in the Moffett Center gymnasium. Socha cites it as a significant leadership experience. The concert’s opening act had performed so well, Socha said, that Joel was actually nervous to go onstage and needed her words of encouragement.

For Storch and her students, it is stories of this kind that make learning about the past important.

“How do we understand what we’ve become today?” Storch said. “Who are the people, places and events who have taken us on this arc? Hopefully, everyone on campus will see on this timeline a little piece of their Cortland experience.” 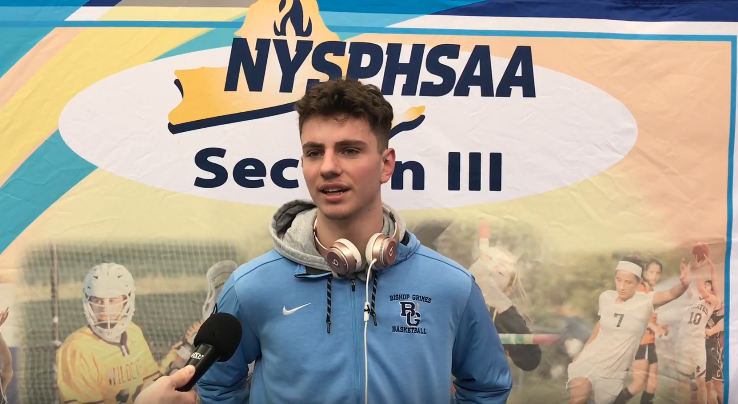