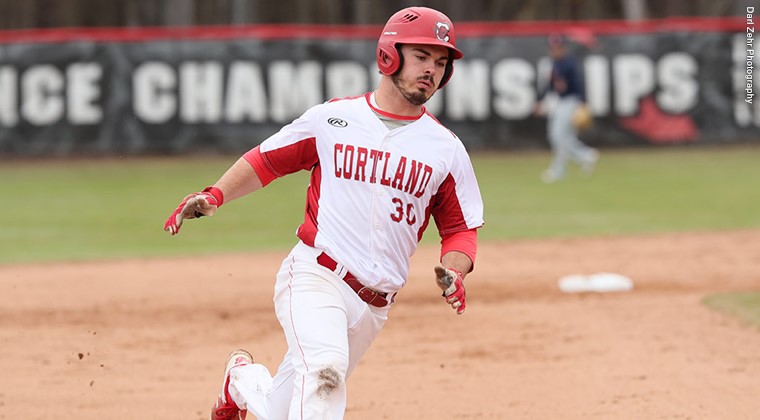 CORTLAND, N.Y. – Colin BeVard (Syracuse/West Genesee) hit a walk-off homer with two outs in bottom of the 11th inning to lift nationally seventh-ranked and tournament top-seeded Cortland past second-seeded Oswego, 2-1, in the winner's bracket of the SUNYAC Baseball Tournament.

Cortland (32-8) will face either Oswego or New Paltz in the championship round Saturday at noon. Cortland would need just one win in two attempts to win the league title.

BeVard hit liner on a 2-2 pitch that just cleared the fence in right. The play was reminiscent of a Cortland regular-season win at home versus Oswego last spring in which BeVard hit a two-run homer in the bottom of the 11th for a 5-3 Cortland victory.

Steven Salisbury (Cranston, RI/Moses Brown) relieved Harrington to start the ninth and pitched two and a third scoreless innings with two strikeouts. Isiah Hudson (Hyde Park/FDR) entered with one out in the 11th with runners on first and third and retired two batters to end the inning. He received the win when BeVard hit his second homer of the season.

Cortland took a 1-0 lead in the seventh on singles by Patrick Schetter (Beacon) and Matthew Personius (Binghamton/Chenango Valley) and a Marcos Perivolaris (Mattituck) double play grounder. Oswego (23-12) tied the game in the top of the eighth. Kevin Hylas singled with one out and Zach Whelan reached on catcher's interference. With two outs, Brandon Nicholson singled to left to drive home Hylas. The Lakers left runners on first and third after a groundout ended the inning.

Each team mounted one other threat during the first nine innings. Cortland got one-out singles by BeVard and Justin Teague (North Syracuse/Cicero-North Syracuse) in the first but eventually left runners on first and third. Hylas doubled to lead off the top of the sixth for Oswego, and a one-out error put runners on first and third, but a lineout double play to short ended the inning.

Both teams registered six hits. BeVard was 2-for-5 with the winning homer. Joe Tardif (Cutchogue/Mattituck) reached base twice via walk. Hylas was 2-for-4 with a double and Myles Kutscher finished 1-for-3 with a walk for the Lakers. 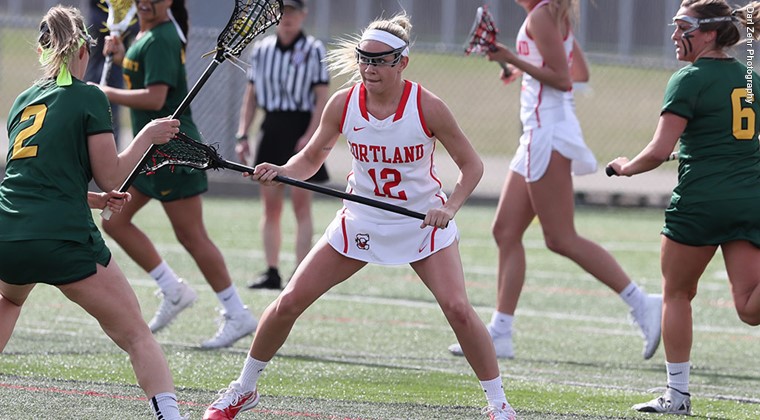