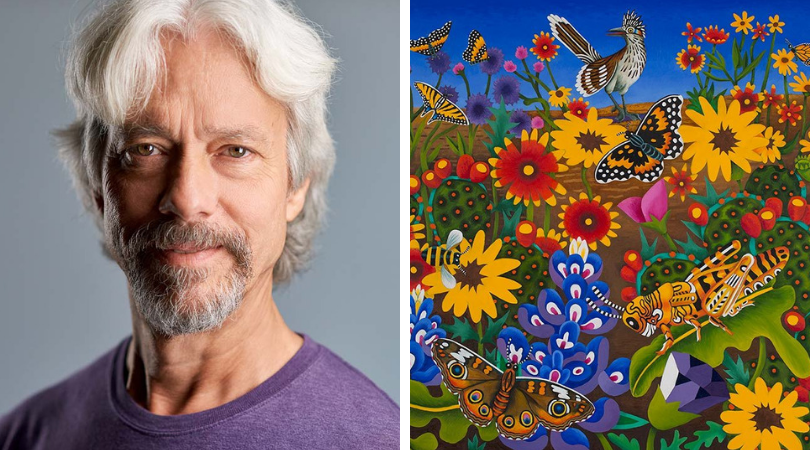 Editor's Note: This is a press release from SUNY Cortland.

Nature and art collided early in the life of Billy Hassell, who was recently referred to as “Mother Nature’s Stylist” in a The New York Times article.

His world teemed with plants, animals and birds as he explored the creek, lake and woods near his boyhood home in Dallas, Texas.

“I was drawing from my earliest memories and then I was outdoors collecting things,” Hassell said recently. “They merged at some point and I began to draw the things I collected.”

A caring biology teacher was the final ingredient to produce the nationally-known painter and printmaker Hassell is today: one with a distinct conservationist’s bent.

Hassell’s vivid paintings, characterized by their exuberant colors with an overarching theme inspired by the natural world, will be on full display during a solo print and painting exhibition, “Vestiges,” at SUNY Cortland’s Dowd Gallery starting Wednesday, Oct. 17.

An opening reception will be held from 4 to 6 p.m. on Thursday, Oct. 18, at the gallery on the corner of Prospect Terrace and Graham Ave.

The exhibition in the Dowd Fine Arts Center runs through Friday, Dec. 7. While on campus as an artist in residence, Hassell will be giving exhibition tours to students, visiting studio classes and working on a new multi-color lithograph with Charles Heasley, a professor in SUNY Cortland’s Art and Art History Department. The exhibition will be accompanied by an interdisciplinary supporting program that features an artist’s chat, nature documentary screening, and lectures on biology and birds, art and ecology, and on the naturalist as artist.

“It’s been said that in this time of existential crisis, genuine artists reveal mystic truths in ways that impact our daily passage with one another,” Hassell said. “I see my role as an artist to somehow participate in this exchange.”

All Dowd Gallery events are free and open to the public. Gallery hours are 10 a.m. to 4 p.m. Monday through Friday and by appointment. For more information, or to arrange group tours, contact gallery Interim Director Jaroslava Prihodova at 607-753-4216.

In other “Vestiges” events:

Hassell has been showing his artwork since the 1980s in galleries across the country, most recently in solo shows at the McKinney Avenue Contemporary in Dallas, the Museum of South Texas in Corpus Christi, William Campbell Contemporary Art in Fort Worth, and the Longview Museum of Art in Longview, Texas.

His paintings and graphic works — etchings and color lithographs — are featured in the permanent collections of museums throughout Texas and several out-of-state museums. Hassell’s pieces hang in a U.S. embassy, the University of Texas, the offices of HBO, and the George W. Bush Presidential Center. National art magazines have featured articles on his work and his pieces are coveted by conservation organizations to raise public awareness and funds for environmental causes.

“As a student, I was influenced by the first-generation abstract expressionist, Willem deKooning, his contemporary, Arshille Gorky and some slightly later day painters like Philip Guston and more contemporary painters, like the northwest painter, Gaylen Hansen and the Wisconsin painter, Tom Uttech,” said Hassell, who holds a B.F.A. from University of Notre Dame and an M.F.A. from the University of Massachusetts at Amherst.

“Time spent in Canada after graduate school introduced me to the Canadian Group of Seven, a northern counterpart to the early Texas painters who were working contemporaneously with the regionalists of the Midwest. Thomas Hart Benton and Grant Wood are notable examples of that movement,” he said.

“I develop ideas from the watercolors and drawings, rather than from photographs, into the paintings I produce in my studio and the color lithographs I produce in collaboration with a master printmaker,” Hassell said.

Details of the subject matter for his paintings are reduced into a condensed visual language that employs larger color fields with sharply defined borders.

“This methodology allows a compression of reality into a stylized symbolism that represents symbiotic relationships in animal and plant life,” Hassell said.

Hassell’s artistic practice reflects his efforts and the reverence towards nature and its role in a contemporary culture.

“My work is a metaphorical response to nature and seeks a balance between realism and abstraction,” said Hassell, who sells his distinctive pieces at galleries in Dallas, Fort Worth and Houston, Texas; Kansas City, Mo.; and Denver, Colo.

Hassell’s striking paintings serve as visual narratives that heighten the beauty of nature but also contain an underlining message of urgency by depicting extinct birds and by that extension, pointing towards human-made disruption in the course of natural order. In this intersection of art and sociopolitical commentary, Hassell finds an outlet for his message.

“My commitment to conservation and concern for the Earth and the ravages resulting from our pursuit of natural resources continues with increasing conviction,” Hassell said.

Since 1992, Hassell’s work has been increasingly involved with ecological issues and bird conservancy. He worked on projects with The Nature Conservancy of Texas, Audubon Texas and the Texas Parks and Wildlife Foundation. 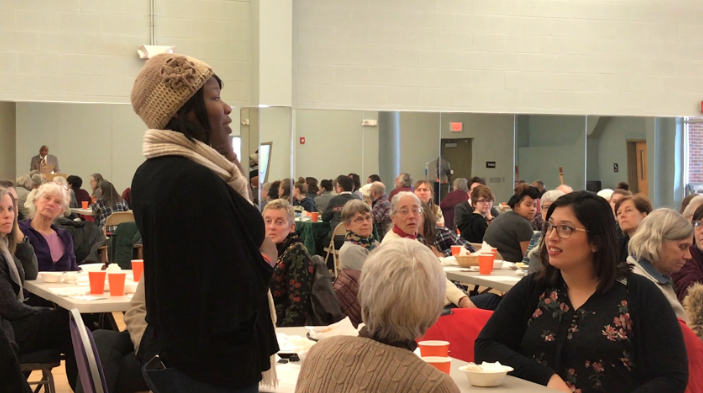 Cortland: A Community Against Domestic Violence

Cortland gets its first taste of snow; ...