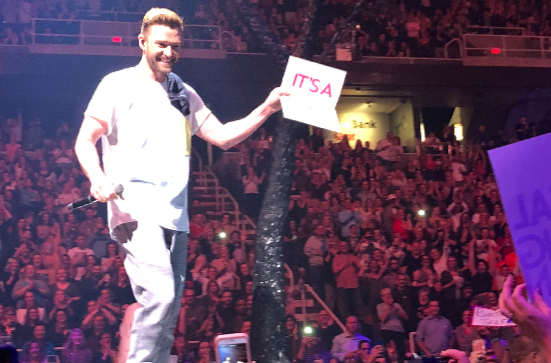 Justin Timberlake holds up a sign that reads "It's A Girl" during a performance at the Times Union Center in Albany, N.Y., Sat. Oct. 22, 2018. The sign was created by Maddie Putrino, a SUNY Cortland alum (Photo: Provided)

CORTLAND, N.Y. — Most expecting parents announce the gender of their baby to close friends and family. Perhaps they even post it on Facebook or Instagram. Maddie Putrino wanted to try something different.

On Thursday, Putrino, who graduated from SUNY Cortland in 2010 and works as a paralegal in the Binghamton area, learned that her next child would be a girl. She decided to keep the news quiet after she came up with an idea: Get Justin Timberlake to announce it for her.

A lifelong JT fan, Putrino knew she would be attending Timberlake's upcoming performance at the Times Union Center in Albany, N.Y. Putrino was able to attend the concert after winning a pair of tickets through VerizonUp, a rewards program offered by Verizon Wireless. Her tickets placed her near the front stage and VIP area.

Like many fans, she brought with her a sign that she hoped would get the singer's attention; however, hers was more of a request than a shoutout. 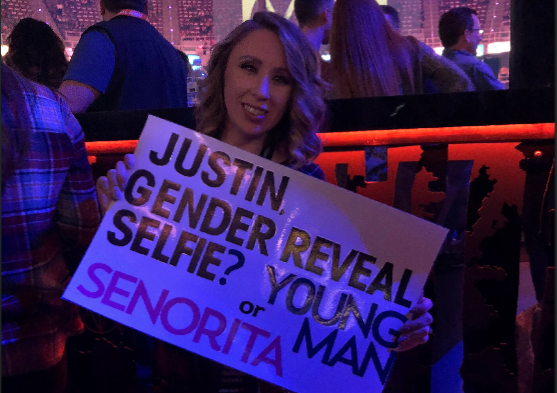 "I randomly got the thought to make a poster to see if Justin would help me out," Putrino said in an interview with the Cortland Voice Monday. "It was a long shot, but why not give it a try?"

The sign read: "Justin, Gender Reveal Selfie?" Her efforts paid off. She got Justin's attention.

"I just held up my sign when he walked by me on stage. He completely stopped the show after one of his songs because he saw my sign."

Putrino hands him a folded piece of paper addressed to "Justin." Timberlake requests a drumroll just before he reads the message: "It's A Girl." The cellphone camera pans to Putrino, who is visibly elated.

"My husband totally didn't think it would happen," she says. "Our Plan B was to just send our friends and family a picture of a pink or blue pumpkin." 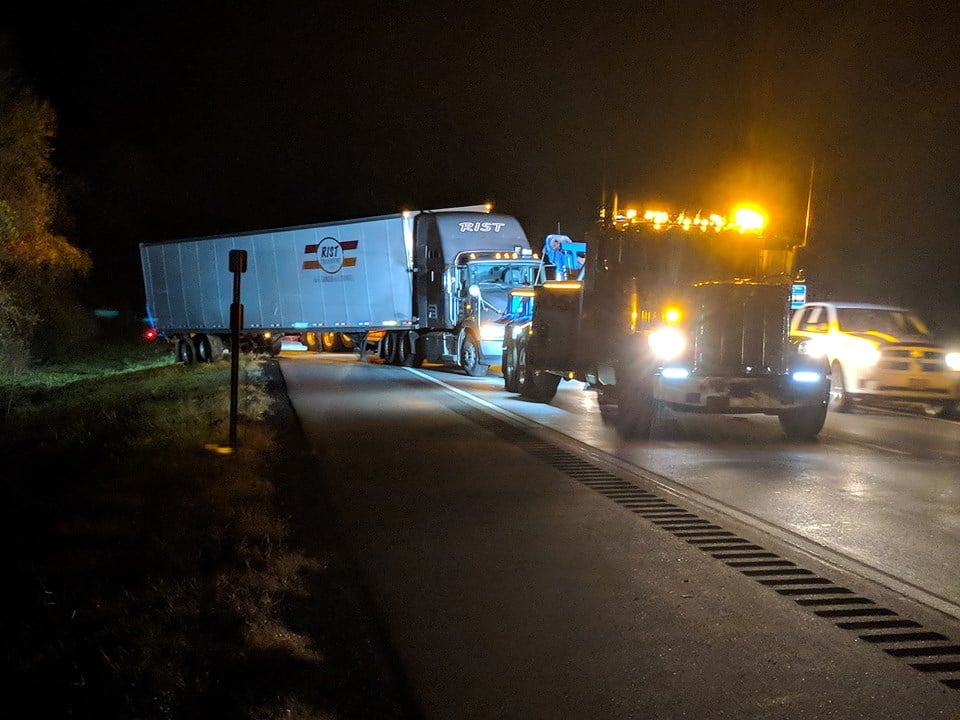 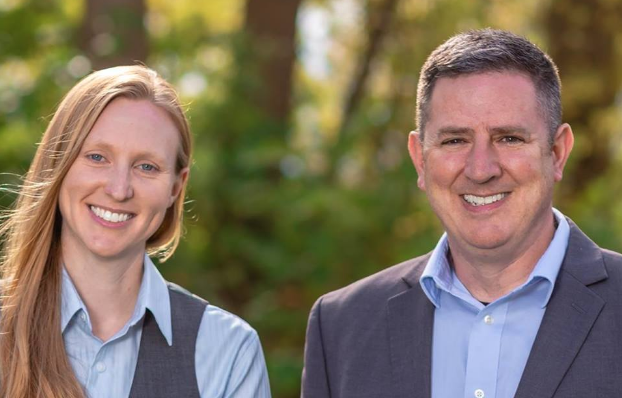