CORTLAND, N.Y. — Anthony Brindisi, who will be sworn in next month to represent New York's 22nd congressional district, is visiting different parts of the district this week to acknowledge those who voted for him and supported his campaign for U.S. Congress.

Brindisi [D-Utica] and his campaign manager arrived at Community Restaurant in downtown Cortland Monday night to a crowd of around 100 people.

While Brindisi declared victory on election night, it took three weeks for incumbent Republican Claudia Tenney to concede in a race that was ultimately won by roughly 5,000 votes.

"It was a very exciting, hard-fought campaign," Brindisi said. "We all knew going into this that this was going to be a very tight race. All of the polling, including our own internal polls, showed it was going to be a 50/50 race, but I knew we were going to win because of the volunteers we had on our side. That's what really got us over the edge."

The congressman-elect said he plans to hold monthly town hall meetings at different locations throughout the district, including Cortland County.

"I'm not going to be a stranger to Cortland County," he said. "We will be here often."

Brindisi left the restaurant shortly after 6 p.m. to ensure a timely arrival for his next engagement—a Thank You party in Binghamton. 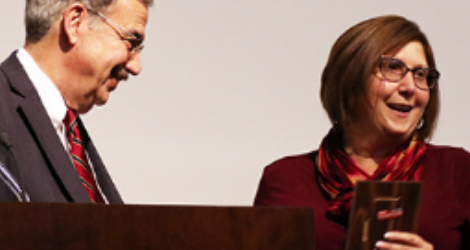