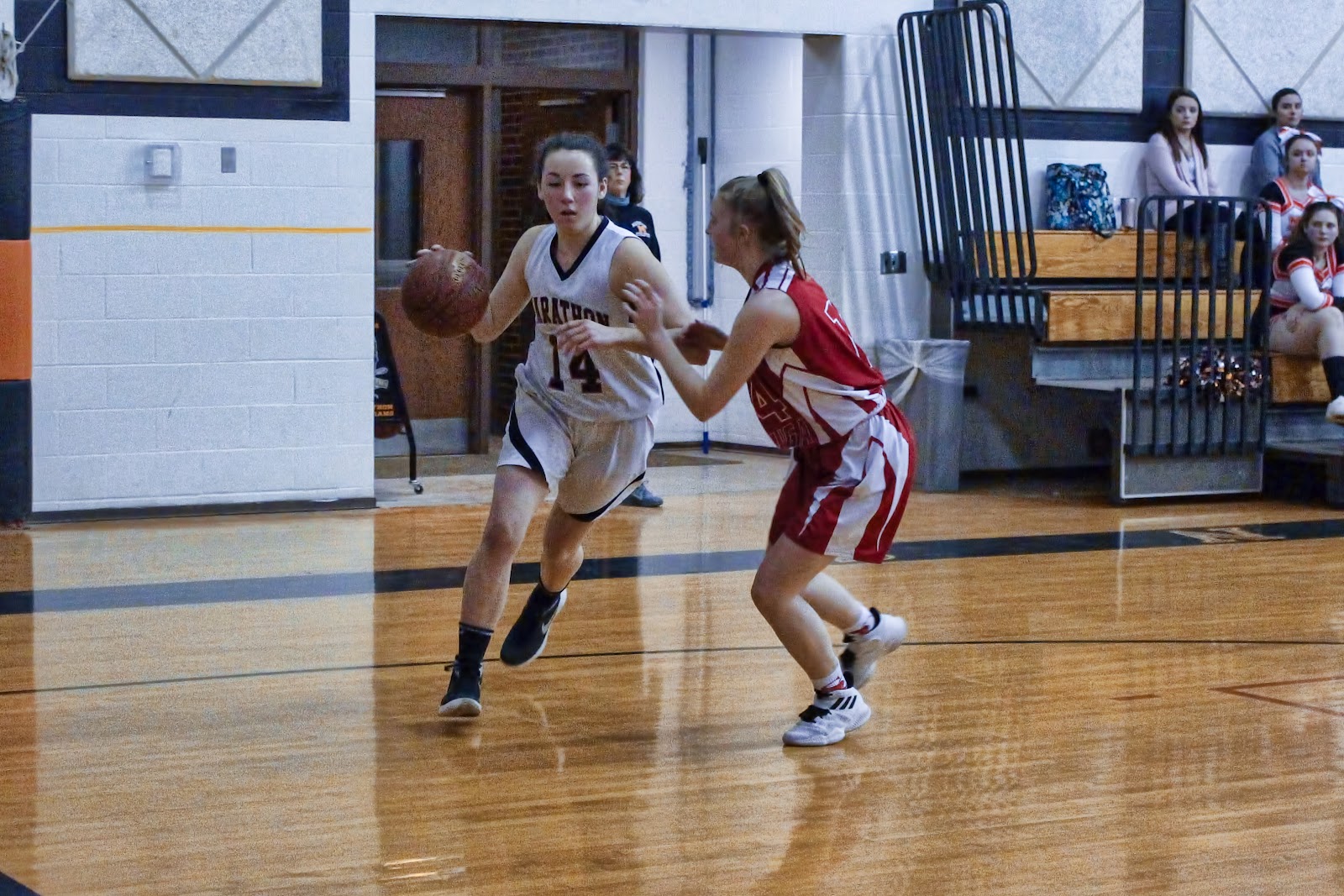 MARATHON, N.Y. — The Marathon Olympians came up short against the Southern Cayuga Lady Chiefs with a final score of 46-37 in their last game of the regular season.

Marathon freshman 1st team all star Brooke Tillotson—alongside senior 2nd team all star Daisy Allen—led the Olympians scoring eight points each. Sophomore Madison Clark followed them by scoring a total of seven points. Three of them coming from the line.

“It was a tough loss,” Allen said. “I feel like we played a great game against a great team. It was a good effort.”

The Olympians came close to forming a comeback after halftime, making huge defensive stops while Tillotson recorded up to four steals in the third quarter alone. They brought the score to within a point during the fourth quarter before succumbing to the Lady Chiefs’ offense.

Lady Chiefs senior and league MVP Catie Koop dominated the game, scoring a total of 25 points. Nine of them came from behind the arc and four of them from her four trips to the line.

“This was a great test for us before sectionals,” Marathon head coach Andrew Pierce said. “We had 30 turnovers in the first game against them and it wasn’t much of a close game. I did talk to their coach after the game and he said that we have improved. The big thing we have to work on is our press break, and it’s just about staying calm, telling the girls to relax and not get ahead of themselves. I’m happy with the performance they put up tonight. They kept up their energy against a team that is always really good.”