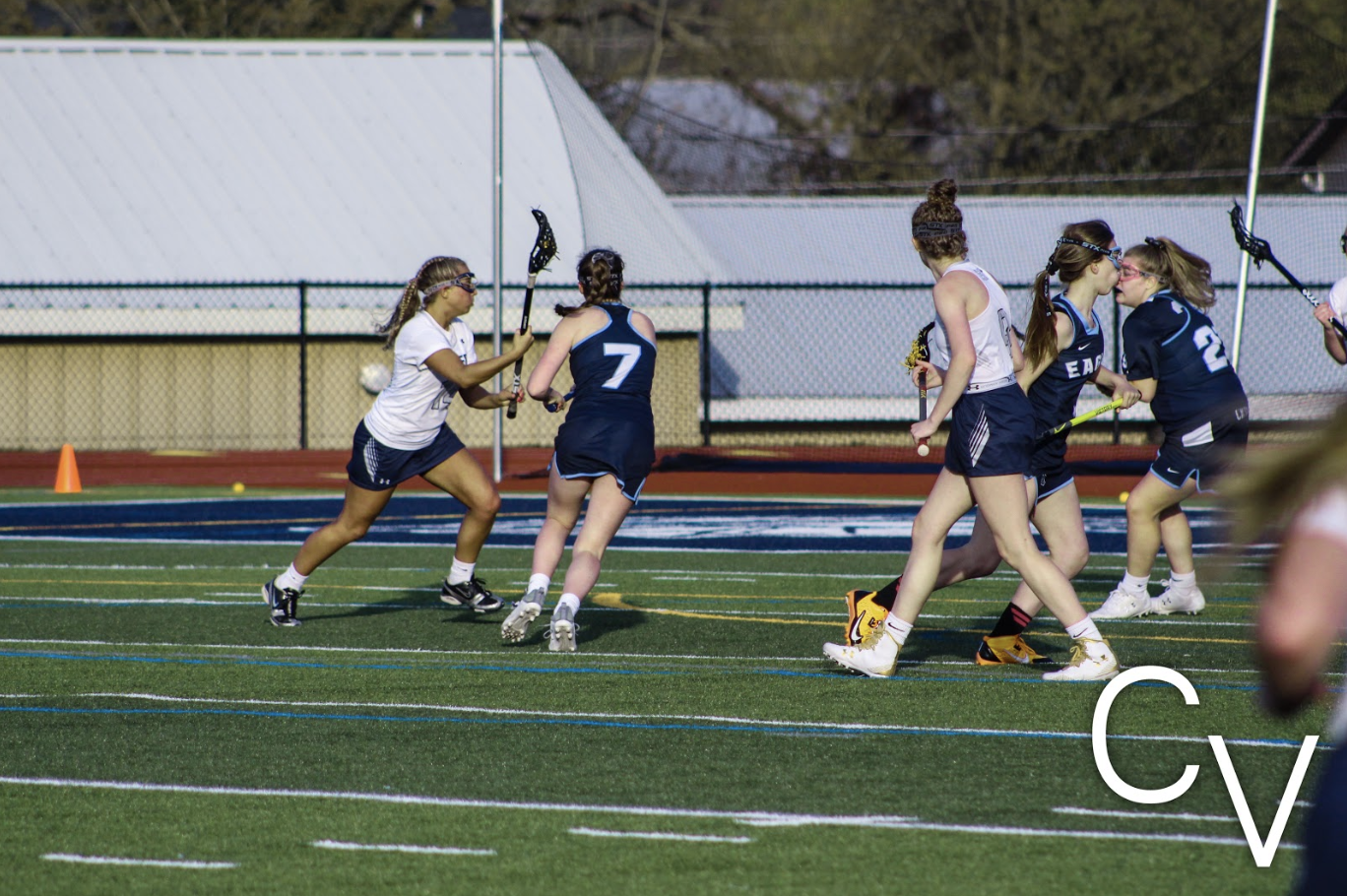 The Homer Trojans celebrated their senior night by taking down the Jordan-Elbridge Eagles 18-8 Thursday night at Butts Field.

“Tonight was about our seniors and making sure that we did what we needed to do,” said Homer coach Morgan Seibel. “What we always like to say is that we need to take care of all aspects of the game—from the draw to defense to attack. We came out and did exactly that while playing together as a team.”

“They are experienced and their leadership is something that the rest of our team feeds off of,” added Homer coach Martha Nye. “We love how each and every year we have girls who are willing to step into that role and be a positive impact on our team.”

Homer started things off on the right foot, with Annika Roos winning the starting draw and assisting fellow sophomore midfielder Katlyn Sovocool to make it 1-0 on the first thirty seconds of the game.

Jordan-Elbridge then answered right back by scoring two straight goals as junior midfielder Chelsea Curtis scored off an assist from freshman attacker Gabriella Smart. Smart came in and scored off a free position shot with 19:23 left in the first half.

However, the Eagles lead didn't last long. Twenty seconds later, Homer senior attacker Karly Roos scored her first goal of the game, cutting into the Eagles’ lead while getting an assist from Annika Roos.

Karly Roos ended the game with a total of two goals and two assists.

“I think we all passed the ball around pretty well and worked together as a team,” said Karly Roos. “Nobody forced any passes. This experience has been really good. We have been like a family here at the lacrosse team for years.”

Homer then went on to dominate and score four goals in a row making it 6-2 with 9:06 left in the first. One of those goals came from senior midfielder Mackayla MacDowall off a free position shot.

The Trojans kept on dominating the rest of the first half, ending with a score of 9-2. Every time the Eagles tried to mount a comeback, the Trojans would quickly shut them down. 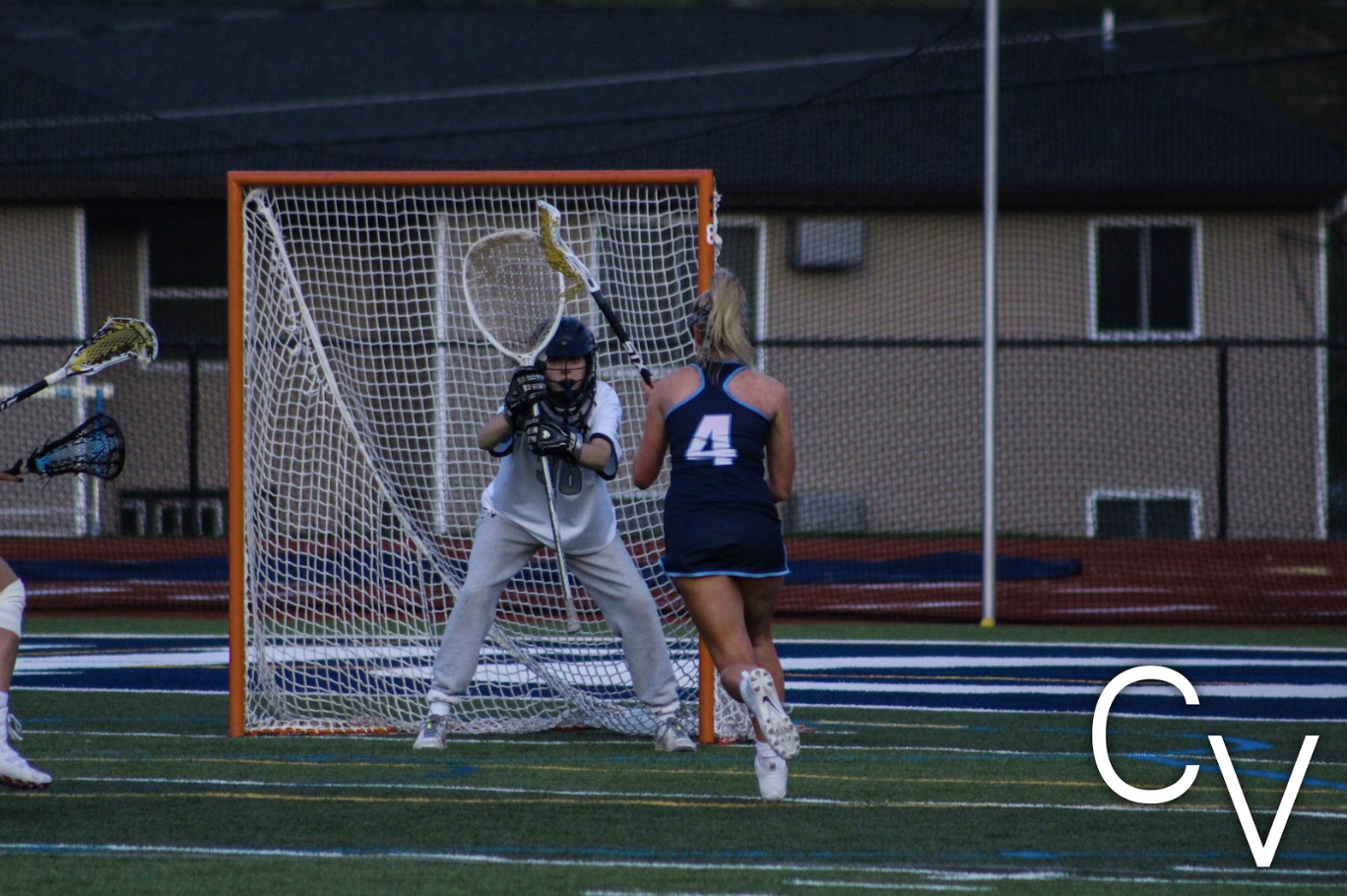 Homer senior goalie Samantha Button also came in clutch at several points during the game, coming up with big saves on two wide open free position shots from the Eagles, one of them with only seven seconds left in the first half.

“Communication is very important,” said Button. “I guess just thinking before you do something and not doing anything irrational. Then whenever I miss a shot I could’ve saved, I usually talk to my teammates and they talk me through it. They tell me what I missed about the shot or talk to my coaches as well, asking them for advice.”

Homer has now improved their overall record to 5-6.

“Our seniors did an awesome job,” said Coach Nye. “We had them in for the majority of the game, for at least the whole first half. They are a crucial part of the team. We started something last year with senior leaders and our girls look up to our seniors.” 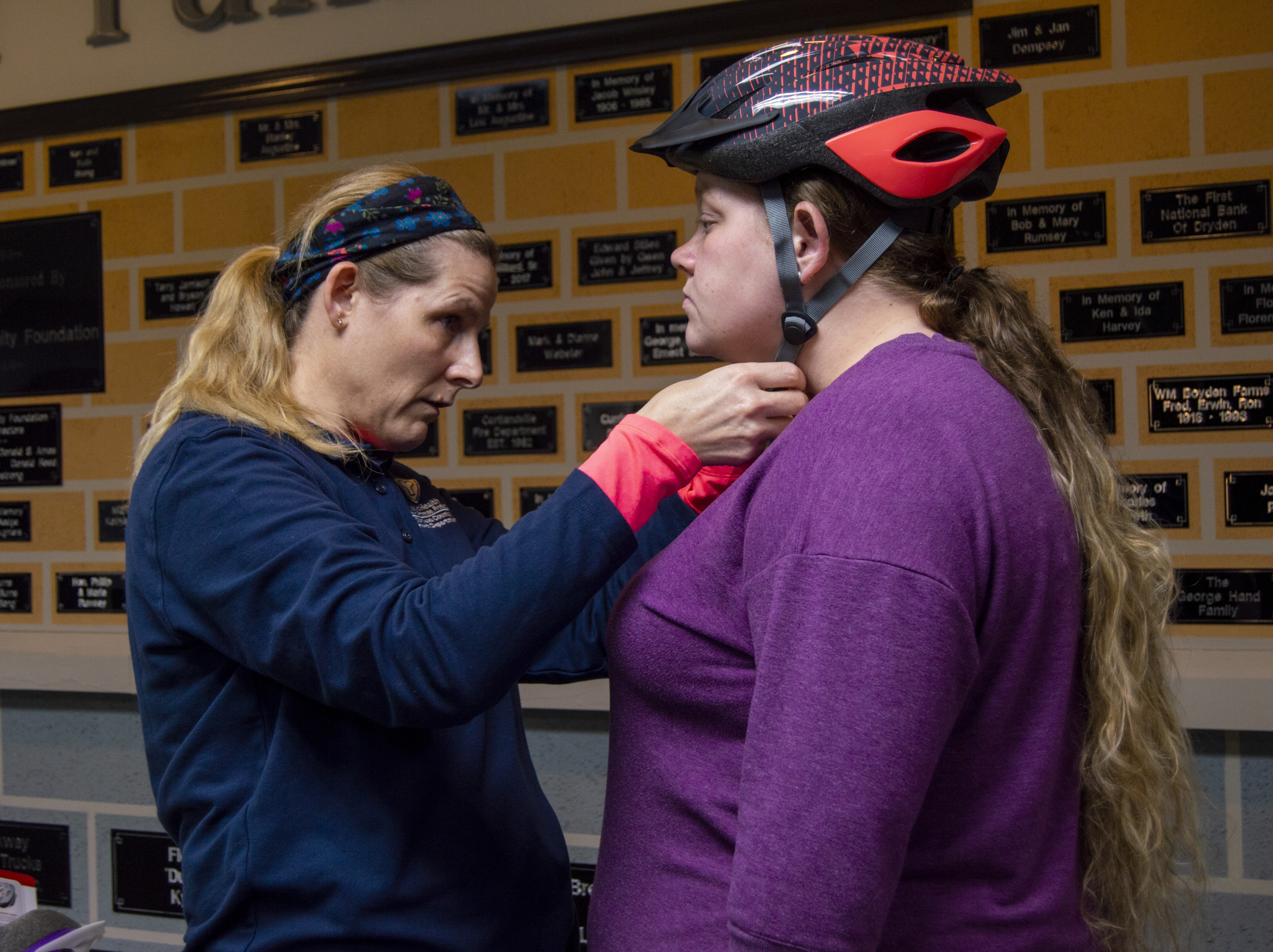