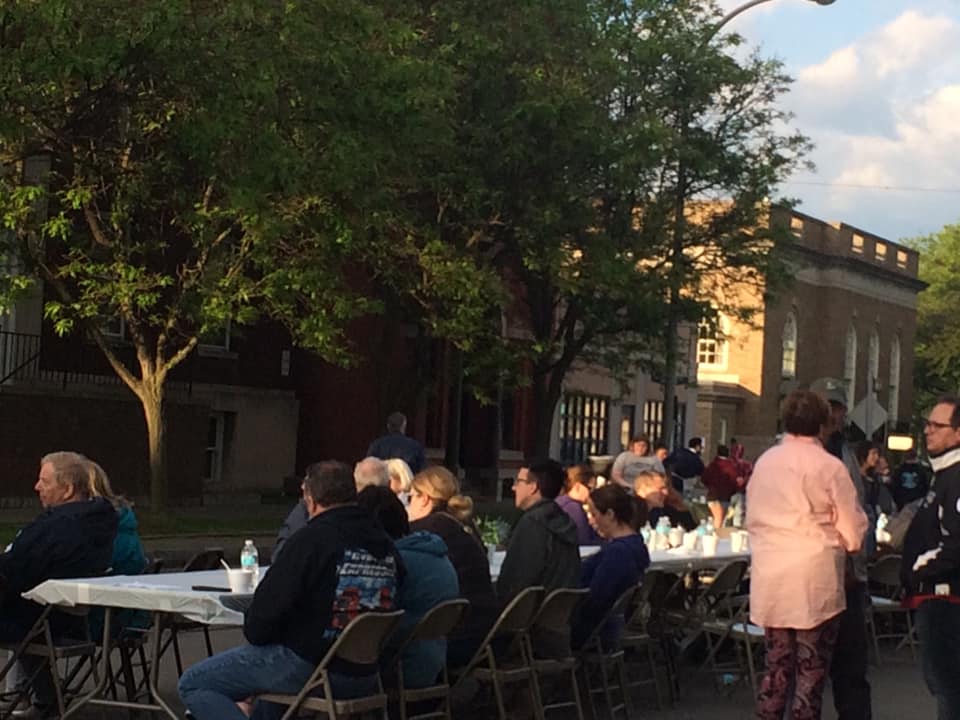 Food was served to the community Sunday afternoon as part of the Stone Soup Community Picnic organized by the Cortland Police Department (Photo Credit: The Deli Downtown)

As bands played at the city’s brewery and children painted pictures, adults gathered to share soups and stories Sunday night during a break in the rain at a long, long table stretching the length of Court Street.

Mayor Brian Tobin said the picnic was a great chance for neighbors to share soup and see not just the people serving the city in uniform, but the people and their families behind the uniforms.

“This is fantastic,” Tobin said. “Hats off to everyone who volunteered their time and effort.”

While there are many great events in the city, Stone Soup stands out, said Kris Behnke, of Greenbush Street, who came with her husband, her four-year-old daughter, Rosie, and 11-month-old son, Teddy.

“I am so excited to be here,” Behnke said. “This one, the entire focus is on getting people together to talk and I think that’s really special.”

At the picnic, Rosie loved the city fire truck parked outside, Teddy loved taking his left sock off over and over and Behnke loved the feeling the communal meal evoked.

“There’s a warmth about everyone,” she said. “Everyone came here with an open heart and mind and I think that’s a really important thing for the community, for all of us.”

The fire truck and Officer McGruff were big hits for Daniella Jones, 5, of Groton Avenue.

“You’re the police!” shouted Daniella gleefully, pointing to Officer Pat O’Donnell. “I like the police officers. I want to say, ‘hello’!”

It was the tomato soup that stood out to 13-year-old Josiah Johnson, a red stain giving him away around his mouth. He was showing Officer Jesse Abbott, an organizer of the event and the officer in charge of the city’s department of Community Policing, his homemade police badge created out of a sticker, cardboard and pins. Johnson stuck the badge inside his blue wallet in case he should need to flash his credentials.

Johnson also enjoyed talking with his neighbors and that he could talk to city officials at the picnic.

“I guess just being able to interact with other people you otherwise might not get a chance to - public servants, police officers,” he said.

Josiah was also chatting with his pastor, Matthew Smith, of Faith Baptist in Cortlandville. Smith also doubles as the volunteer chaplin for the Cortland Police Department and the Cortland County Sheriff’s Office.

Despite being active in the community for many years, Smith said he met for the first time at the community picnic many lifelong city residents. 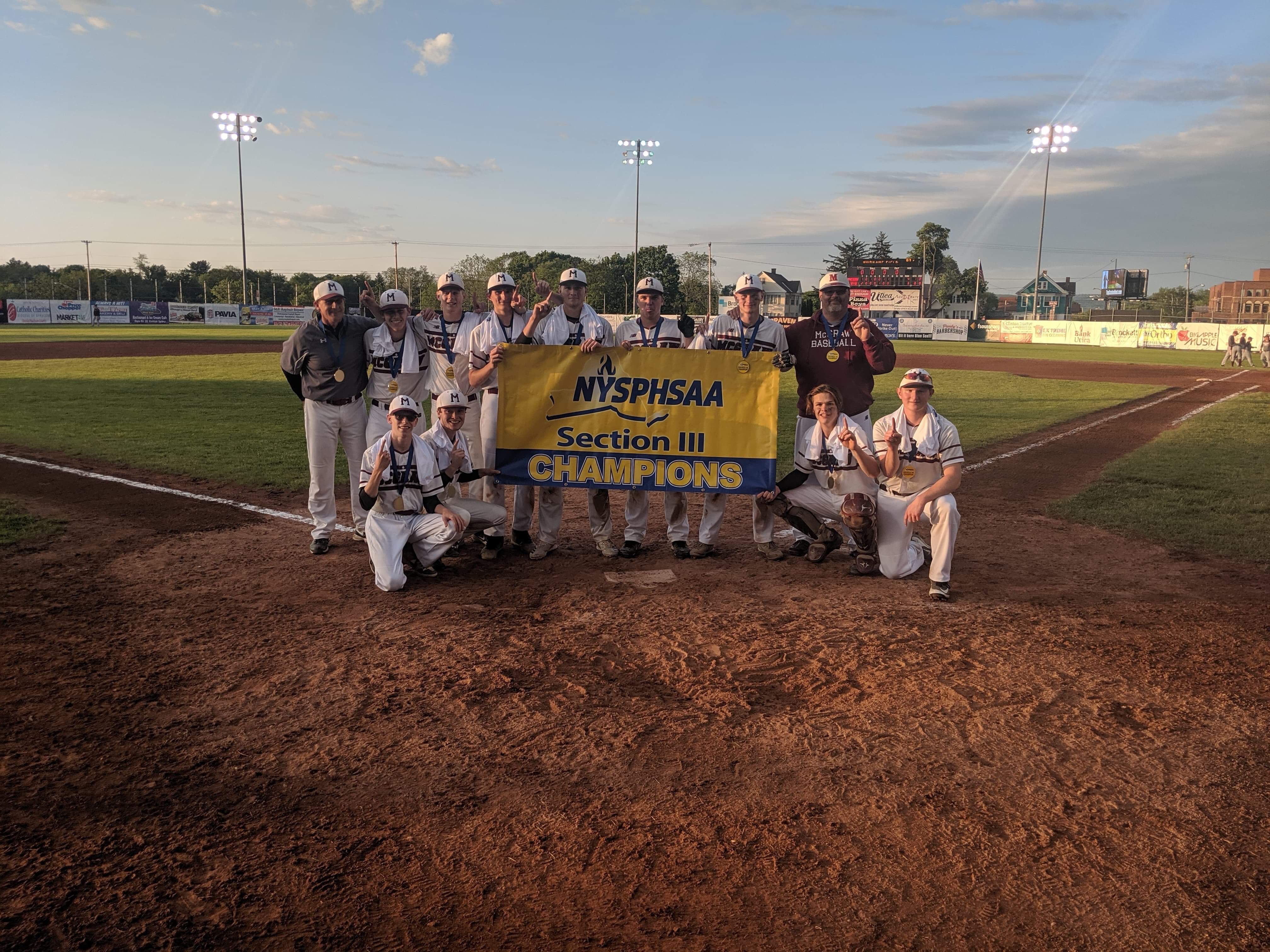