Home›Community›Cortaca Press Conference: Interviews with the team & video of the press conference

Cortaca Press Conference: Interviews with the team & video of the press conference 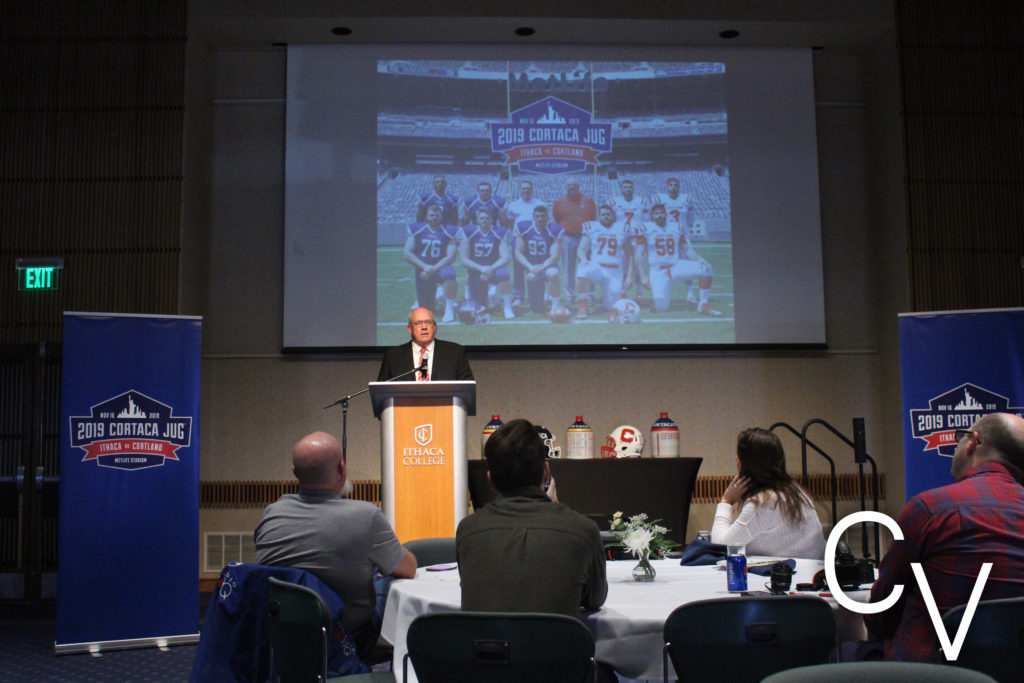 This morning, coaches and team captains from the SUNY Cortland and Ithaca College football teams came together for a press conference ahead of this weekend's legendary Cortaca Jug game at MetLife Stadium.

This year's press conference was held at Ithaca College.

While the Cortland Red Dragons will be heading into the final game of the regular season with a 7-1 record, the Ithaca Bombers will be coming in with a 6-2 record and a two-game losing streak.

"This game is something special without question," said Cortland head coach Dan MacNeill at today's press conference. "Two really well accomplished programs coming to battle! There are high expectations, post season expectations, legacy, and redundancy; with more than 150 years of celebrating football and the 61st Cortaca Jug. There is nothing little about this game."

The 2019 Cortaca game was announced to take place at MetLife Stadium at around this time last year, and Cortland players are definitely excited and focused on this weekend's game. 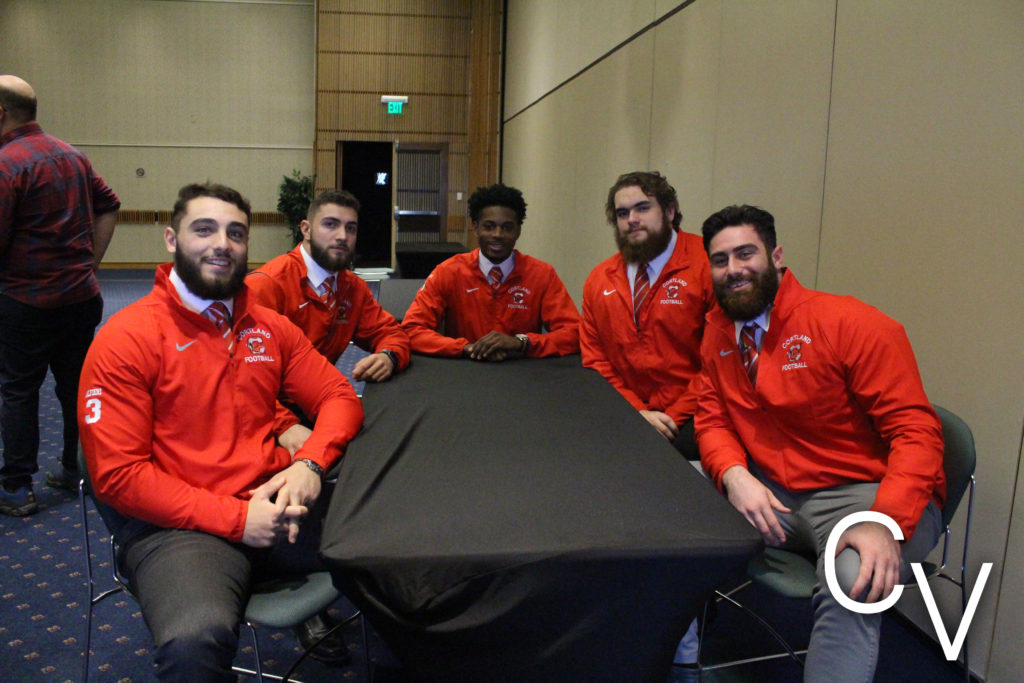 "When we first heard the news last year, it took us all by surprise and were super excited," said Cortland senior wide receiver and game captain Angelo Foster. "I think that excitement has been building up all year. Coach has been telling us to take it one day at a time, one practice at a time, and one game at a time. I think that we have done a great job at anticipating the hype, but still knowing what the job we have to do is, which is winning and going 1-0 each week. So that's what we are planning to do this weekend. We are very excited to play. We are going to put the ball down and go attack."

"We are really excited to go out there," added one of the Cortland senior team captains and running back, Zach Tripodi. "We have been talking about it for a while, but ever since the season started we have just been focusing on going 1-0. It's more about the alumni and students coming to this game more than it is on ourselves. It's about the history of the game and we are going to go out there and give it our best shot like we always do."

Here are some more photos of today's event (all photos provided by Ross Cohen): 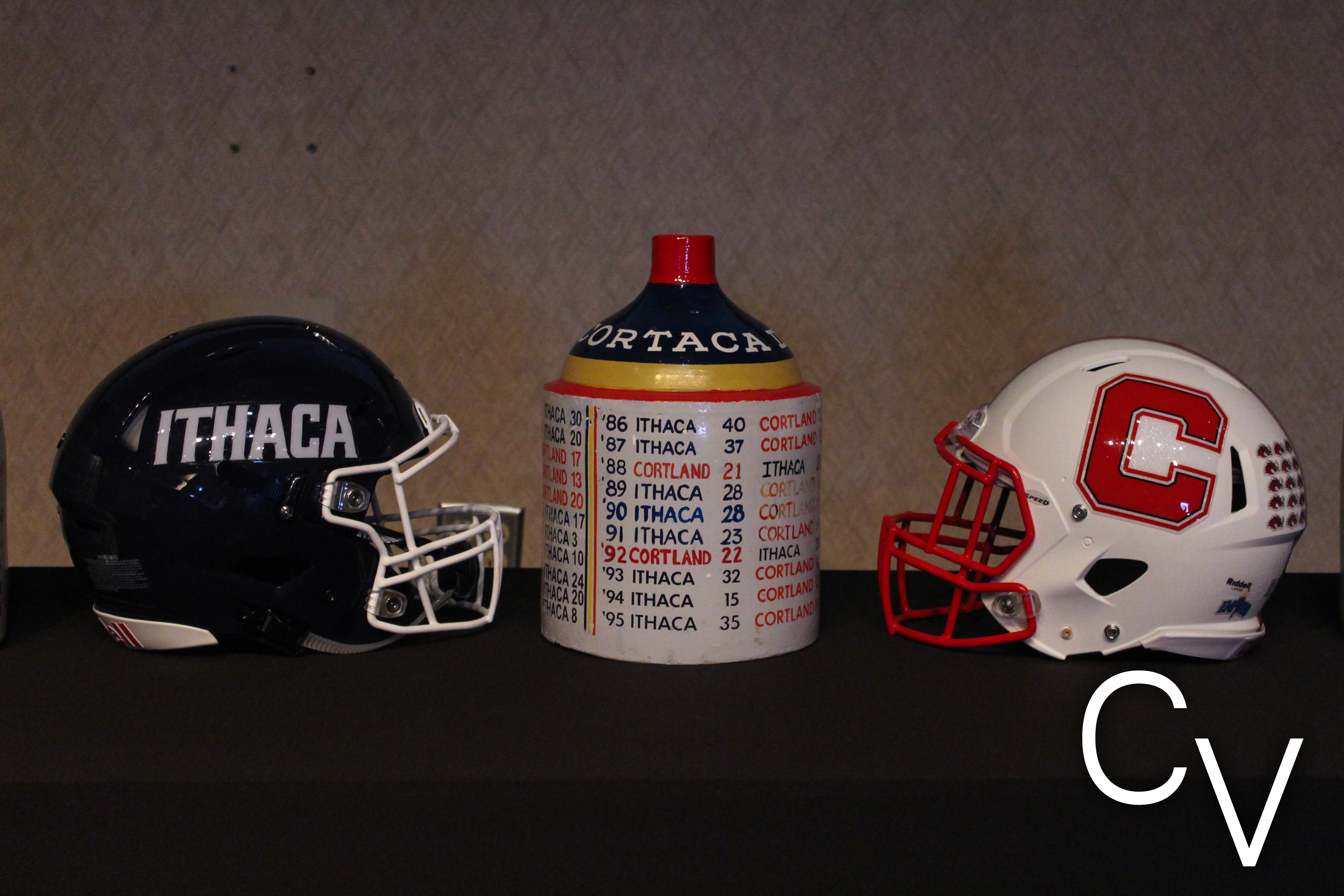 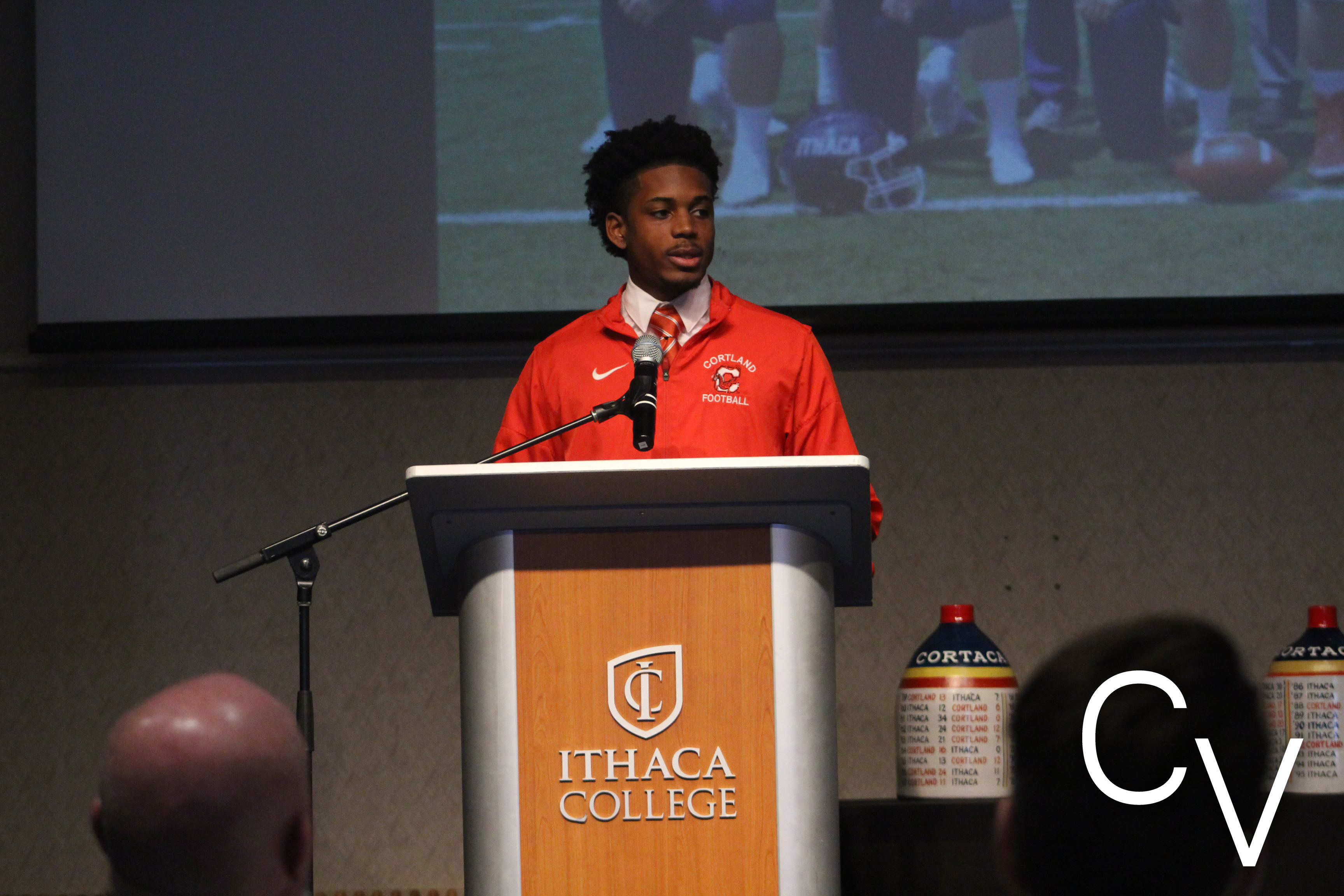 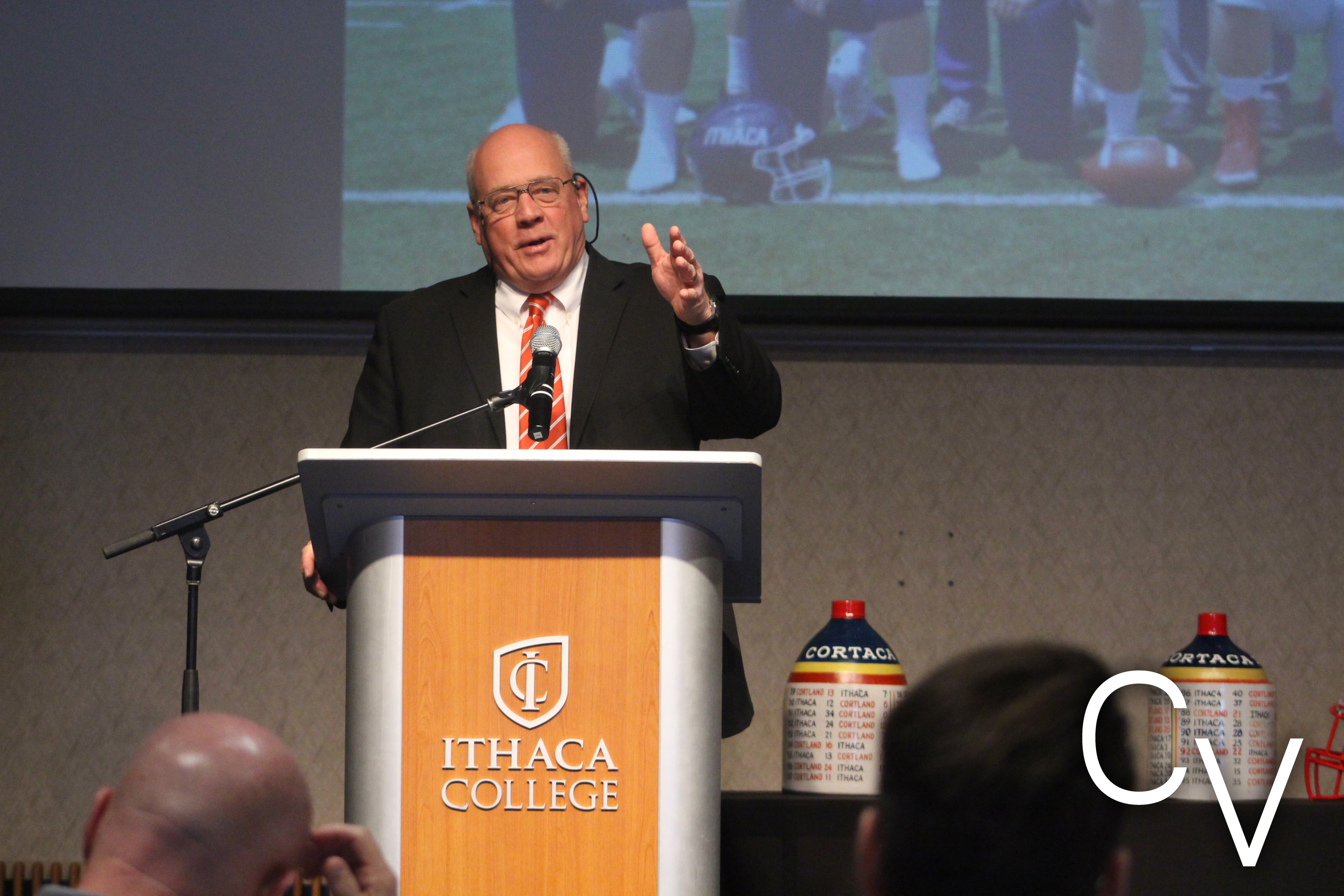 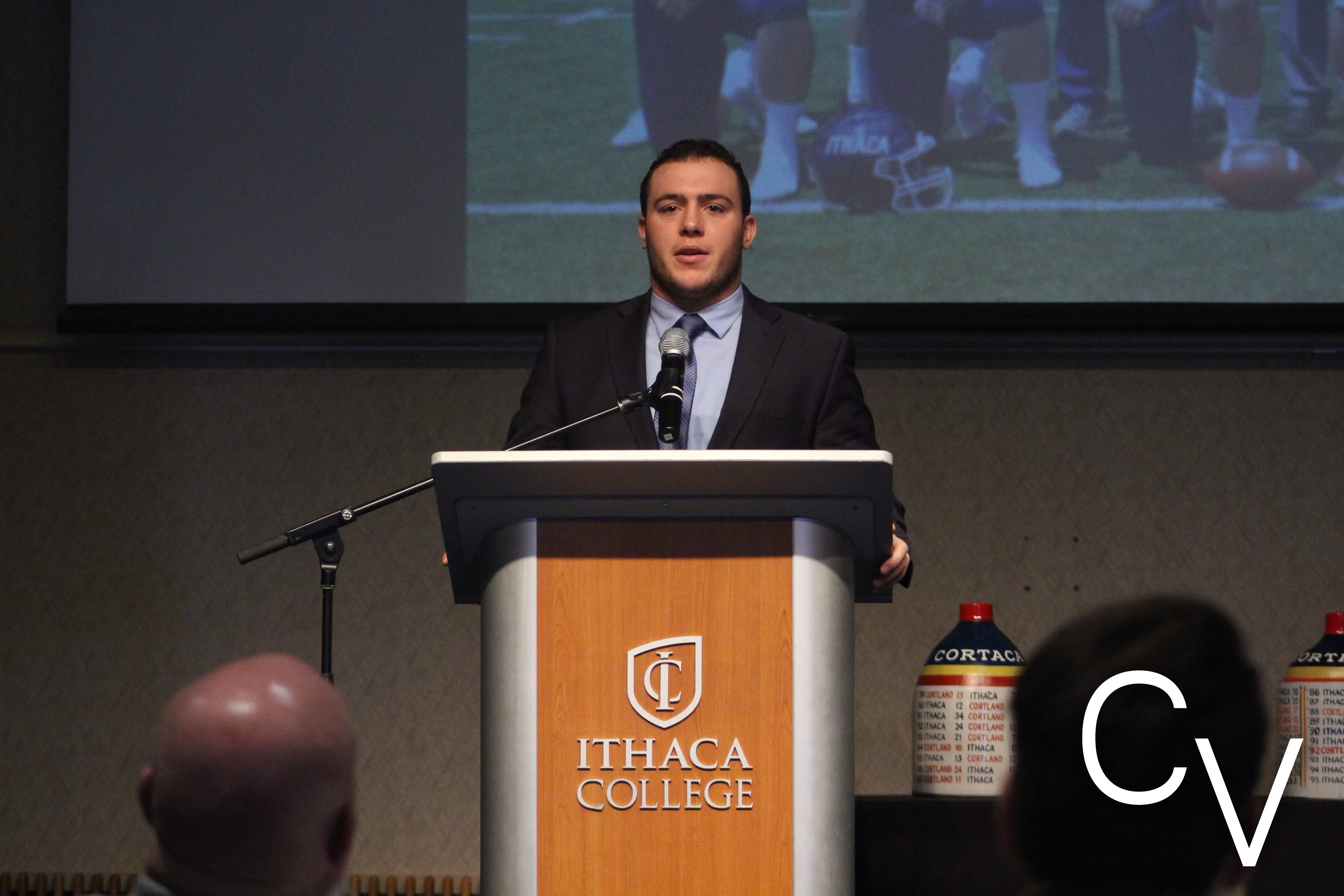 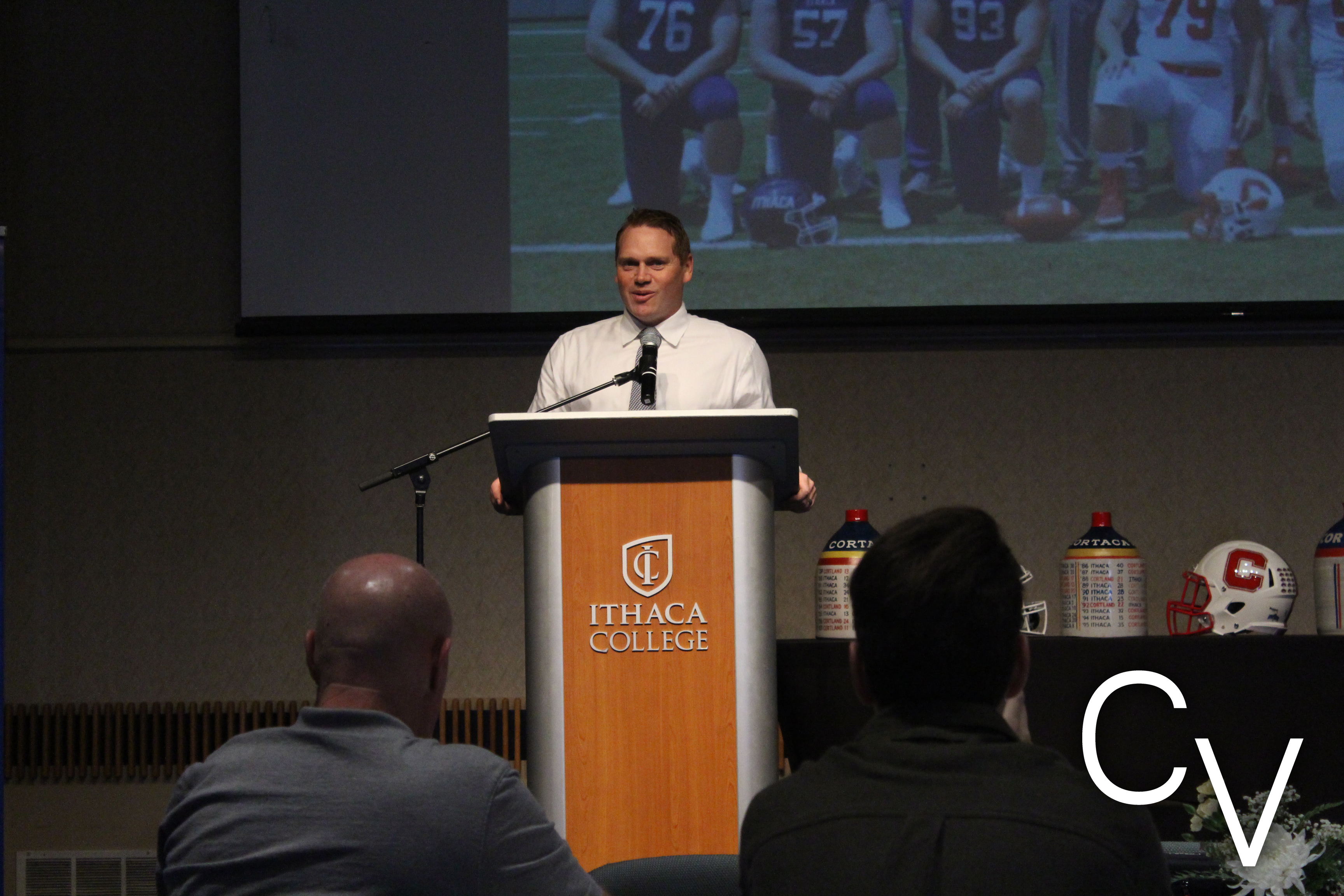 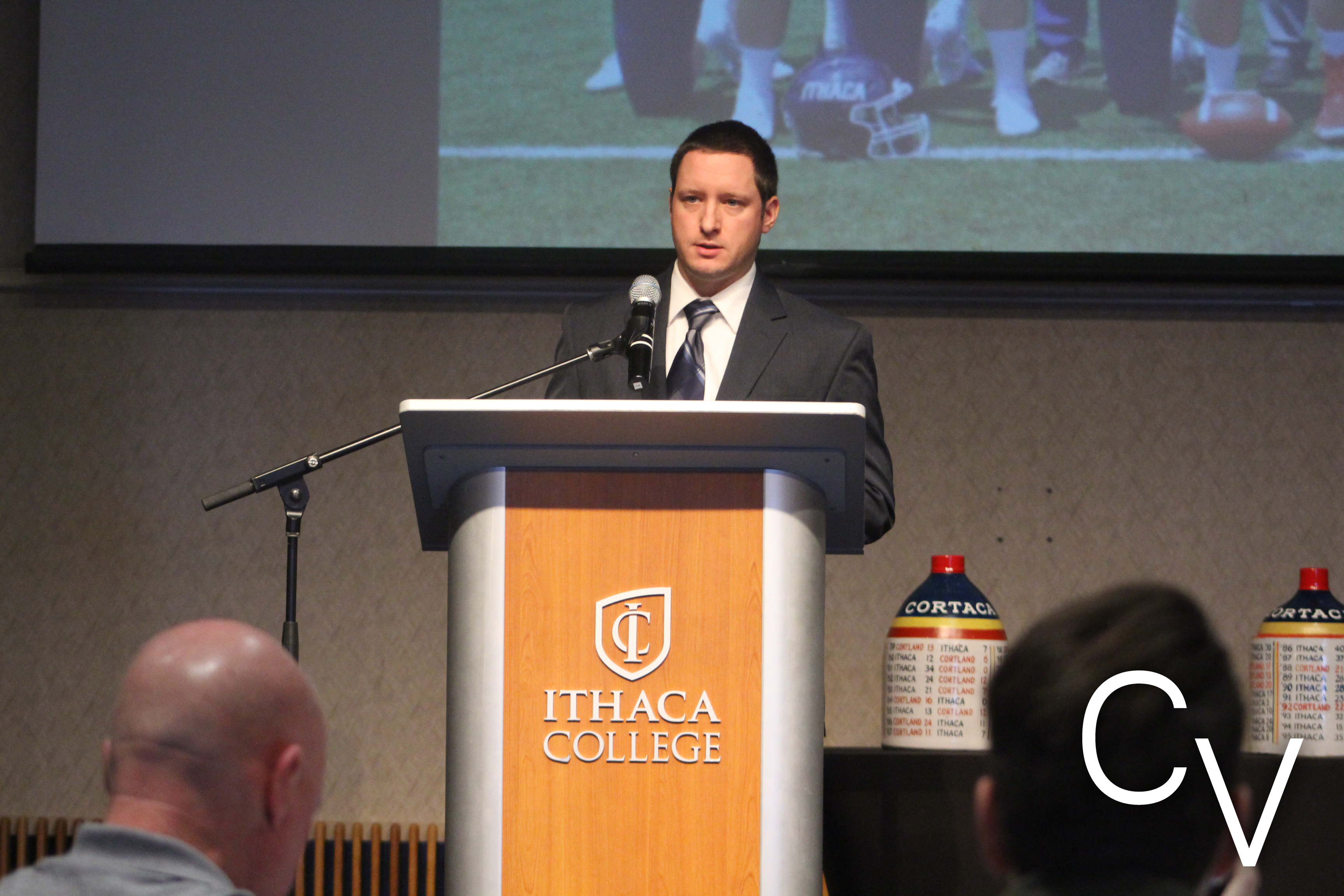 This year's Cortaca coverage is brought to you by Cayuga Medical Center. 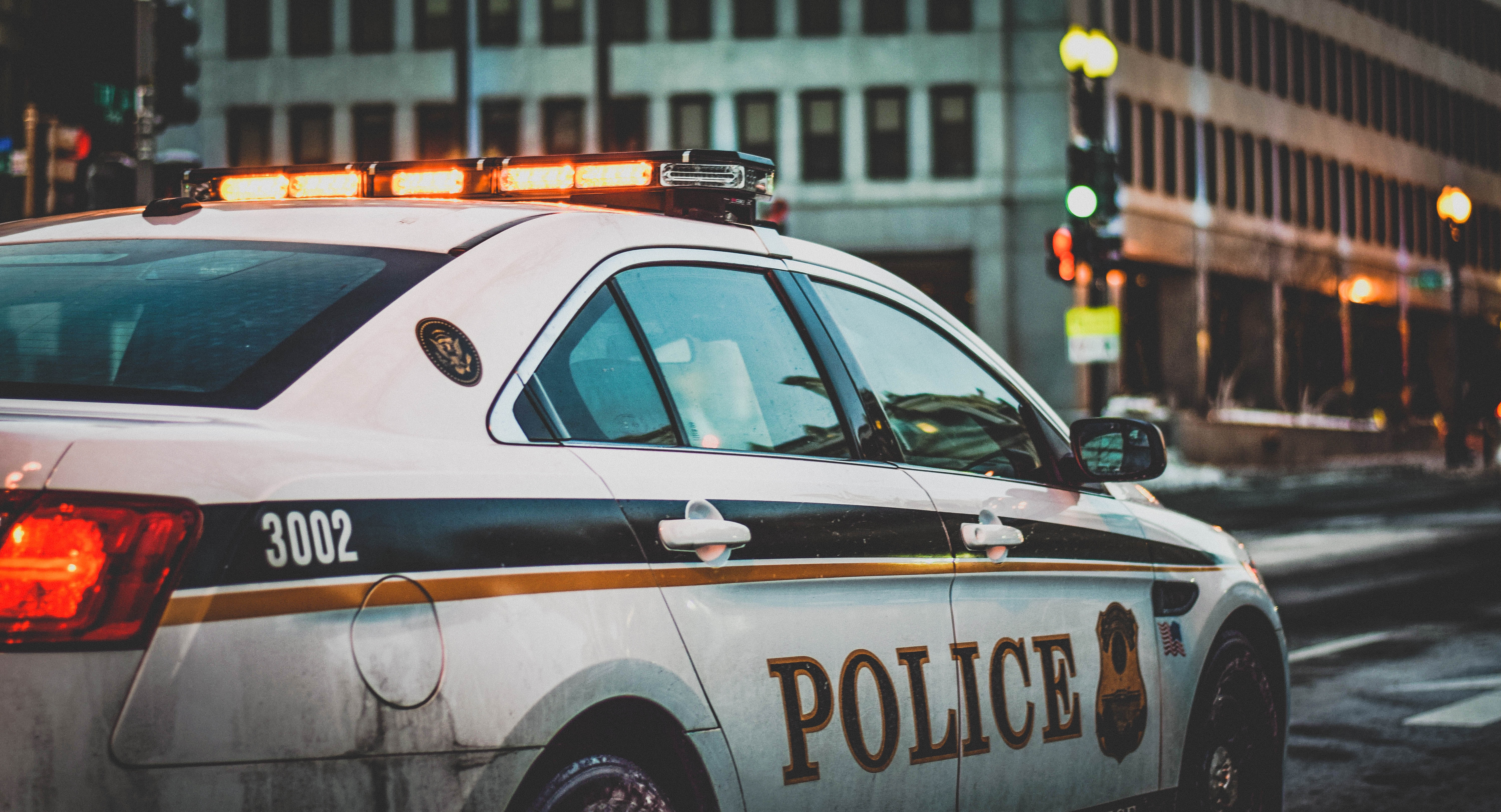