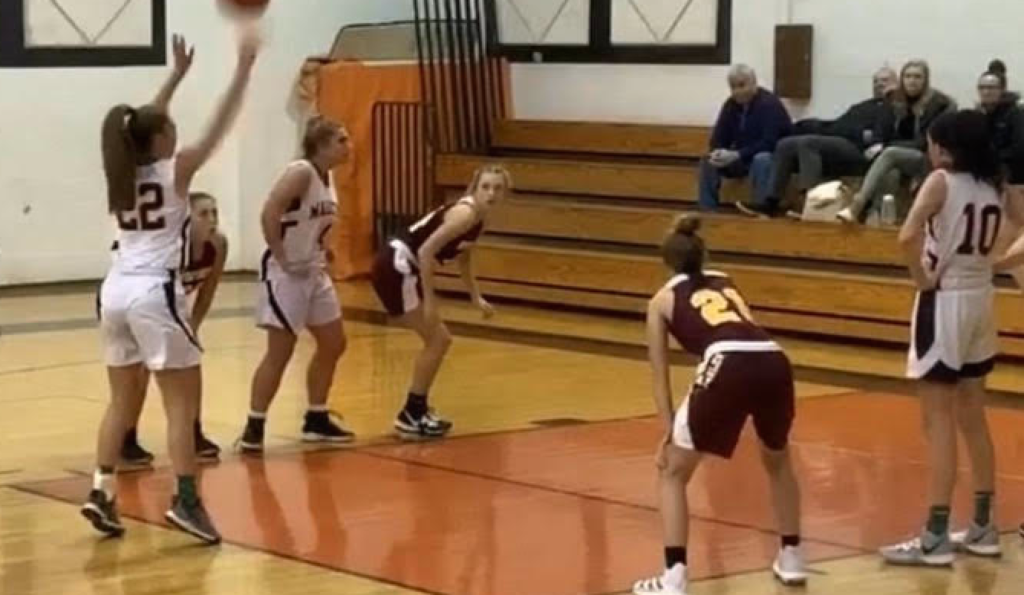 It was a well dominated game at home for the Marathon varsity girls basketball team on Friday, as they defeated the Whitney Point Eagles 65-37 to improve to a 3-3 record.

This was Marathon’s second home game of the season.

Marathon would come out aggressive right from the beginning with a 3/4 court press and great ball movement. This left the Eagles unbalanced and wide open for Marathon sophomore, Brooke Tillotson to lead the way for the Lady Olympians, as she scored nine-points in the opening quarter. A total of five different Marathon players scored in the first quarter, including a three pointer from senior Molly Merihew who ended the night with seven total points.

“I asked the girls to come out and play tough defense and be aggressive with our scoring opportunities and they answered with their play on the court,” said Marathon head coach Andrew Pierce.

The second quarter was the same with Marathon dominating the floor.

“Teamwork and sharing the ball was the flavor of the night,” said coach Pierce. “The girls really worked well that quarter. It’s fun to see them work as a unit and play for each other.”

Paige Euson came in the game along with Abby Layton in the second quarter and made an immediate impact, as both of them scored in the quarter. Kristi Walley continued to dominate by playing down low and scoring from inside the paint and going 2-3 from the line in the quarter..

Marathon would go into halftime with a commanding 20 point lead.

Marathon switched it up in the second half and came out with man to man defense.

Tillotson would then take over the game. Defensively, she would get several steals and score 18-points while going 10–10 from the free throw line.

“Brooke did a great job for us tonight. Creating havoc on defense, getting steals, and getting to the rim.”

The Marathon lead would balloon to 61-27 as the Olympians would put up 27 at the end of the third quarter.

Tillotson would also exit the game at the end of the third with a season high of 32-points.

For the remainder of the fourth quarter,  junior Madison Clark would take over on defense while altering several shots, as Marathon would focus on ball control and possession to secure the 65-37 victory. Clark would score six-points to end the night. 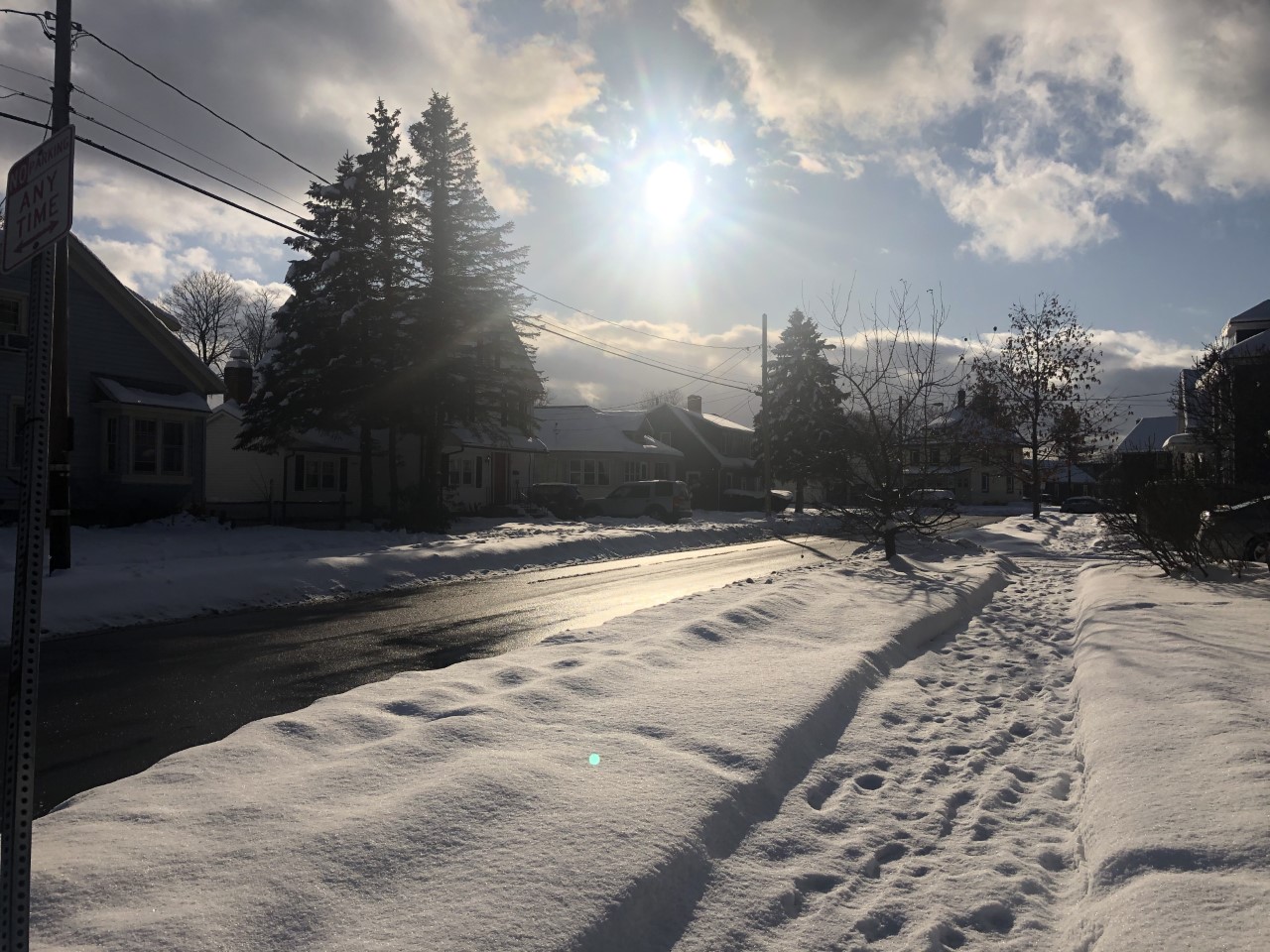 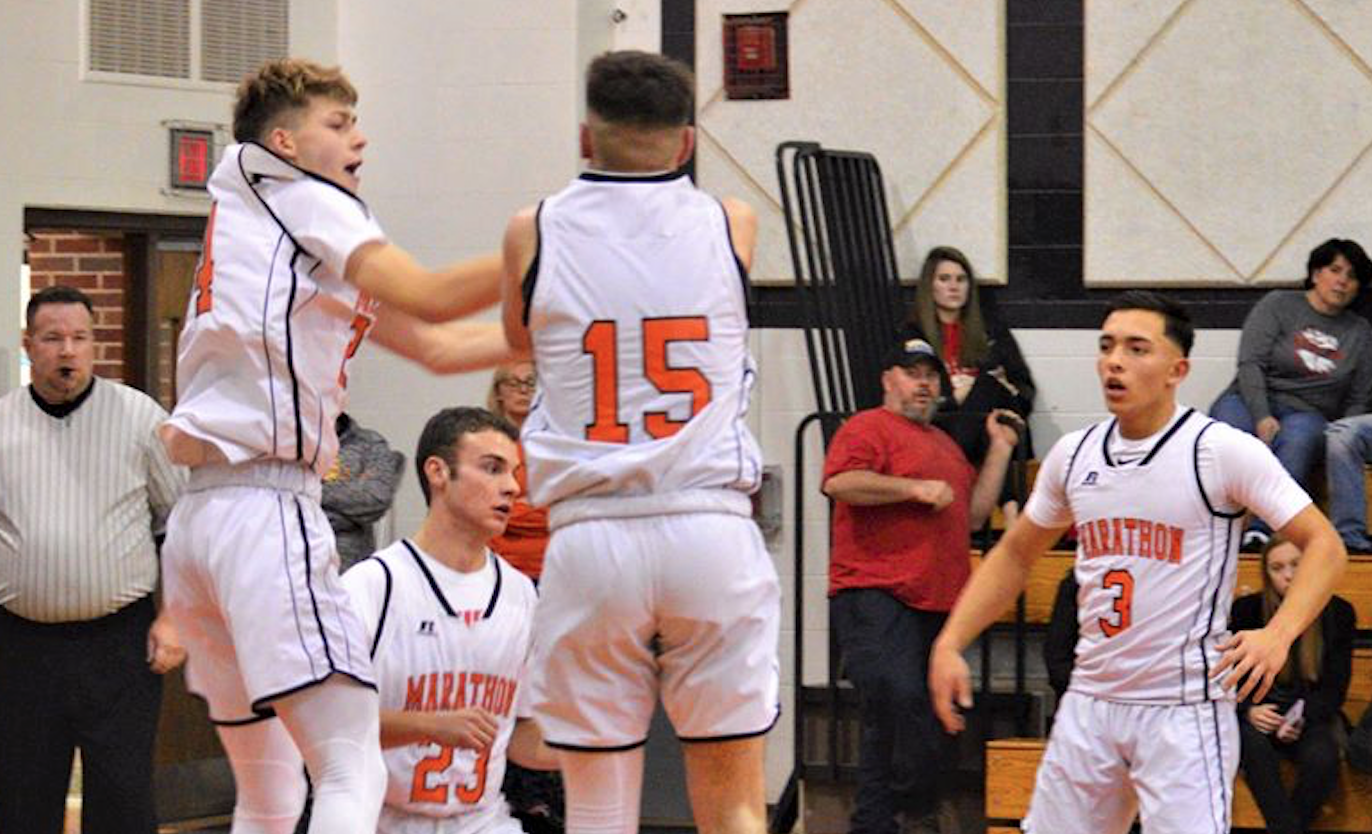