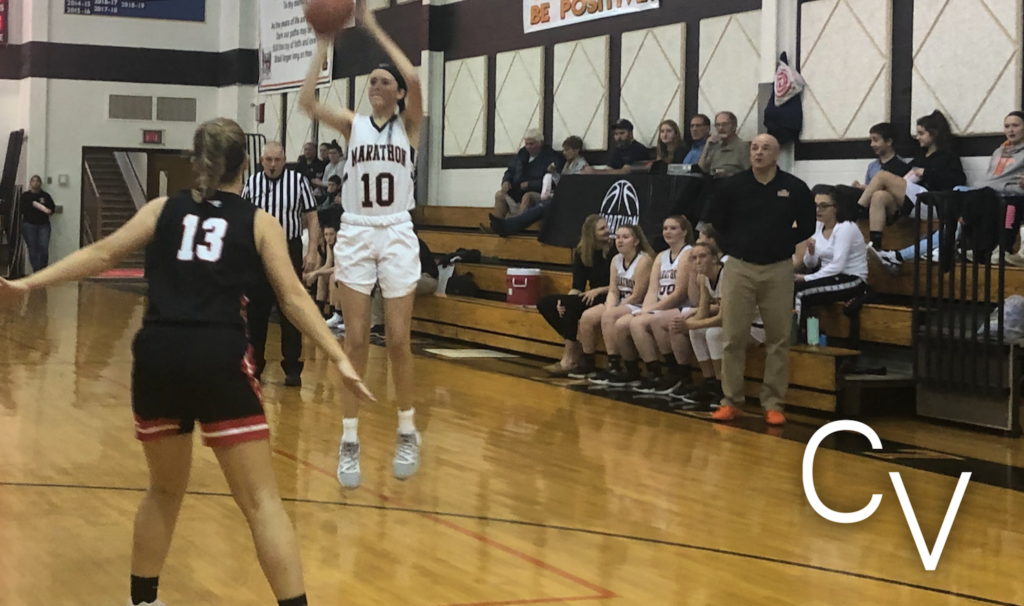 The Lady Olympians started out the game with eight unanswered points before Southern Cayuga would score.

Marathon captains Madison Clark and Brooke Tillotson led the first quarter charge, with Tillotson scoring five and Clark scoring four to give the Olympians a lead that they would hold all game.

“The girls found a way to get things done, and sometimes that all you can ask for,” stated Marathon Head Coach Andrew Pierce.

Marathon would extend their first half lead to 12 (24-12) with a 3/4 court press that would lead to transition points for the Marathon squad.

The game was never in doubt, as Marathon's 2-3 zone was effective in limiting Southern Cayuga's scoring opportunities. The Chiefs would only score 4 points in the final quarter.

Although Marathon shoots 61% from the foul line, they shot 5 for 20 last night. “It was not a typical shooting night for us from the floor or the line, but that’s part of the game. We learn and we move on,” Coach Pierce stated.

The Lady Olympians will face Candor at home on Tuesday, January 7th, 2020. The game is scheduled to begin at 7 p.m. 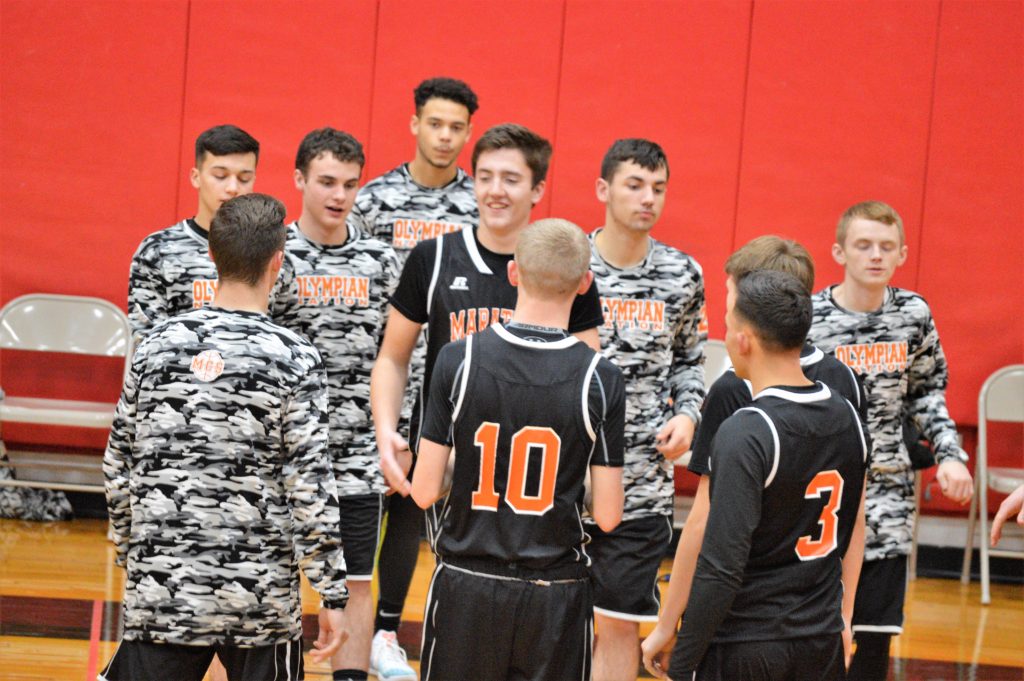 The Marathon varsity boys basketball team got off to an early start to defeat Oxford 62-20 on the road.

The Olympians were able to get many fast break baskets and moved the ball well against the Oxford zone. Marathon would obtain a 39-16 lead at the end of the first half.

Coming into the second half, the Olympians were able to hold Oxford to just 4 points.

Senior forward Andrew Tillotson is beginning to get back into game shape, as he comes back from injury. Tillotson led Marathon in rebounds and scoring with a total of 16 points.

The Olympians now stand with a 7-1 overall record.

Up next, Marathon will be on the road once again, as they face Candor on Tuesday, January 7th, 2020. The game is scheduled to start at 7 p.m. 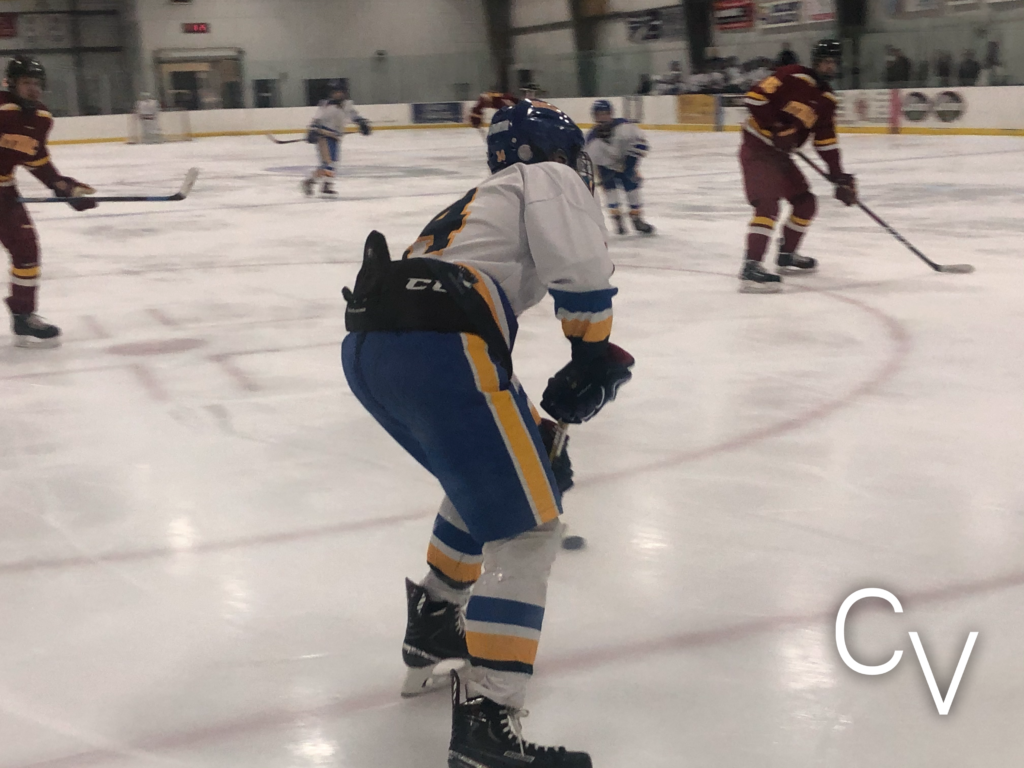 “Our first line played really well today getting all 8 goals,” stated Cortland-Homer Head Coach, Chad Totman. “Three of them were power plays. We  Moved Nick Gravel up to forward with Jed Brazo and Andrew Partigianoni. They all handled the Puck very well and every one of them is a threat to score which makes them hard to defend against. Hopefully we can take some of this positive energy to our league games as we really get into the meat of our season.”

Up next, the Golden Eagles will be hosting Whitesboro on Tuesday, January 7th, 2020. The game is scheduled to begin at 7 p.m. at the JM McDonald Sports Complex. 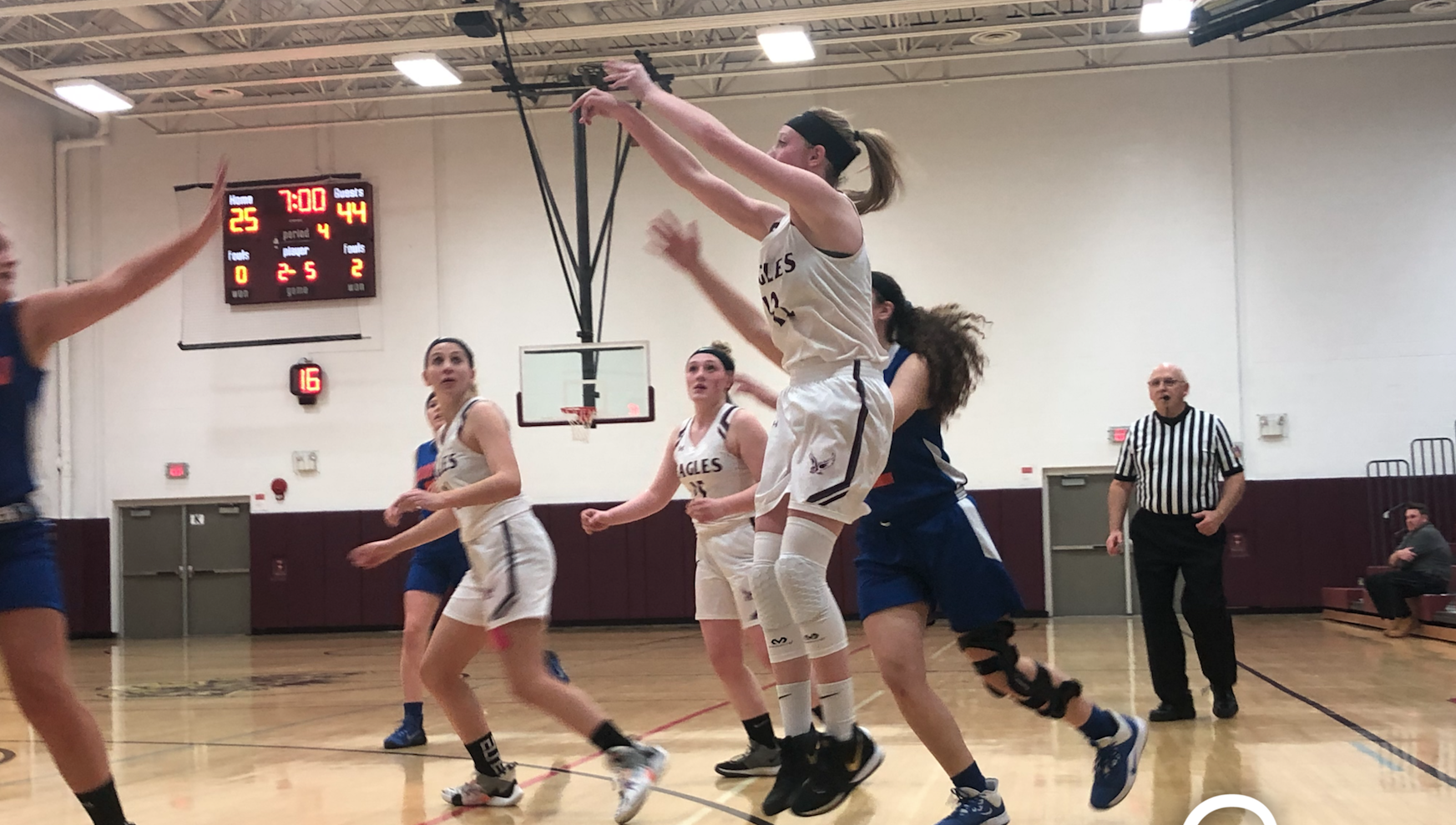 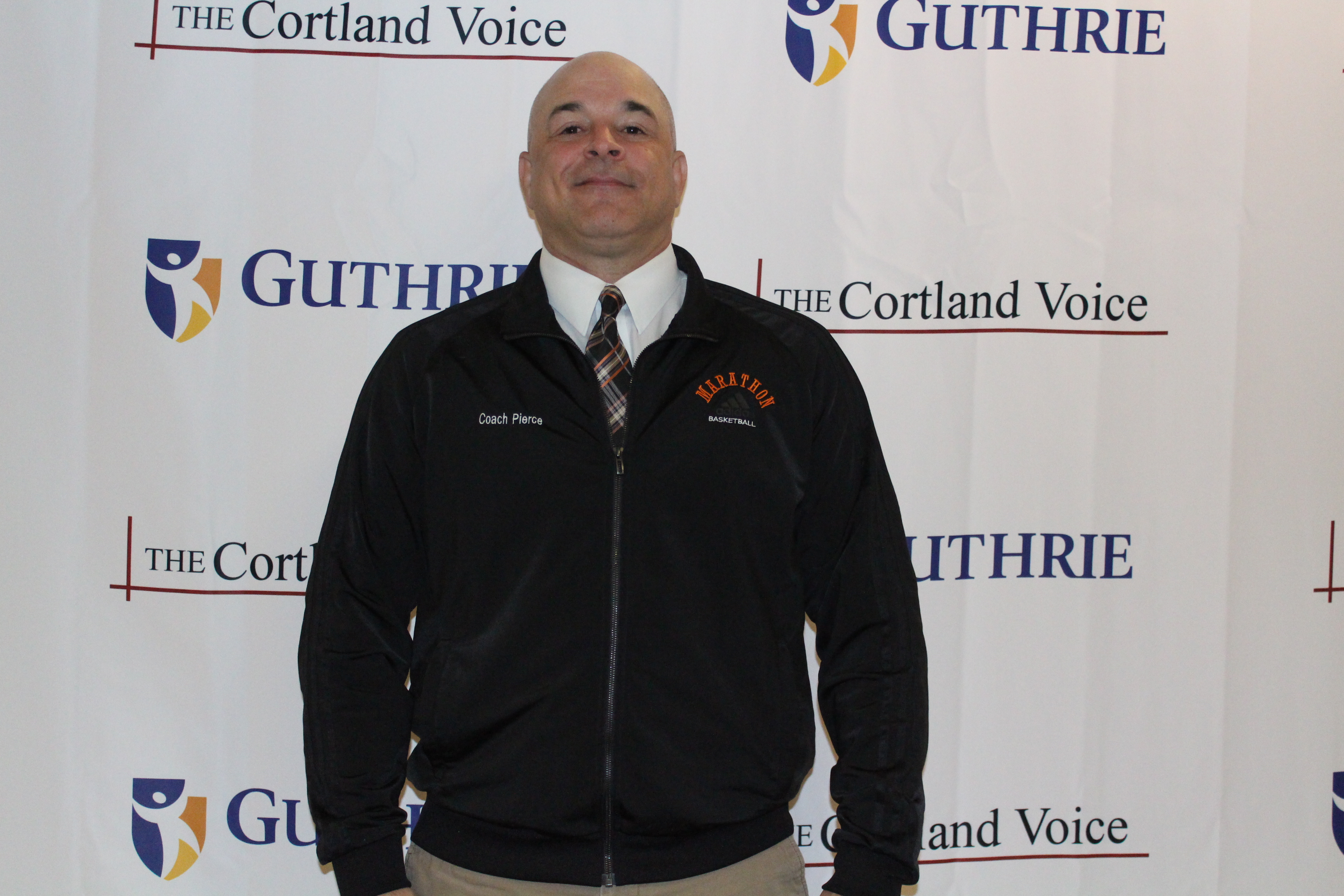