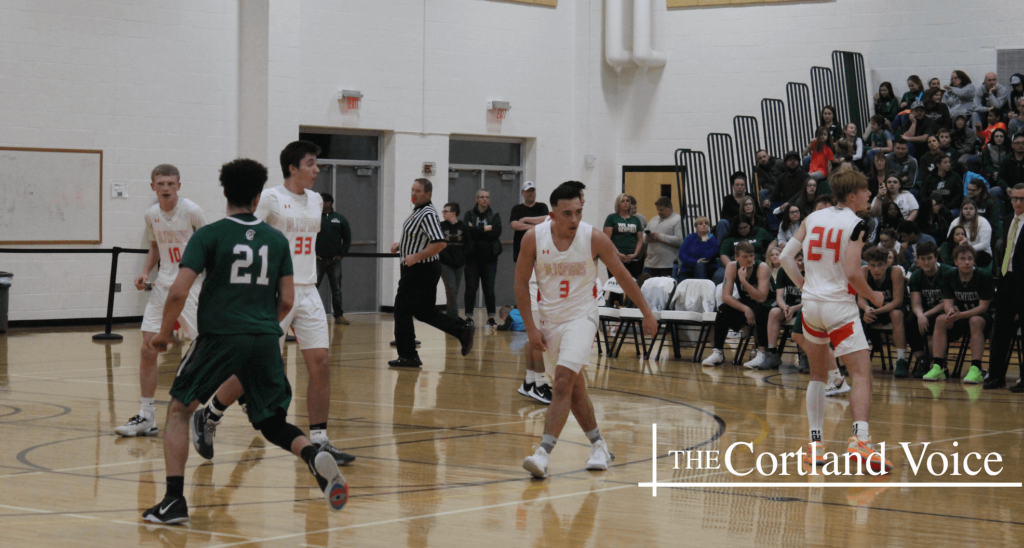 The Marathon varsity boys basketball team lost to Newfield in a heartbreaking 54-57 game in the IAC Small School Championship game last night. Both teams came into the contest with a 12-1 IAC record.

The Marathon Olympians started the game out hot from behind the arc, making three straight 3-pointers. However, Newfield would keep it close, as they constantly attacked the paint and hit open shots. Marathon led 31-23 at the half.

At the beginning of the second half, the Olympians found the hot hand with senior guard, Diego Castellot. Castellot scored seven straight points to give the Olympians a 12 point lead.

In the final quarter, Newfield initiated their comeback run. They forced turnovers with their high-court press, and tied the game 50-50 with less than three minutes to go.

Marathon senior Kenyon DePuy quickly scored in the paint to break the Olympians’ cold streak, but Newfield answered right back. Down by three with 2.3 seconds left, Marathon had one last chance to send the game to overtime; but they were not able to get a shot up on time.

“I don’t think we looked well on offense at all,” stated Marathon Head Coach Jim Holland. “It was a very selfish offense tonight. We did not look like a team. We have to go back to the basics. This is a powerhouse team too, but this is the second time we had them beat, and we folded.”

Castellot led the Olympians with 23 points. Connor Holland had 10, while both Andrew Tillotson and DePuy scored nine each.

Newfield was led by Jacob Humble with 20 points, while Josh Wood scored 11.

Up next, the Olympians will look to redeem themselves, as they host the winner between Sharon Springs and Margaretville in the Quarter-Finals of the Section IV Class D Sectional tournament on Friday, February 28th. 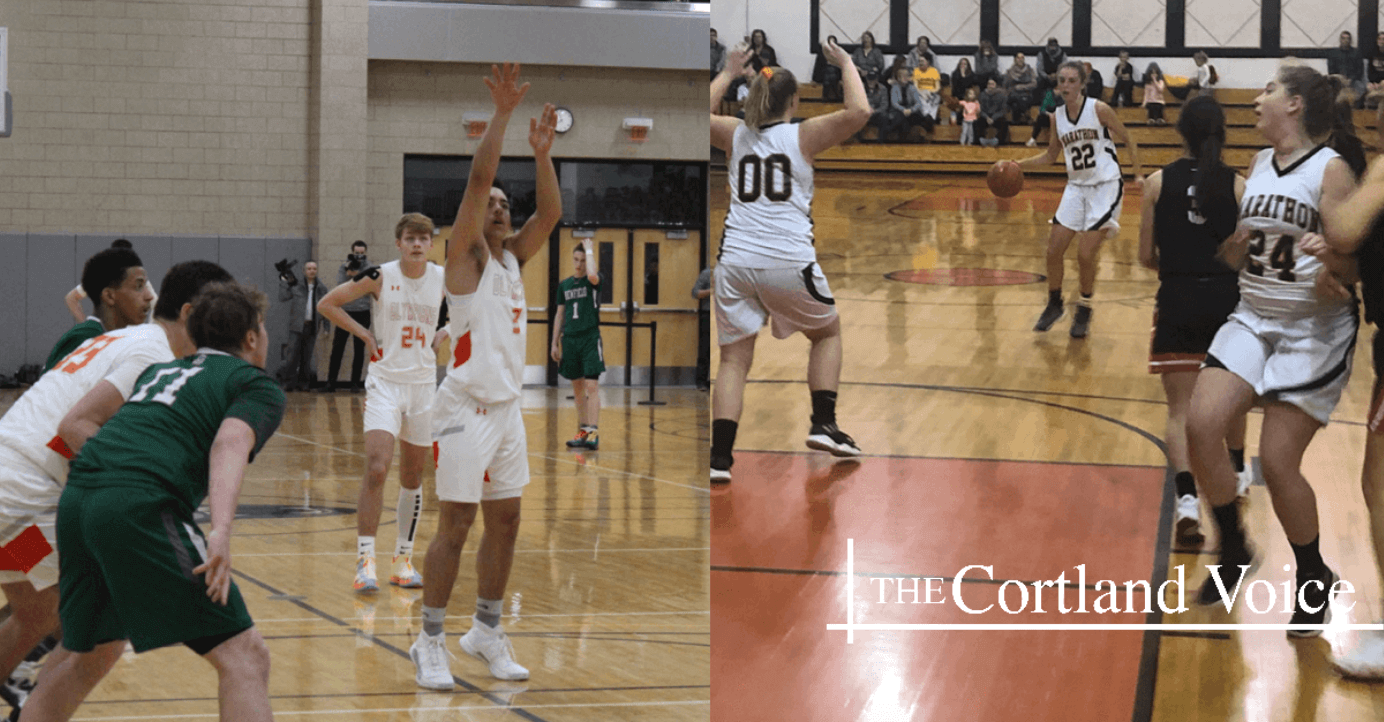 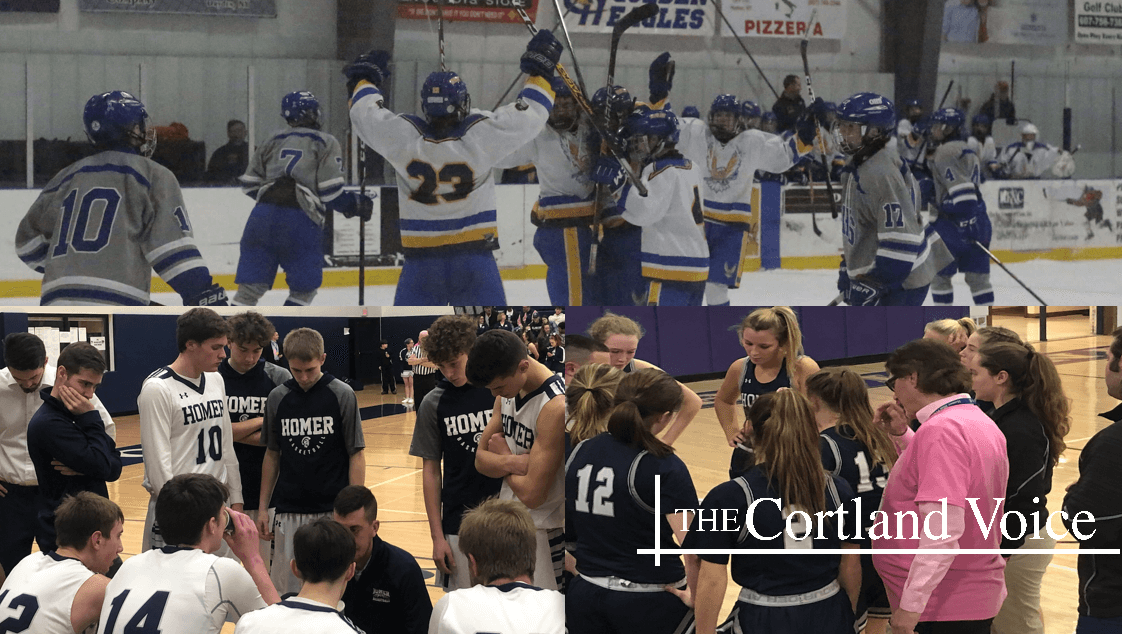