Three were injured when a 16-year-old stole a van in Syracuse, drove to Cortland and led city police on a chase, crashing into an SUV and a Cortlandville thrift store, police report.

The chase began about 11 p.m. Saturday when a city patrol officer spotted a stolen 2015 Dodge Caravan minivan pulling out of the Sunoco gas station at 44 Port Watson St., according to the Cortland Police Department.

Officers were alerted to the stolen van shortly before when a caller reported to police an erratic driver had just exited Interstate 81 onto Pomeroy Street, stated Lt. Michael Strangeway. The caller gave dispatchers the van’s license plate number, Strangeway wrote in a news release. When an officer ran the plate number through an information system, it came back as just stolen from Destiny USA mall in Syracuse, he stated.

When officers tried to pull the van over on Tompkins Street, after it left the gas station, the driver sped up and tried to flee, Strangeway stated.

Speeding west, the van struck a 2005 Ford SUV stopped at a red light at the intersection of Route 13 and Route 281 in Cortlandville, he said. While the Ford SUV was propelled across Route 281 and into the A&W Restaurant parking lot, the van crossed the county route and struck the south side of the Salvation Army Family Store, Strangeway said.

Officers discovered the driver of the stolen van was a 16-year-old boy, Strangeway said.

A 23-year-old man driving the struck SUV and his 21-year-old woman passenger were both injured in the crash, he said.

The woman suffered a rib fracture and head injury, Strangeway said. She was taken to Upstate University Hospital in Syracuse, where she remained in stable condition this morning, he wrote in an email update today. The 23-year-old man was treated at the Syracuse hospital for a head injury and a concussion, then released, Strangeway stated. Both were wearing a seatbelt, he said.

The 16-year-old was also buckled up, sustained a cut to the hand and some leg pain, Strangeway said. He was treated at Guthrie Cortland Medical Center and was released to police to attend arraignment, police said.

After arraignment, the teen was released to the custody of The William George Agency for Children’s Services in Freeville, Strangeway stated. According to the agency’s website, it is a facility for youth who have either entered the criminal justice system, are suffering from mental, social or emotional health issues, or both.

The boy was on a home visit in Syracuse from the William George Agency when he spotted the van idling empty outside the mall entrance and stole it, Strangeway said.

Both vehicles were totaled in the crash and the Salvation Army Family Store building sustained some damage, Strangeway stated in the updated email.

The 16-year-old was charged with three felonies: fourth-degree criminal possession of stolen property, first-degree reckless endangerment and second-degree fleeing an officer in a motor vehicle, also known as Todeschini Law.  State trooper Craig J. Todeschini, of Onondaga County, was killed during a high-speed chase in 2006. The teen was also charged with misdemeanor reckless driving, as well as unsafe passing, speeding and no license, traffic infractions. 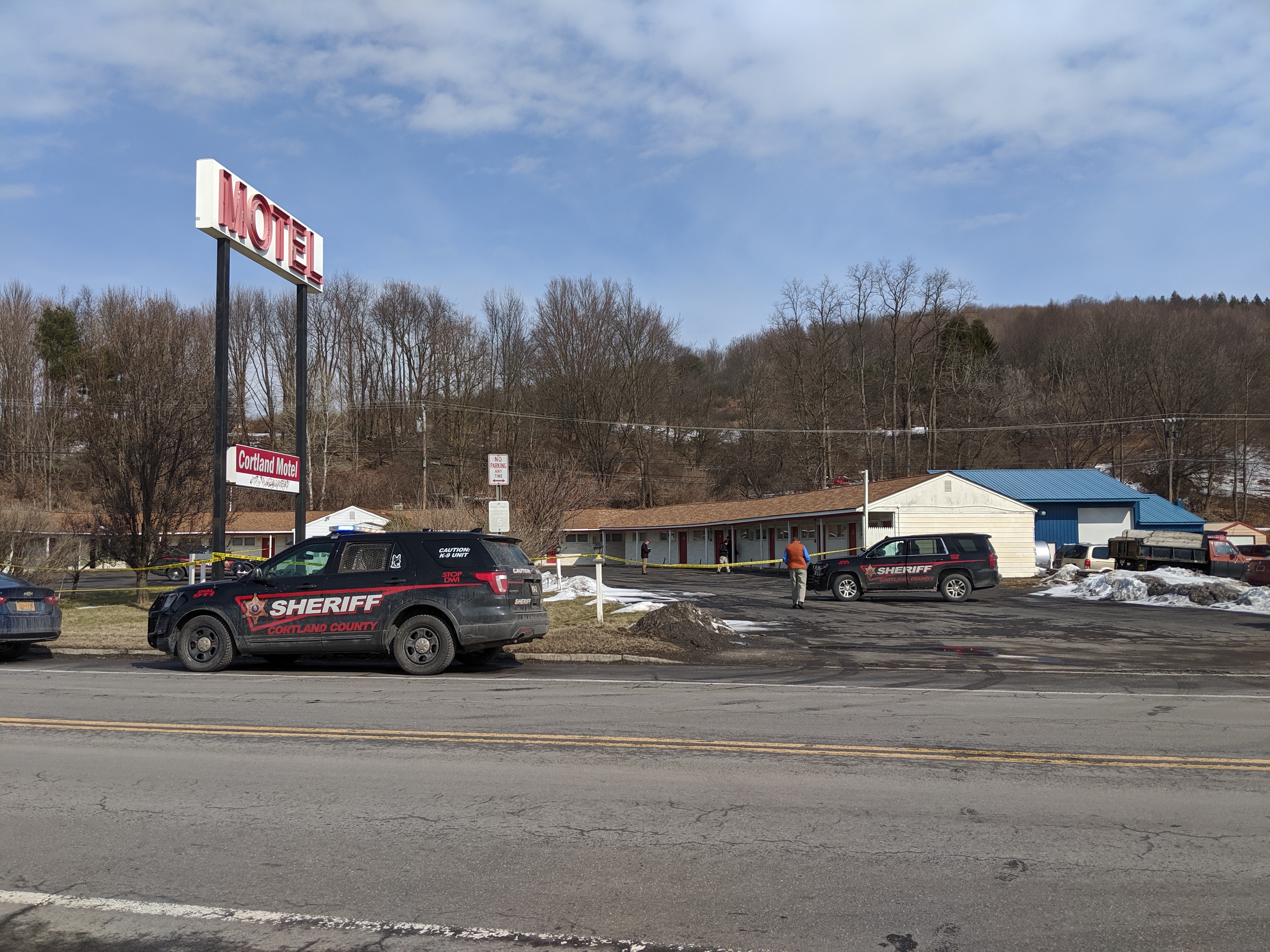 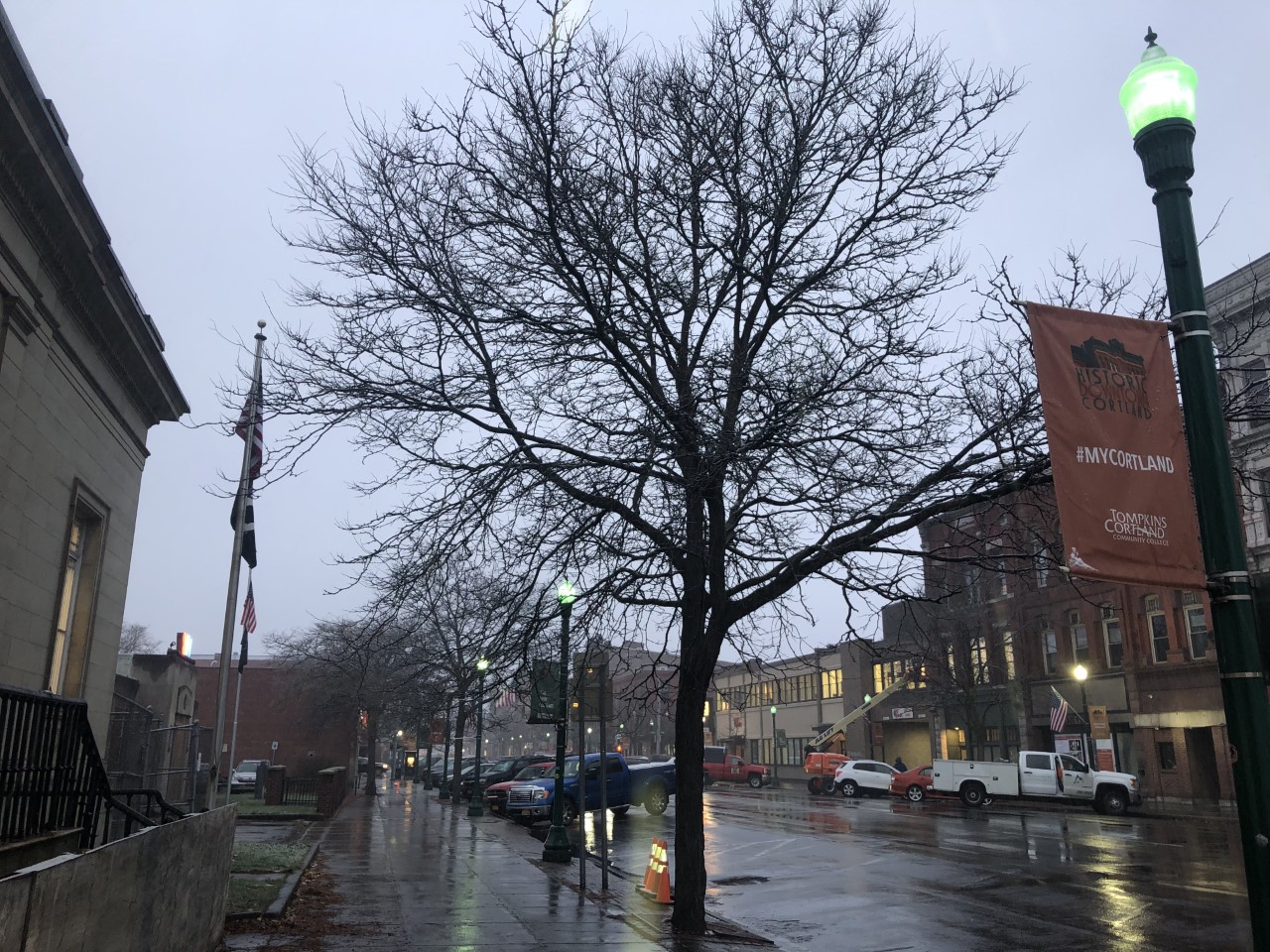