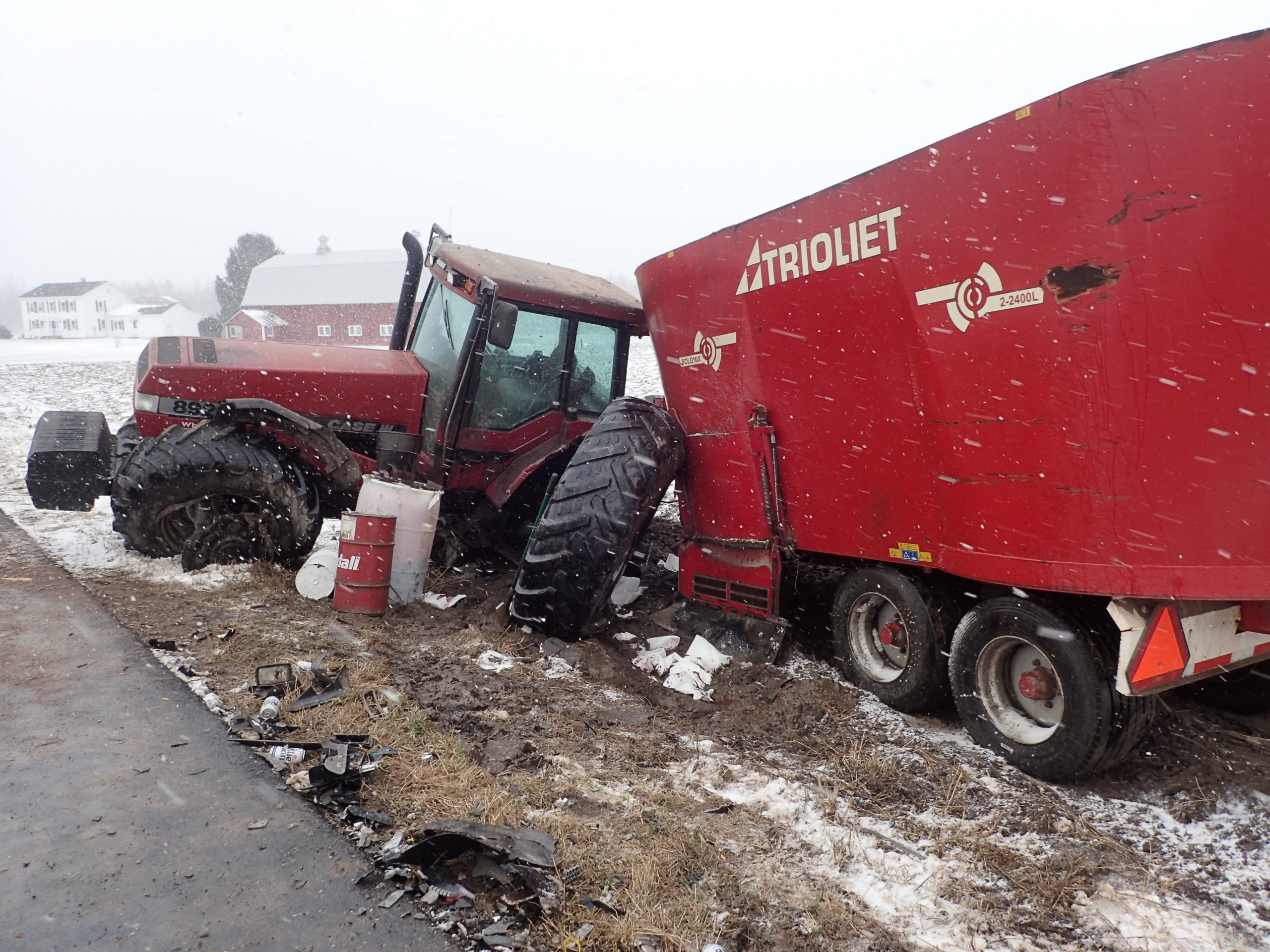 Two were injured when a pickup truck and a farm tractor and wagon collided Monday morning on Route 11 in Preble. CORTLAND COUNTY SHERIFF'S OFFICE

PREBLE— An accident between a Dodge pickup and a farm tractor pulling a wagon injured two Monday morning on Route 11, according to the Cortland County Sheriff’s Office.

Jennifer Haskins, 45, of Tully, and a 20-year-old man riding with her in the 2001 Dodge pick-up, were taken to Upstate University Hospital in Syracuse with chest and leg pain, according to the department.

The driver of the tractor was uninjured in the crash, police said.

Further information on the condition of Haskins and her passenger was not immediately available this afternoon.

Haskins was driving north shortly before 10 a.m. on Route 11, near the intersection of Curry Road, when she lost control of the truck on the snowy road, crossed into the southbound lane and struck the tractor, according to the department. The tractor, from Curry Farms, was pulling a mixing wagon when the truck struck it, police said. Both vehicles were pushed off the road by the force of the crash, according to police.

The tractor operator tried to avoid the crash, but was unable to, noted the Sheriff’s Office.

While the crash is still under investigation, police determined speeding and the poor road conditions were contributing factors, according to the department.

Haskins and her passenger were taken to the hospital by TLC Emergency Medical Services, police said. State police and transportation department, the Homer Fire Department, Preble Fire Department, Ron’s Body and Paint of Cortland and Doody Brothers Garage of Tully, all assisted at the scene. 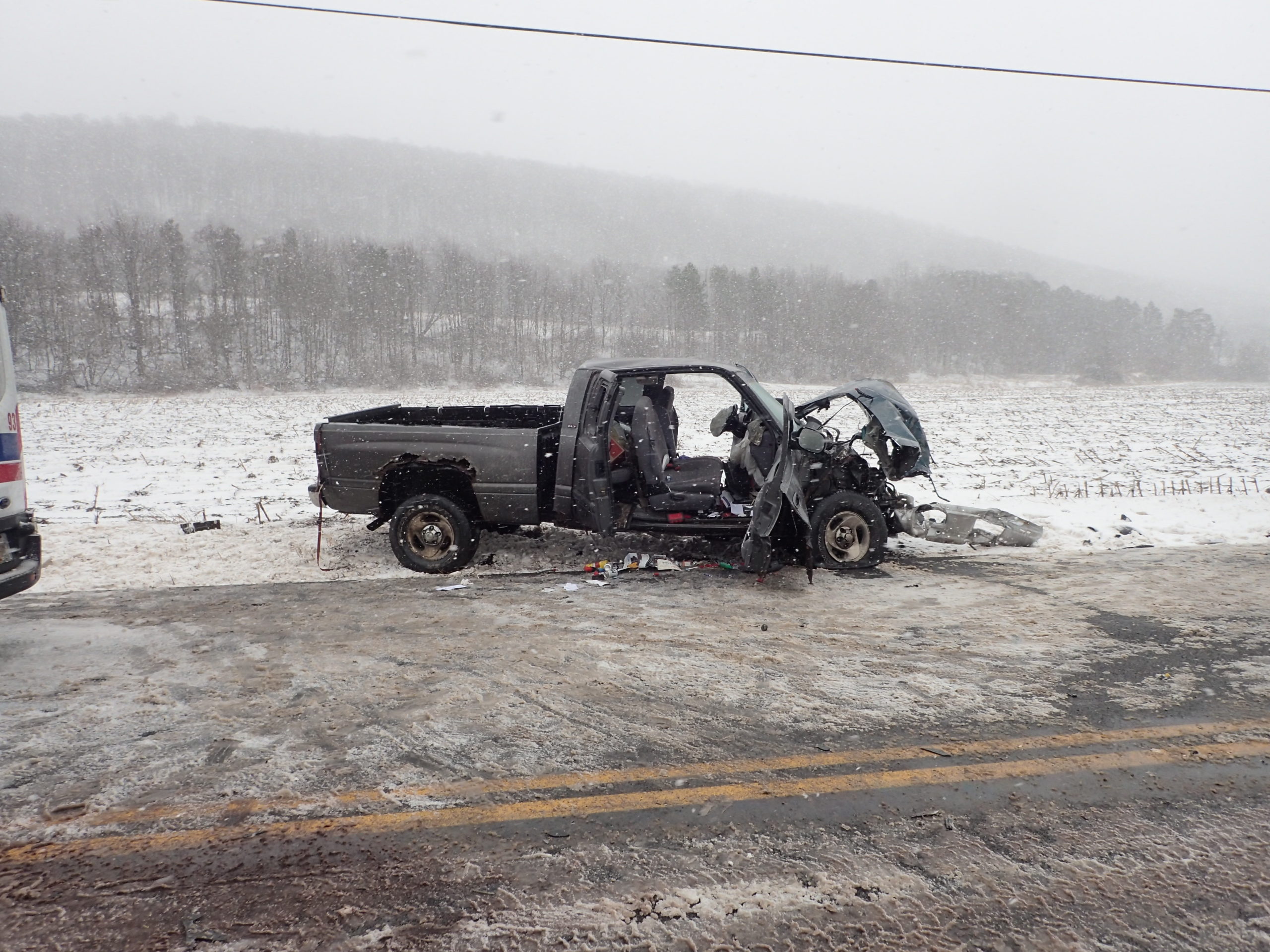 Two were injured when this pickup truck and a farm tractor and wagon collided Monday morning on Route 11 in Preble. CORTLAND COUNTY SHERIFF'S OFFICE 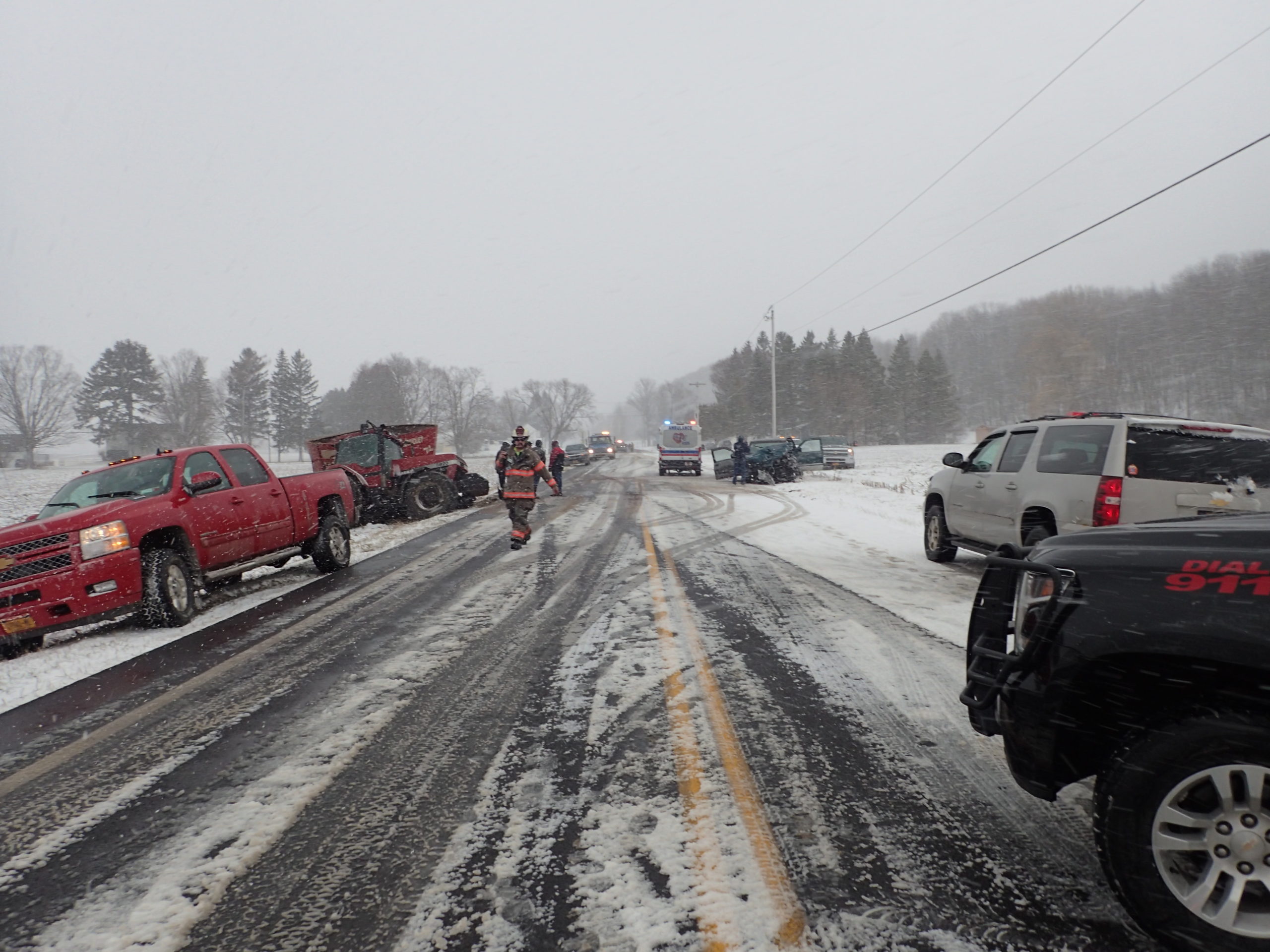 Speed and snowy road conditions were contributing factors in a Monday morning crash on Rt. 11 in Preble that injured two, according to police. CORTLAND COUNTY SHERIFF'S OFFICE 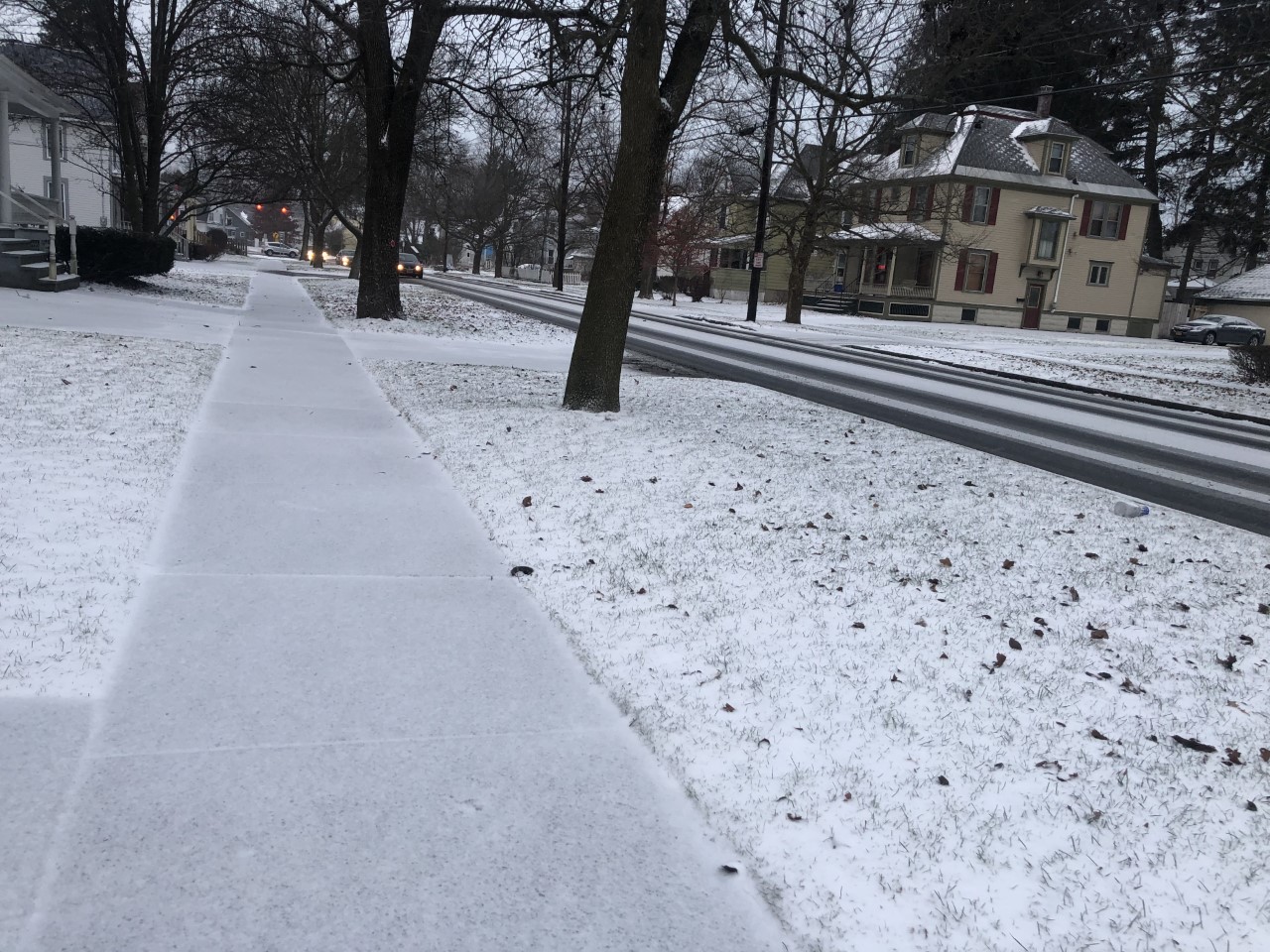 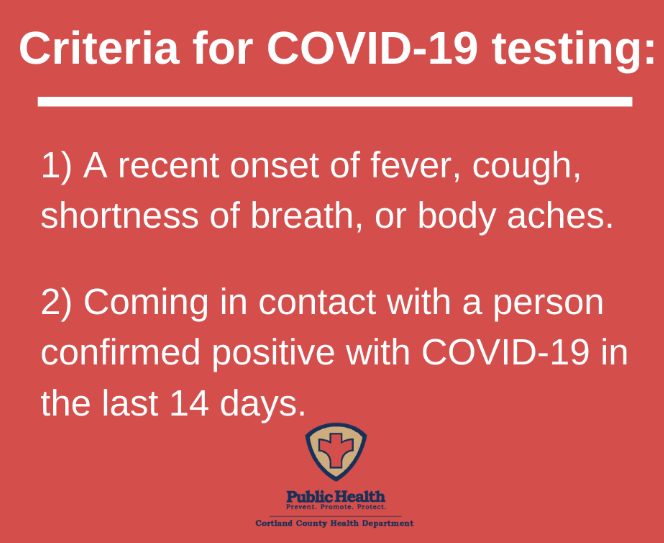