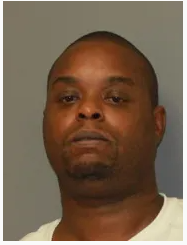 City police arrested a Dryden man on sex assault charges this afternoon for raping a child under the age of 13 more than 50 times between 2017 and 2019.

Anthony C. Woods, 41, of 3 Game Farm Road, Dryden, was arrested today in Cortlandville without incident for the attacks that occurred on Pendleton Street, said Lt. Michael Strangeway. Police launched an investigation after the child disclosed the abuse to an adult this week and the adult reported the incidents to the police, Strangeway said.

“This particular charge is extremely serious in nature,” Strangeway said, “and commensurate with the allegations made in this case.”

No physical injuries were reported to police along with the sexual attacks, he said. “Our investigation didn’t reveal physical injury,” Strangeway added.

Woods was arrested on felony drug and gun charges in 2015, when he was living at 43 Union St. in the city, for possessing 67 pounds of marijuana and a stolen 9mm pistol with a high capacity magazine, according to The Cortland Voice archives.

In that case, Woods was arrested alongside Christopher M. Herson, 35, of Groton after a five-month, multi-agency police investigation determined the pair was selling large amounts of marijuana in Tompkins County, the archives state.

Information regarding the status of those charges was unavailable this afternoon.

Woods appeared via a video arraignment this afternoon in City Court and was remanded to the Cortland County Jail without bail.

If convicted of predatory sexual assault against a child, Woods could be sentenced to life in prison.