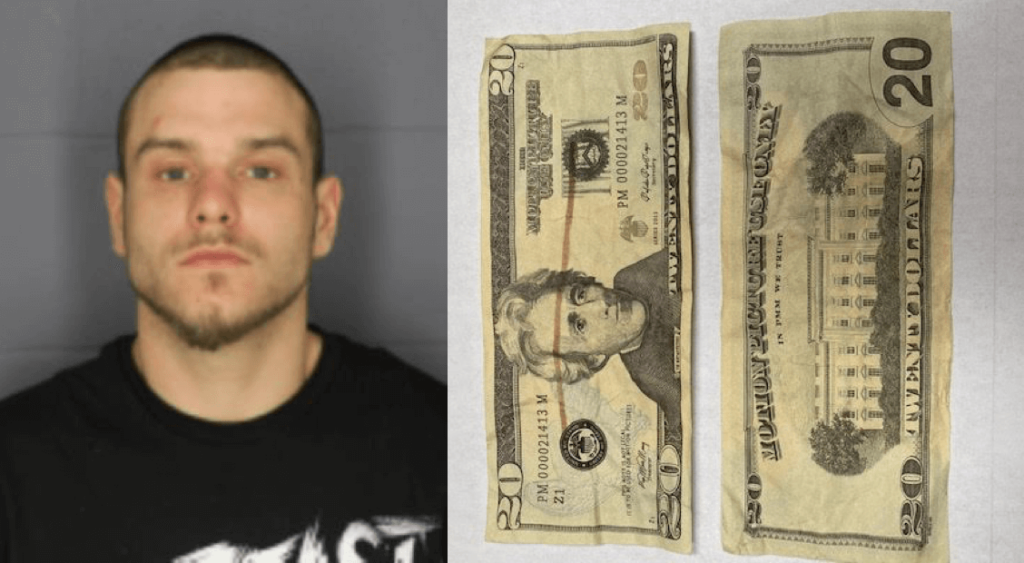 Artis L. Young, 28, of 3586 State Rt. 215, pled not guilty Tuesday in City Court to three felony counts of possessing a forged instrument. Young offered cashiers counterfeit $20 bills, marked on the front and back as “Motion Picture Money,” in three stores Sept. 14, according to the Cortland Police Department.

While the bills are marked, the type used duplicates the lettering used to spell out “The United States of America” so perfectly that unless a cashier actually reads the bills, it would not be obvious they are fake, said Lt. Michael Strangeway. The paper the counterfeit bills are printed on also feels very similar to the paper of actual, legal tender, said Strangeway.

However, the fake bills react to the iodine in counterfeit detection pens, leaving the tell-tale mark of counterfeit money, noted Strangeway.

“They do not pass the pen test,” said Strangeway of the prop money, “and that’s how every one of the bills has been spotted.”

Young successfully passed a counterfeit $20 about 5:45 p.m. Tuesday at A&A Mart at 155 Tompkins St., he said. Young purchased a Red Bull energy drink with movie money and received real money in his change back, Strangeway said.

The point of the scam is not to receive small goods for free, but to receive real currency in change from a purchase or to buy a usable gift card with the fake money, he noted.

A half hour after buying the energy drink, Young tried to use the phony bills to purchase a $100 Visa gift card at the Speedway at 162 Tompkins St., Strangeway said. When the bills failed the pen test at the register, the cashier seized the counterfeit money and refused to give Young the gift card, he said.

Next, Young tried to purchase a 12-pack of Pepsi at the Speedway at 110 Port Watson St. using the fake currency, Strangeway said. Once again, the alert cashier seized the bills after they failed the pen test and refused to sell the item, he said.

While Young is only charged with passing fake bills in the city, investigators believe Young likely tried to use counterfeits at stops all along his route to work in Elmira, Strangeway said.

Strangeway urged anyone with information about passing counterfeit money like the movie prop bills to call Det. Sgt. Sean Byrnes 607) 758-8309. If fake bills were passed outside of the city, the Cortland Police Department will forward the information to the correct police agency, he said.

Young — who is on parole — was charged with three felony counts of first-degree criminal possession of a forged instrument, one count of misdemeanor petit larceny and two counts of attempted petit larceny, a misdemeanor.

At an arraignment held this afternoon in City Court, Young was remanded to the Cortland County Correctional Facility. Judge Larry Knickerbocker noted he could not place bail on a felony case and that Young plans to petition the proper Cortland County Court at a later time.

In 2016, Young pled guilty to felony second-degree burglary after he was arrested for burglarizing a residence in Homer and a residence in Virgil within two weeks, according to The Cortland Voice archives. 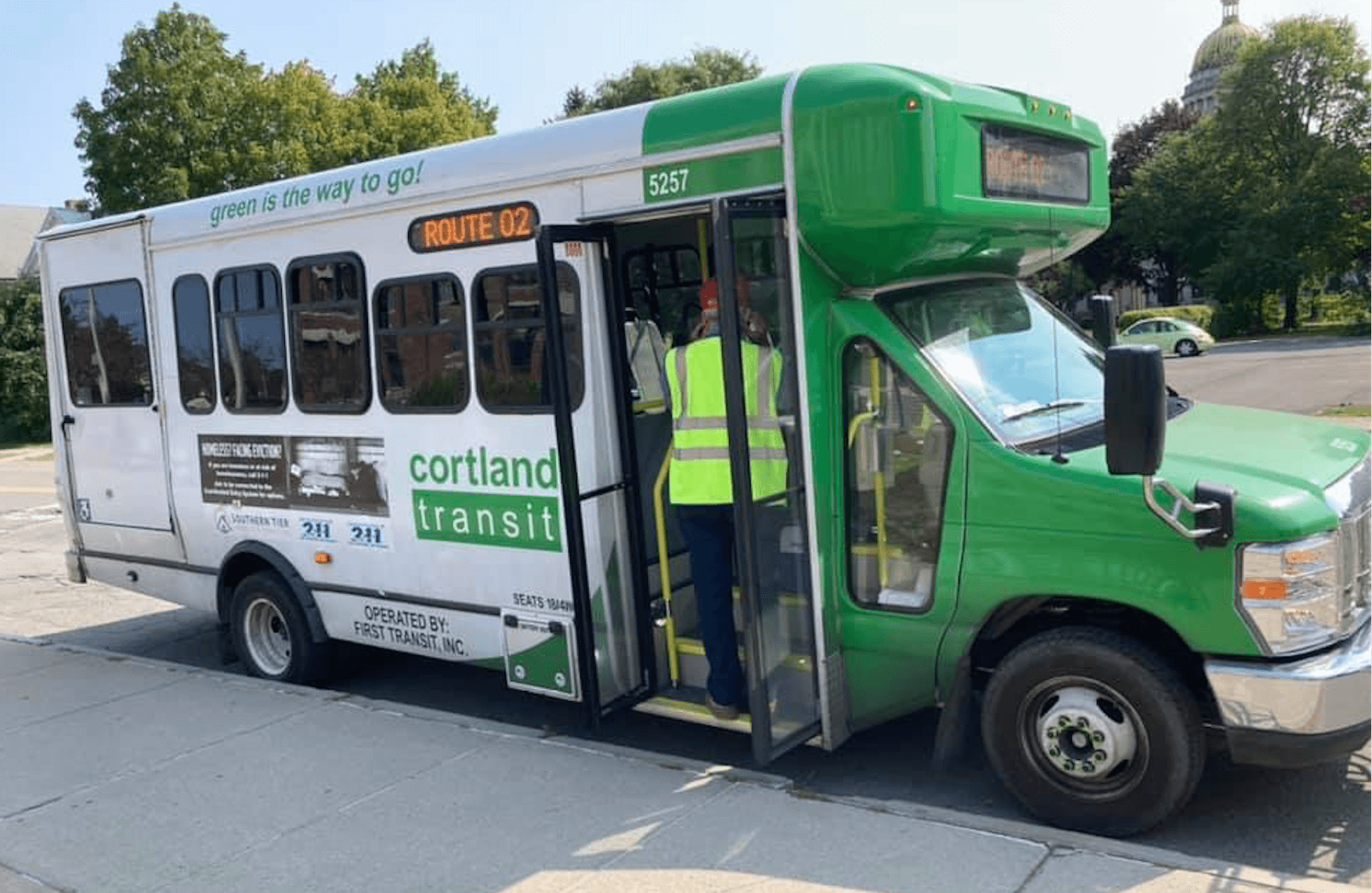 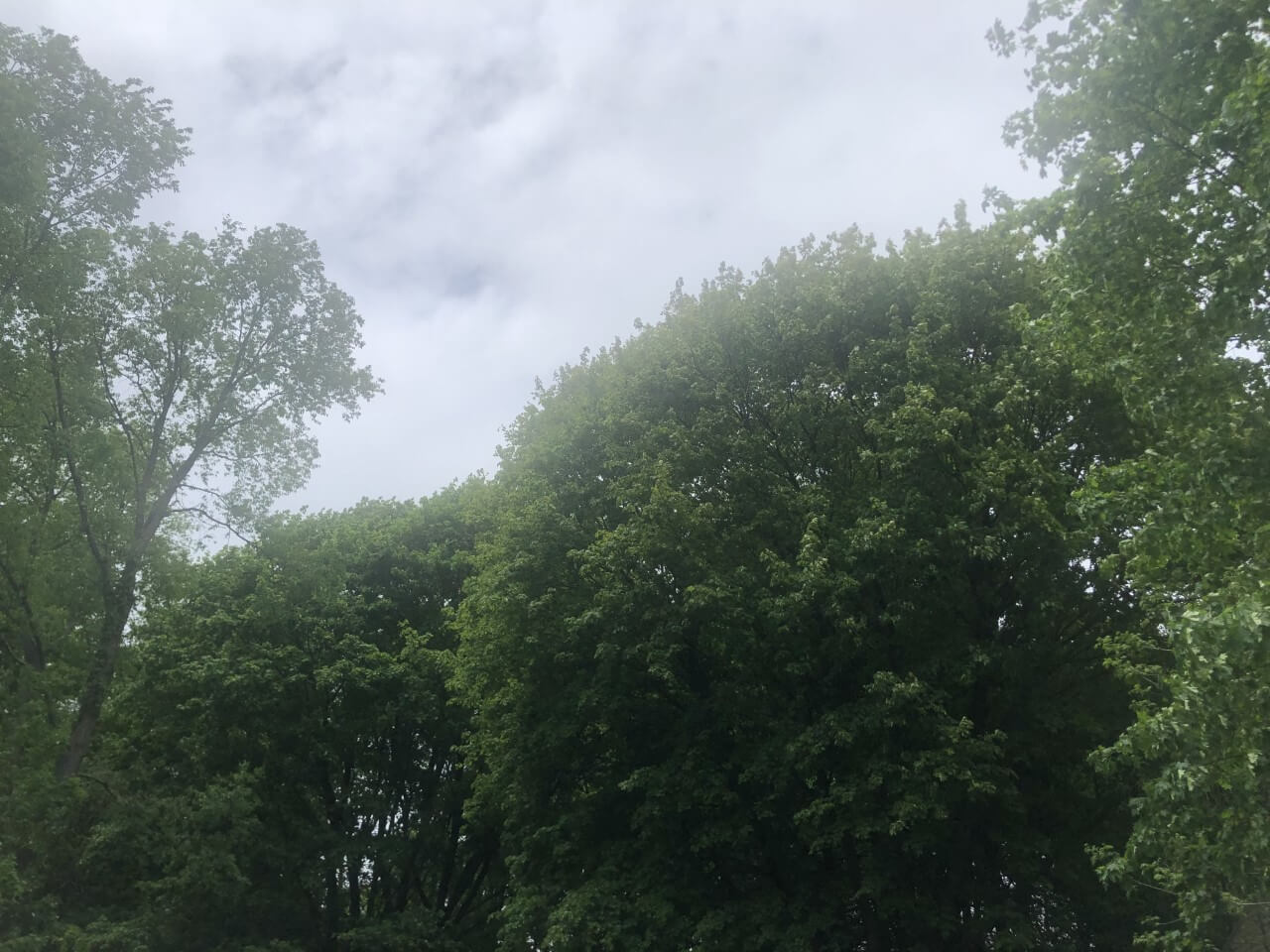