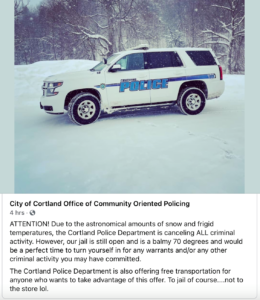 Here's the first apology for the original post (Wednesday night): 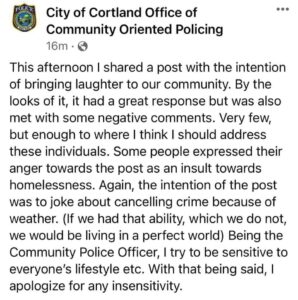 One commenter engaged with the Community Policing Page: 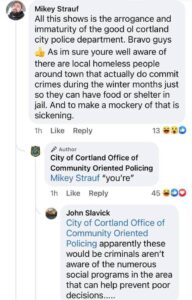 Another commenter referenced Eric Garner (He was killed by an officer and repeatedly said "I can't breathe".): 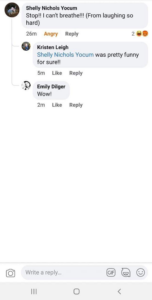 Officer Abbott's explanation of the incidents that took place (Interview with the Cortland Voice):

This morning, one of the posts was edited: 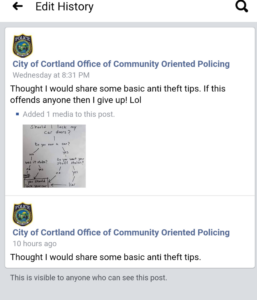 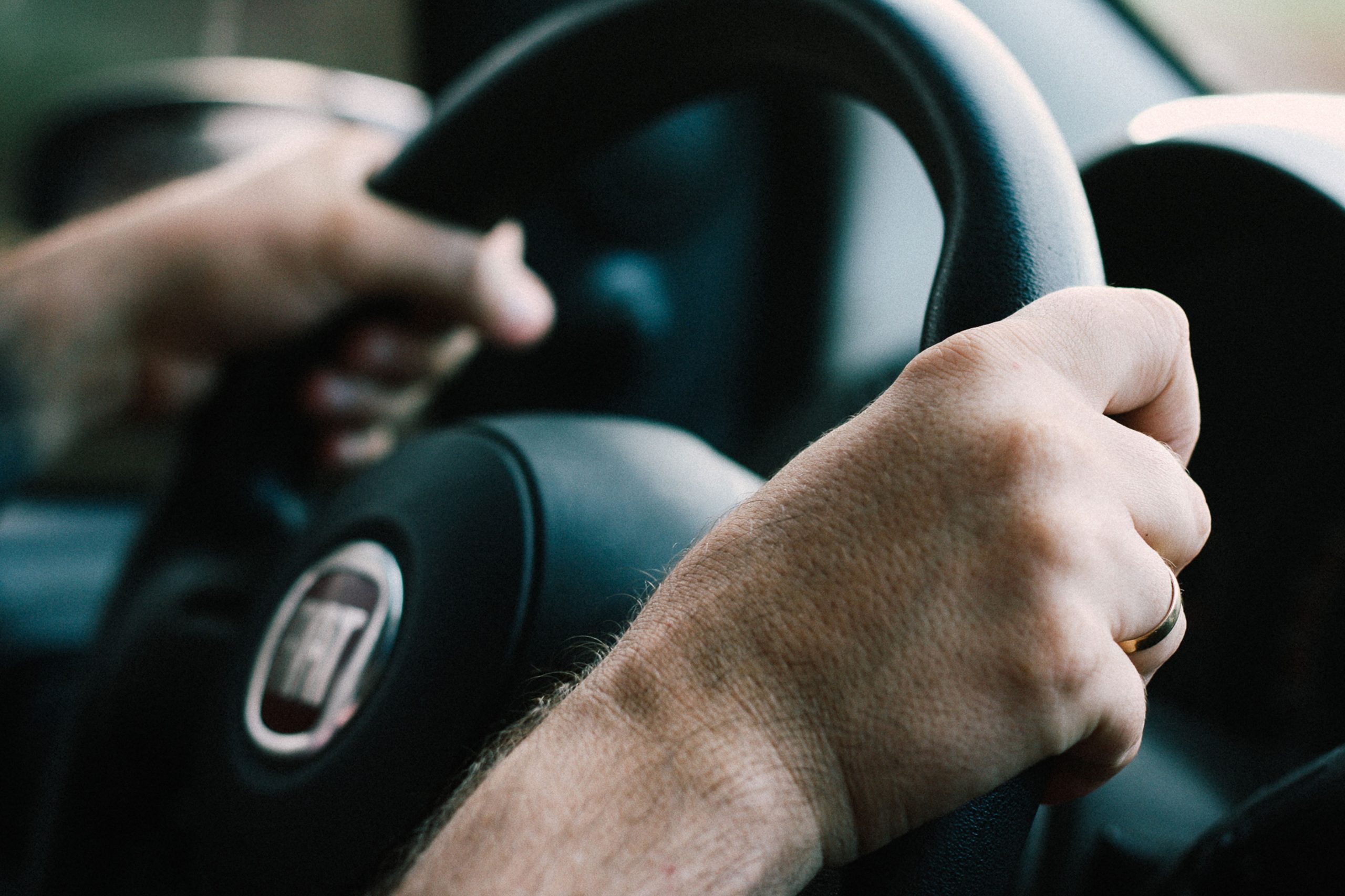 State Police to crack down on impaired ... 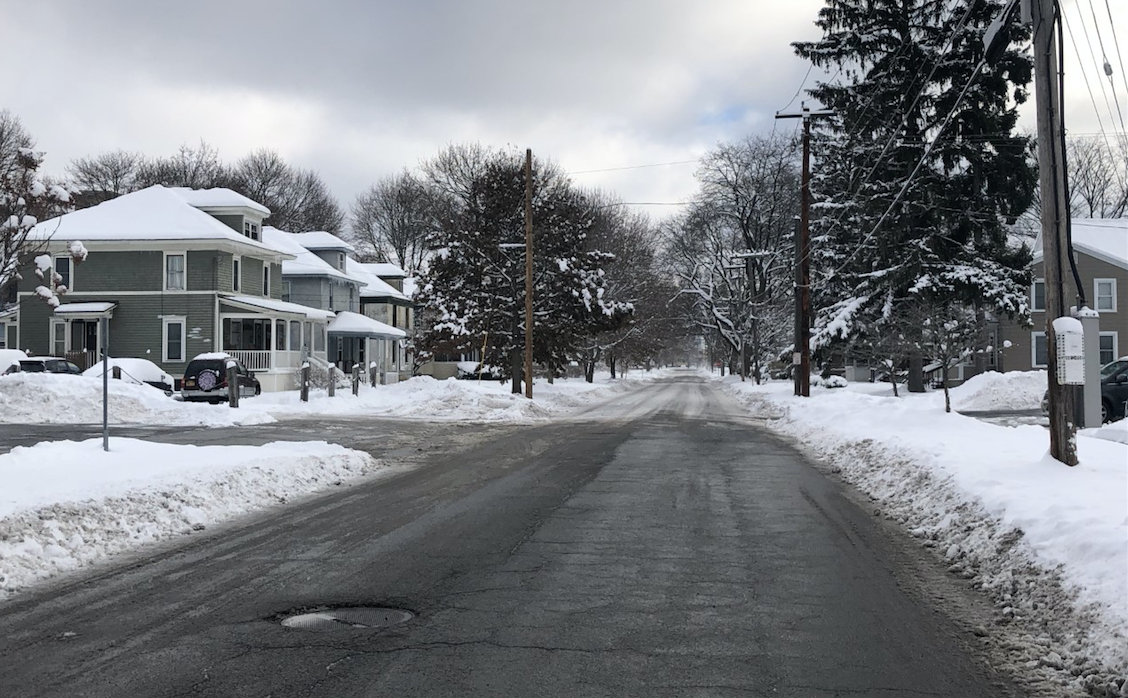