A Cortlandville man convicted of sexually abusing a young boy for two years while on probation was sentenced this morning to fifteen years in prison and 25 years of post-release supervision to run concurrently.

As part of his plea deal in Cortland County Court, Anthony C. Woods will be required to submit to an evaluation before his parole  to determine if he is a “dangerous sex offender requiring confinement.” If Woods is found to suffer from mental health issues that makes it likely he will commit further sex crimes or have “serious difficulty in controlling such conduct,” then he will be sent to a secure treatment facility after serving his prison sentence until he is considered no longer dangerous, according to state law. This could add significant years of civil confinement to Wood’s prison sentence.

Woods, 42, was arrested in June by the Cortland Police Department after a boy reported to an adult that Woods sexually attacked him more than 50 times between October 2017 and June 2019 at a house in Ward Five, according to the department.

During the summer of 2019, Woods also sexually attacked the boy several times at a residence in Cortlandville, according to the Cortland County Sheriff’s Office.

The boy agreed with the sentence deal the District Attorney’s Office offered Woods, according to court documents. In a report read at the sentencing this morning the boy’s guardian stated the child wants Woods to die or to stay in prison until his death.

The boy wrote eloquently to Woods in a letter read aloud at the sentencing.

“I am here to close a chapter in my life and to start a new one,” wrote the boy. “I have done a lot of growing up since I decided to stand up to you. I am not afraid of you anymore.”

The boy recounted how he looked up to Woods and how Woods made sure he was taken care of.

“You would take me to the mall and buy me things,” the boy stated. “Now I know that was all part of your game plan.”

The boy recalled his suffering, loneliness and depression, adding he did not think any prison sentence could teach him a lesson.

“I feel so much relief and safety knowing you will be behind bars,” the boy said.

In the report aloud in court, the boy’s guardian stated Wood’s family offered them cash to drop the charges and drove by their country home with horns blowing.

There are no charges against any family members pending in this case.

Woods declined to comment at his hearing. He admitted to police that “what the victim said was accurate,” said Assistant District Attorney Jessica Weyant. In a phone recording obtained in June by The Cortland Voice, Woods confessed to having sexual relations with the boy.

“There’s nothing to be said. There’s no excuse,” Woods states in the recording. “What do you want me to say? I can’t help it. I was born different, alright? My natural desires is different than anybody else’s” (sic).

However, Woods denied being attracted to children when interviewed by the Cortland County Probation Department before his sentencing, said Weyant.

The sexual abuse occurred while Woods was on probation for felony drug dealing charges, according to court records.

Woods was arrested on drug and gun charges in 2015 for possessing 67 pounds of marijuana and a stolen 9mm pistol with a high capacity magazine, according to The Cortland Voice archives. He was living in a Union Street residence at the time of that arrest, according to the archives. On Feb. 17, 2017, Woods was sentenced to time served and five years of probation in Tompkins County Court after he was convicted of third-degree criminal possession of marijuana, noted Weyant.

In a court memorandum, a probation officer noted Woods stated “he has been living on $250,000 of income from drug sales prior to his arrest.” A female associate of Woods was witnessed this morning attempting to pay cash for his $1,425 in fines and court fees.

Woods will also have to submit to HIV testing at Guthrie Cortland Medical Center within the next 15 days as part of his sentence.

By accepting the plea deal, Woods avoided two maximum prison sentences of 25 years to life to be served consecutively, according to the plea deal. The offer was made to prevent the boy from being further traumatized at court hearings, states Weyant in the agreement. 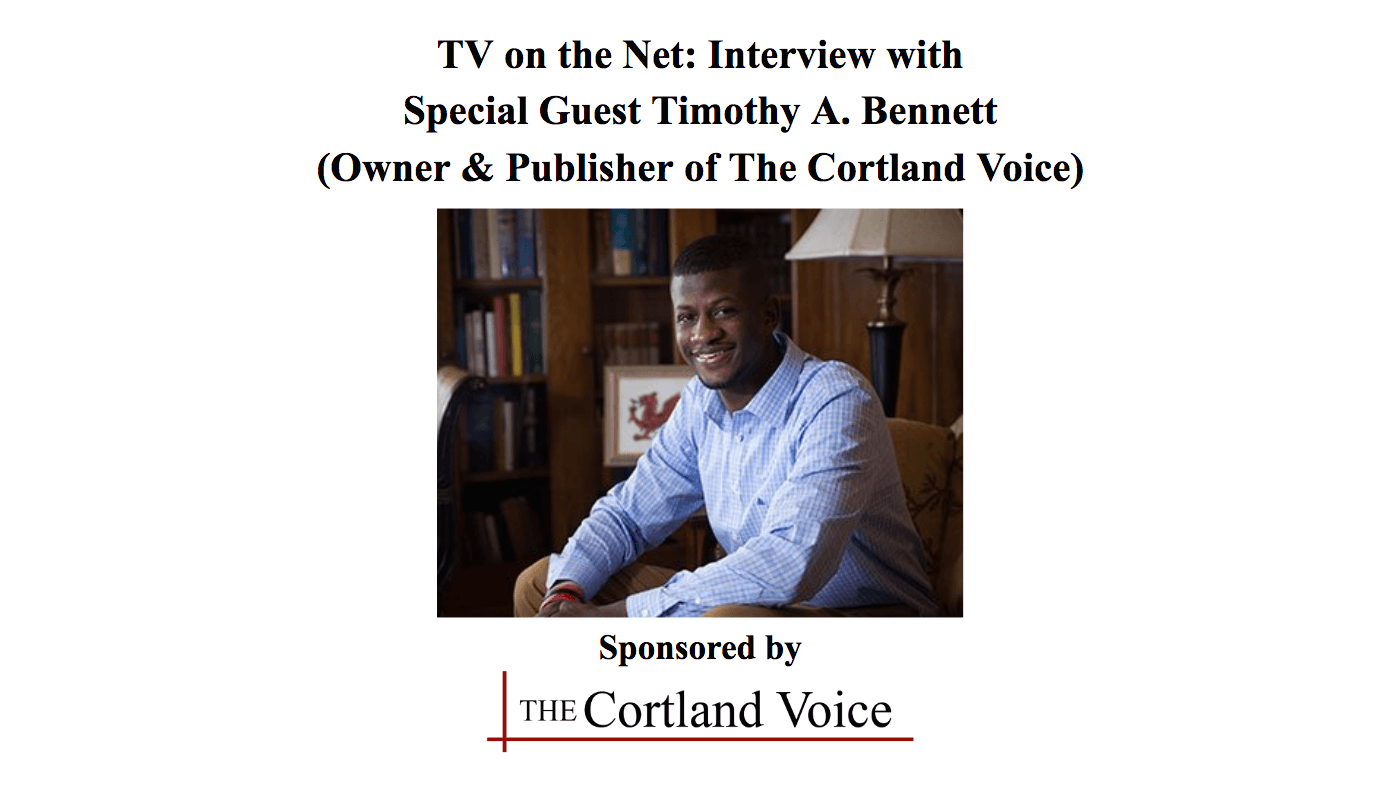 TV on the Net: Interview with Special ...