City police on Sunday arrested a man with enough crystal meth to indicate he was selling it — a man arrested for a Homer assault earlier this month and previously convicted of having methamphetamine and trying to sell it in 2018.

At about 12:30 p.m., an alert detective who knew Harris was wanted on warrants from the Cortland County Sheriff’s Office spotted Harris leaving a residence on Pendleton Street between Elm Street and Clinton Avenue, said Lt. Michael Strangeway. The detective used his radio to call for a patrol officer, who was parked around the corner, and the officer tried to pull Harris over, said Strangeway.

Instead of pulling over, Harris made a U-turn and tried to flee from police by driving south on Pendleton Street’s empty sidewalk, said Strangeway.

Harris continued south after he drove back onto the road and turned west onto Elm Street going up to 70 miles per hour, said Strangeway. After running through the intersections of Elm and Greenbush streets and Elm and Church streets without stopping, Harris continued up the short one-way section of Elm headed the wrong direction and turned west onto Clinton Avenue, he said. From there he turned onto North Main and Maple Avenue, leading police back to his residence at 15 Maple Ave., said Strangeway.

Once at home, Harris got out of the car, ran around a full lap around the house with police chasing him, then tripped and fell in his own driveway, he said. Harris was arrested.

Before he fled across town, the detective noticed Harris was carrying a multicolored backpack that he placed in the Kia Forte he was driving, said Strangeway. Police found the backpack in the car and searched it, discovering five grams of crystal meth and about $1,000 in cash, he said.

“Based on the amount, he was selling,” said Strangeway. “Typically someone is going to buy a gram (of meth).”

Crystal meth is different from the methamphetamine that was manufactured locally and led to the federal arrests of six County residents in 2017 by Drug Enforcement Administration agents from the Syracuse office that had worked with local police. At least one of the six people arrested was sentenced to six years in federal prison.

“Mexican drug trafficking organizations have become the primary manufacturers and distributors of methamphetamine to cities throughout the United States,” according to a DEA fact sheet. “Domestic clandestinely produced meth is mainly made with diverted products that contain pseudoephedrine. Mexican methamphetamine is made with different precursor chemicals.”

The city police department’s involvement with the DEA task force focusing on federal meth crimes led to a noticeable decrease in meth manufacturing in Cortland, said Lt. Rick Troyer in 2018.

After the November 2017 arrests, the number of meth-related labs in Cortland County dropped by 70 percent, according to state police statistics. Each year from 2014 to 2017, the New York State Police Contaminated Crime Scene Emergency Response Team cleaned up between 33 and 39 meth labs discovered by police. In 2018, the team responded to 10 meth labs.

“Obviously, it’s worked. Our meth labs have gone way down,” Troyer said in 2018. “And the same people are the people we’ve been chasing around for years.”

The city’s Common Council voted to leave the task force in September 2019. Alderman John Bennett expressed concerns that the City would face financial liability if a city officer were injured in Syracuse during a drug investigation at the time, despite department assurances that most of the work was conducted in an office setting. There were also concerns about the cost of driving to Syracuse.

Since 2019, the city saw a 200 percent increase in overdose deaths and a record-setting pace of overdoses deaths in the first quarter of 2021, according to Cortland County Coroner’s Office statistics. There were 21 drug deaths in 2020, nine deaths in 2019 and seven deaths in 2018.

Second arrest in May

Harris’ arrest Sunday was at least his second this month.

At his arrest on Maple Avenue, city police charged Harris with felony criminal possession of a controlled substance with intent to sell, misdemeanor third-degree unlawful fleeing a police officer and nine traffic tickets. But Harris was also arrested on warrants issued from the Cortland County Sheriff’s Office.

The Homer Village Police Department also arrested Harris on May 3 for striking someone with brass knuckles a few hours earlier on May 2 in Durkee Park and damaging that person’s vehicle, said Chief Bob Pittman. In that incident, Harris was charged with felony, second-degree assault and third-degree criminal possession of a weapon, felonies, as well as fourth-degree criminal mischief, a misdemeanor.

Harris was arrested with two women also charged in the Durkee Park attack, said Pittman. Miranda Combs struck the person with a baseball bat and was charged with second-degree assault and third-degree criminal possession of a weapon, felonies. Kimberly Rowe, who lives at 15 Maple Avenue just like Harris, was charged with second-degree menacing and endangering the welfare of a child, misdemeanors.

Rowe was also ticketed in the Maple Avenue meth incident for allowing Harris, whom she knew did not have a driver’s license, to use her black Kia Forte.

Harris was on parole at the time of his arrest after serving three years in prison for felony third-degree criminal possession of a controlled substance with the intent to sell it. That conviction stems from a Nov. 29, 2017 arrest for manufacturing methamphetamine at his Charles Street home and having enough to sell, according to court records and The Cortland Voice archives.

“The People believe this defendant is a key player in drug use and distribution in Cortland County,” wrote Chief Assistant Christopher Simser, Sr. in the 2017 plea agreement. “For some months, this defendant has been under investigation for manufacturing and selling methamphetamine, and for selling other drugs as well.” 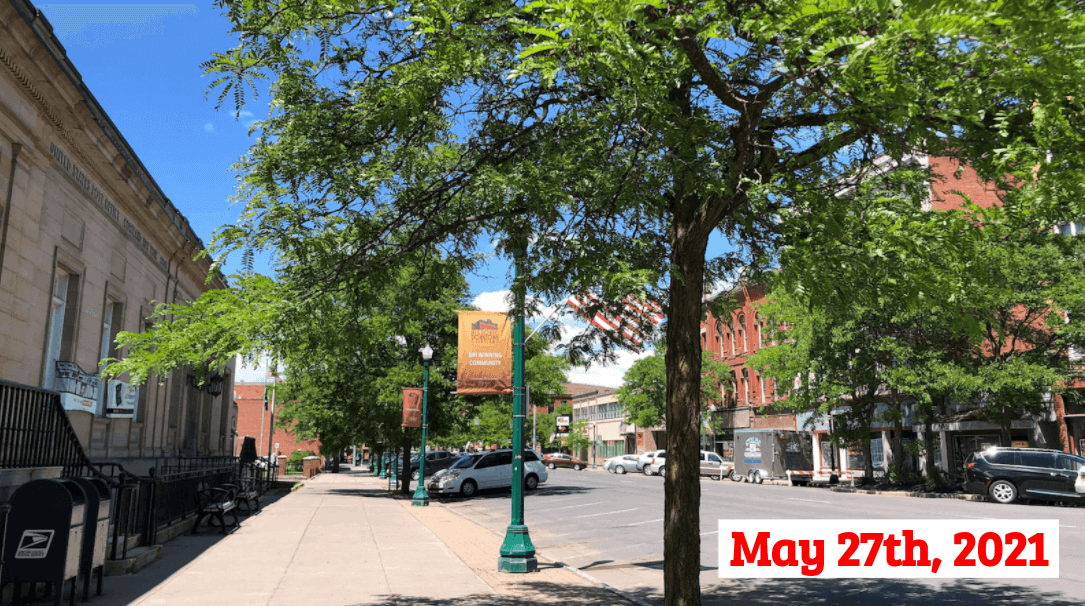