After 21 years of protecting and serving Cortland residents, Officer Jesse Abbott announced this afternoon he is retiring from the Cortland Police Department and the Office of Community Oriented Policing. 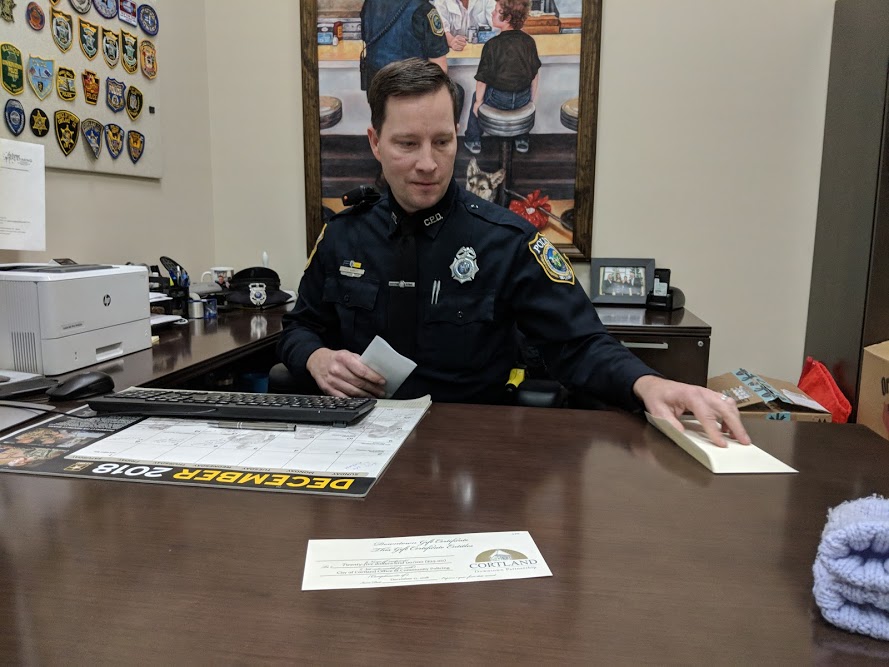 “A little over 21 years ago, I gladly accepted a position as a police officer with the department in my hometown,” wrote Abbott in a post on the community policing office’s Facebook page. “Friday, July 16th, will be my final time to proudly wear the uniform!”

“Abbott is a wonderful police officer and will be missed by the department”, said Guerrera.

Even before Abbott took the lead on the department’s newly-created Office of Community Oriented Policing in 2017, Abbott had left his mark at the CPD, stated Guerrera.

“He’s a great cop,” he said, adding he was often assigned to help the detective bureau because of his investigative skills. “He is very proactive and loved to follow up on investigations.”

Abbott’s detective skills were on full display in April 2020 when his dogged pursuit led to the arrest of a New York City couple for spray painting St. Mary’s Church as part of a music video they created. Facebook searches led Abbott to the video, landmarks pictured in the video led him to an apartment building on Clinton Avenue Extension near Parkwood Drive, where he found a car like the one in the video, which led him to the couple’s apartment, stated Lt. Michael Strangeway at the time.

But Abbott’s signature role would be as the officer in charge of the Office of Community Oriented Policing, or C.O.P.

“He did a lot in that position for our department,” said Guerrera. “Breaking down barriers, opening doors.”

Of the handful of officers that the department considered for the position, Abbott stood out because he already had ideas and goals for the office, he said.

The Stone Soup Community Picnic exemplified Abbott’s activities to reconnect neighbors with each other and with police. Hundreds attended the picnic to eat and talk together at one long, long table that stretched the length of Court Street.

“He’s got a great personality,” said Guerrera of Abbot. “He can become friends with anybody.”

Abbott’s transition to a private career will be a loss for the department, but it hopes to continue the work he started at C.O.P, Guerrera added. The grant for the office has expired, but there is money budgeted to continue the office, stated Guerrera. “It helped us through a lot,” he added, referring to new state community policing mandates.

But the department is already understaffed and five new officers are completing their training in local academies, said Guerrera. The city is also experiencing difficulty recruiting, like many agencies across the country.

In his post, Abbott fondly remembered his fellow officers and the citizens he served, but also looked forward to his next chapter.

“I have had a relatively safe career and have had the pleasure of working alongside the best to ever wear the uniform. I have made lifelong friendships with not only fellow officers, but many of you in the community,” he wrote. “A part of me is still in shock being that law enforcement is what I have done for over two decades, but I am excited for what the future holds for me.”

Congratulations poured in to Abbott from as far away as Texas.

“Welcome to retirement!” wrote Debbie Grabowski, a retired police officer from the Denton County, Texas area. “27 with Dallas PD. I went to College in Cortland. Y'all were an inspiration to me.”

“It’s not April first this time,” wrote Lisa Reitano of Cortland. “Wishing you all the best, Jesse. You will be missed.” 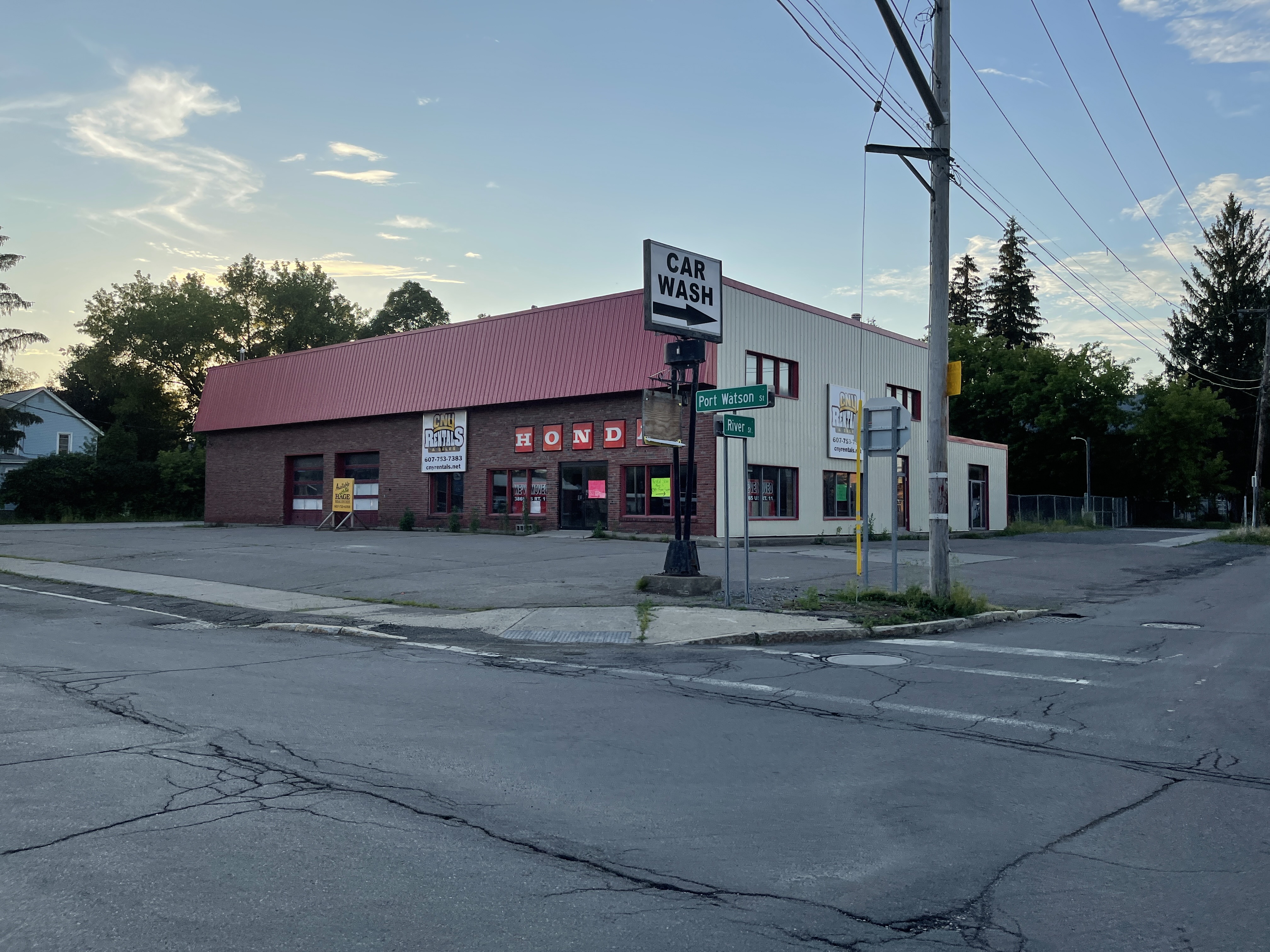 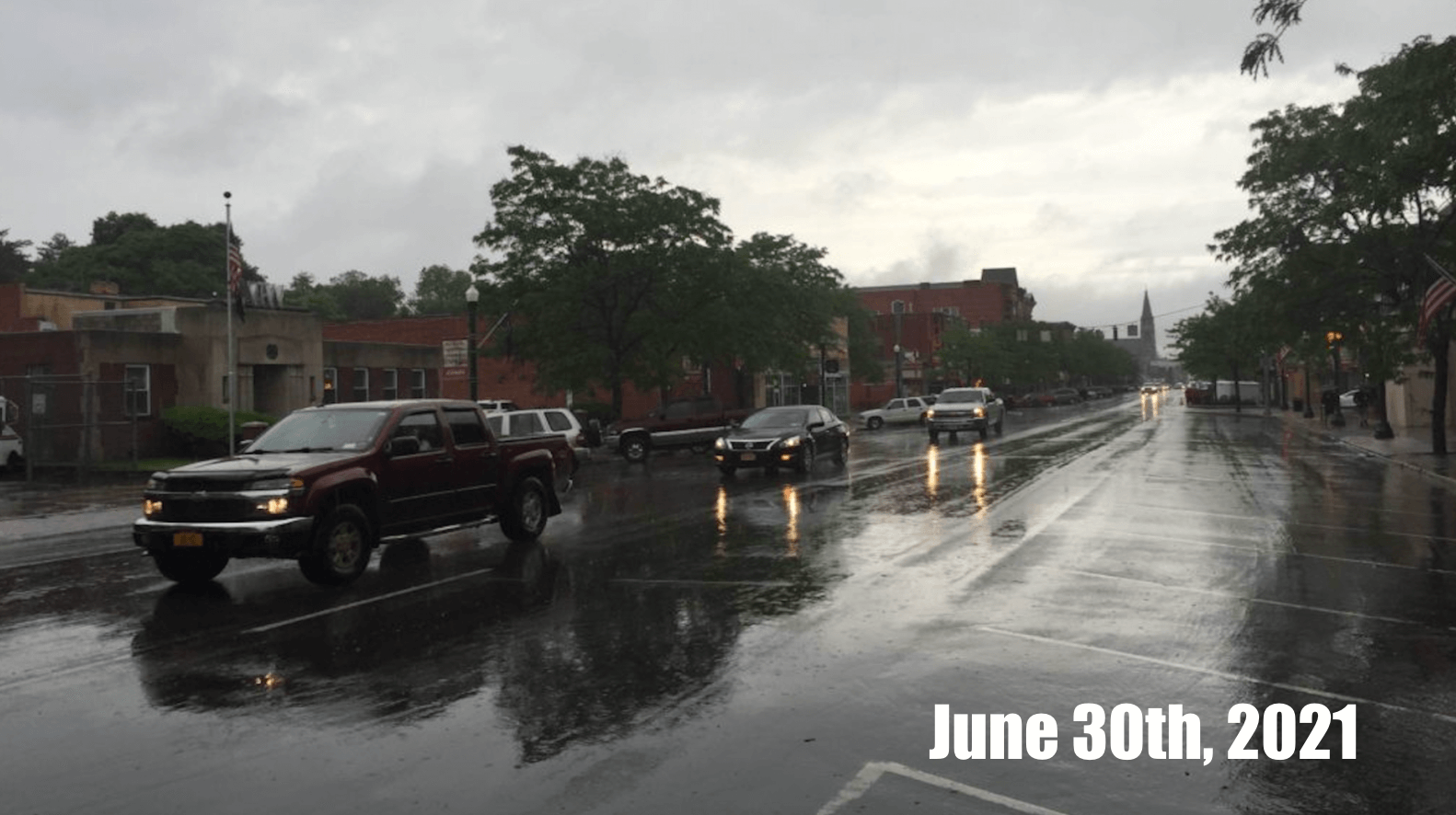